A Collection of large and complex datasets which are difficult to store and process using the traditional database and data processing tool is considered as big data.

Enroll in this Big Data Hadoop Course to learn about Big Data concepts in detail.

Hadoop is an open source framework, or we can say a software platform that lets us write and run applications that process a huge amount of data. It allows distributed processing of large datasets designed to run on the cluster of commodity hardware.

To know more about Big Data, sign up for this Big Data Hadoop Course in Bangalore and learn from industry professionals.

HDFS is the storage system for a Hadoop cluster. As the data arrives into the cluster, the HDFS software divides it into parts and distributes those parts among the various servers participating in the cluster. Only a small fragment of the complete dataset gets stored on each server. Also, to keep the data safe in case of hardware failures, data replicate on more than one server.

As mentioned above in Hadoop a dataset is divided into parts and distributed over various servers, so are the jobs that are used to refine and analyze these data sets. These jobs can run in parallel, and data processing on all the subsets happens simultaneously. Each server processes the data and reports back the result. These jobs are the Map-Reduce jobs.

Let us try and understand the Hadoop ecosystem. The Hadoop framework consists of various modules. 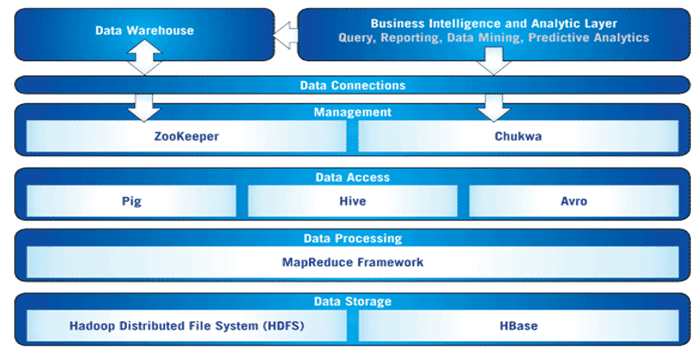 Learn business analytics from this professional Business Analyst Certification in Bangalore and get started with your career journey.

Tools mentioned below will help in bringing the external data from the Hadoop cluster into HDFS. 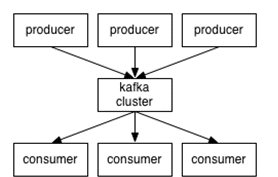 Are you interested in learning about Data Analytics? Enroll in Intellipaat’s Data Analytics Courses in Bangalore to learn from professionals.

Learn about things you should know about Hadoop in our blog at Hadoop Wiki.

1 thought on “The Big Business Balls of Big Data”