AWS is a platform which helps businesses scale and grow by offering secure cloud services like compute power, content delivery, database storage, and other functionality.

AWS full form is Amazon Web Services. Previously a factory would typically build an electricity plant and use it for their purposes. Then power experts would manage electricity plants to provide reliable power supply at a very low cost to these factories as a whole. The electricity could be generated with greater efficiency and the price in this model is also low. AWS cloud follows a similar model where instead of building large scale infrastructures, companies can opt for cloud services where they can get all infrastructure they could ever need.

AWS is a growing cloud computing platform which has a significant share of Cloud Computing with respect to its competitors. AWS is geographically diversified into regions to ensure system robustness and outages. In Japan, Eastern USA, two locations in Western USA, Brazil, Ireland, Singapore, and Australia regions there are central hubs in place. There are over 50 services like application services, networking, storage, mobile, management, compute and many others which are available for the client easily.

To enterprises, start-ups; services can quickly be deployed without these firms needing much capital. As AWS is closely collaborating with GE, Pinterest and MLB the cloud clients can pin, power and play with the features in AWS cloud. Let’s now dig into the components of AWS.

To assess the cloud computing capabilities of AWS we have to first look into the core components of the cloud. There are various components of AWS but we are elucidating on only key components.

Are you interested in learning AWS from expert? Check out Intellipaat’s AWS training and certification

Also known as Amazon compute, AWS has mainly EC2 (Elastic cloud compute) and ELB (Elastic load balancing) as the lead computing services. It is due to the virtue of these instances that companies can scale up or down based upon need. System admins and developers use EC2 instances to get hold and boot the computing instances in the cloud. The pricing is based on usage. The first timers to AWS get around 750 hours of EC2 per month for the first year. But beyond that they have three pricing models like on-demand, spot instance and reserve instance. 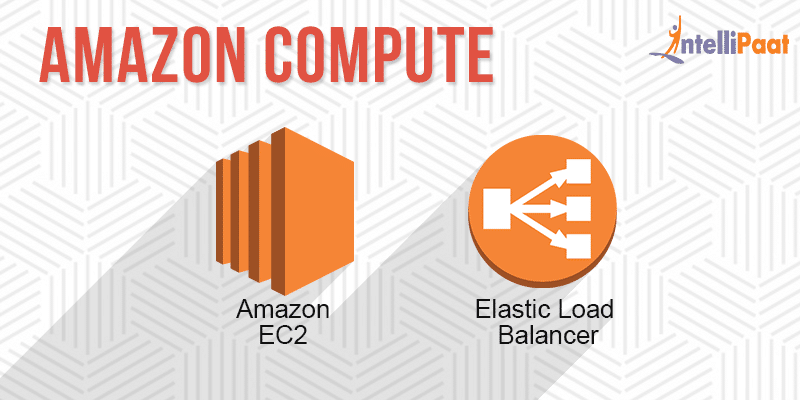 Depending on location, size, complexity and storage requirements on-demand prices range from $0.13 to $4.60.

Reserve instance pricing is where the users are expected to reserve the instance well in advance in the range of one to three years. AWS offers upto 75% discount on on-demand pricing when users reserve the cloud instances.

Spot instance pricing lets users bid on compute instances that are not used. Spot prices differ based on usage, time of day, week or month.

For less human intervention and fault tolerance, AWS ELB distributes the applications widely throughout the EC2 instances. The ELB service is free within 15GB of data processing and 750 hours of monthly service for a year. Larger loads are charged on an hourly basis and each GB transferred. 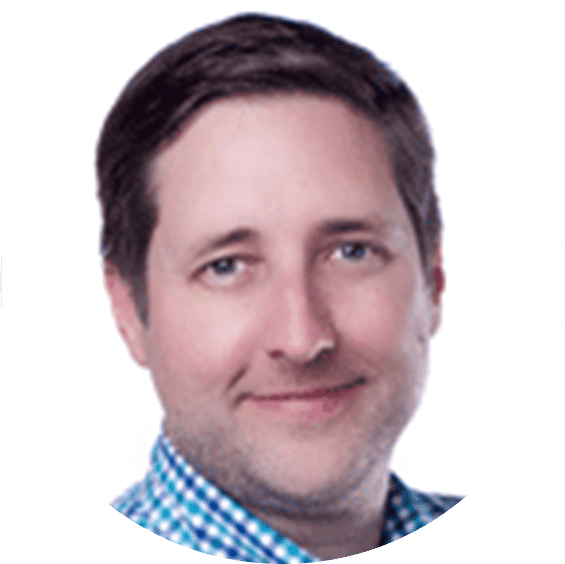 Amazon’s Simple Storage Service (S3), Elastic block storage (EBS) and CloudFront are the three storage choices of Amazon. Storage in AWS is provided through pay-as-you-go model. Amazon S3 is a storage offering of AWS that can store any amount of storage which is required. It is used for various reasons like content storage, backup, archiving and disaster recovery, and also data analysis storage.

Along with free EC2 instance for the first year, AWS also offers 5GB of cloud storage and 20,000 GET requests and 5,000 PUT requests from S3 free for the first year. After first year the pricing is $.0300 for 1GB upto 1TB per month. EBS is very helpful in scaling the EC2 instances. Pricing is based on geographic regions like the disk technology used and the GBs of provisioned storage required. CloudFront is a great storage option for developers and business organizations which facilitates low latency and high data transfer speeds. 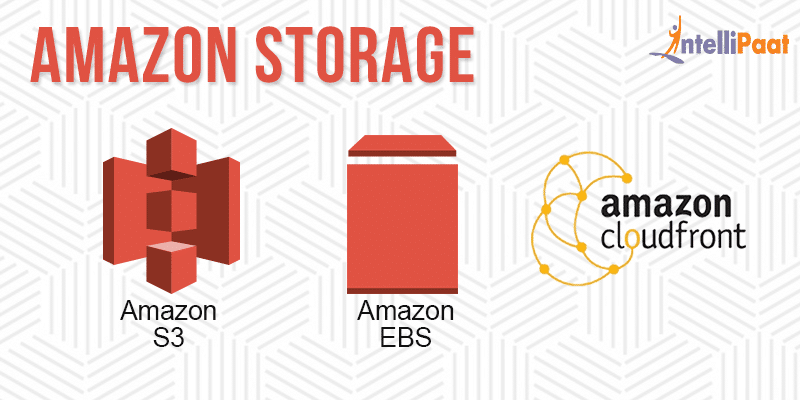 Along with in-memory caching and data warehousing facility in the range of petabytes AWS also scales relational and NoSQL databases. DynamoDB is the NoSQL database which offers high scale, low cost storage. Using EC2 and EBS, users can operate on their own databases in AWS. Relational Database Service(RDS) and Amazon Redshift are the two database services from AWS.

If you have any doubts or queries related to AWS, do post on AWS Community.

AWS offers services for data analytics on all fronts like Hadoop, orchestration and real-time streaming and data warehousing. EMR (Elastic MapReduce) is the analytics   facilitator which is used by the Businesses, data analysts, researchers and developers to process data chunks. Pricing is done on an hourly basis. Redshift also provides some analytics capabilities.

Interested in learning AWS? Go through this AWS Tutorial!

To automate workflow between different services Amazon SQS (Simple Queue Service) is used. A dedicated queue is present which is used in storing messages. The service is free upto 1 million messages per month and after that $0.50 is charged for every million messages.

SWS (Simple Workflow Service) is a task management and co-ordination service for AWS. 10,000 activity tasks, 30,000 workflow days and 1,000 initiated executions for a year are free for users. Above that per workflow users pay around $0.0001.

Amazon Cognito and Mobile Analytics are two popular AWS mobile services. Cognito IDs users and syncs data across their mobile devices. Upto 10GB of cloud sync storage and 10 lakh sync operations per month are free here. Beyond that users are liable to pay around $0.15 for every 10,000 operations.

Usage data within 60 minutes is delivered by Mobile Analytics which tracks applications at scale. Upto one million events usage is free and above that the pricing is $1 for every million.

How does AWS work?

You basically need to sign into an account with the AWS. This would require credit card details from your part. Upon creating the account you can start exploring AWS Management Console and view their services. Amazon hosts in its site 10-minute tutorials in launching a Virtual Machine with Amazon EC2, using S3 how you can upload files to the cloud and also using DynamoDB how you can create and query a NoSQL database. These are only from compute section and you can view the same how-to videos on database, developer AWS tools, messaging, storage and content delivery and much more. 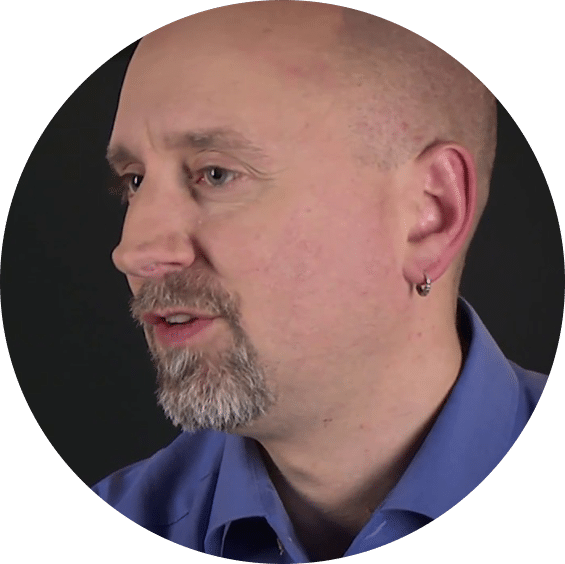 “If we wouldn’t have gone through AWS training then our progress would have much slower. There would have been a lot of pitfalls.”
– Christian Boehm, Head, Data center infrastructure, Siemens

The pay-as-you-go model is a great benefit for those who can’t afford an in-house infrastructure. Startups especially face this situation. They are usually cash strapped and seek cloud services to fulfill their infrastructure requirements. Amazon says that the active users of its cloud are over 10 lakh. 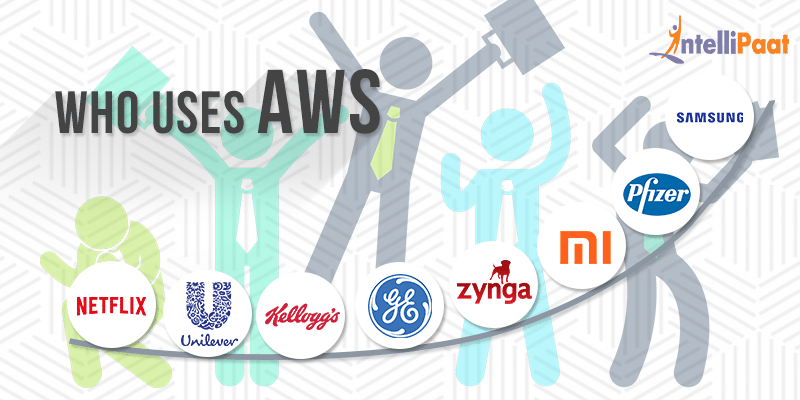 Small, medium firms and startups make up majority of that space with enterprise users being just around 1 lakh.

EC2 units give world class performance at an hourly rate and 90% of the time traditional hardware is not used by large corporates. Huge maintenance is required for that kind of hardware which has to be considered also. During peak hours there is a chance that the hardware may not be sufficient in providing competent service. Hence if the organization had shifted to AWS all of these woes could essentially come to an end. Companies needn’t worry over the maintenance and the cost involved with it. No matter how much demand there is, AWS can scale to that level. AWS is also helpful in big data analytics. In AWS code deployment can be achieved continuously as DevOps processes are expertly supported.

Scalability and adaptability of AWS

Scalability and adaptability are some terms which define AWS. Building a business from scratch is tough. AWS lightens the load in this regard as it provides all the tools which the companies can use to get started on the cloud. The cost of migration is low where enterprises can migrate their services from their existing infrastructure to that of the AWS. As we have said Netflix is the best example to this as almost every instance of the company has been migrated to the AWS cloud. 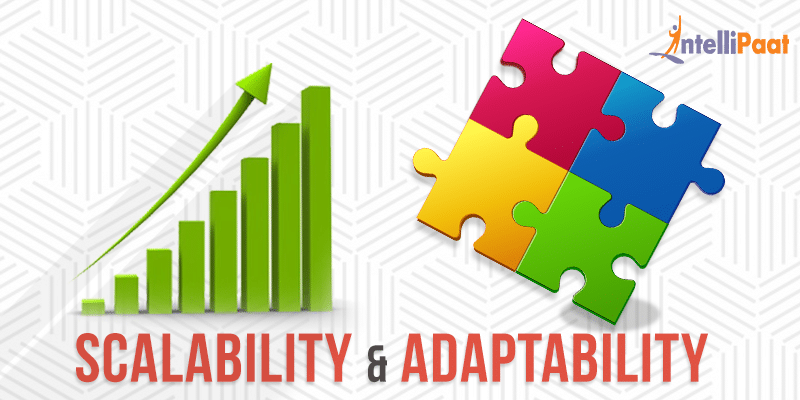 As the AWS services can be flexibly used, customers needn’t worry over about their computing usage. The usage can be very high or very low and the AWS will scale for whichever way the company wants. This high adaptability is what AWS stands for truly.

Get certified from top AWS course in Toronto Now!

Compared to a company website that is self-hosted, AWS is more secure. Dozens of data centers across the world are continuously monitored and has a vigilant team watching over it. As the data centers are spread out, a natural disaster or outage at one location won’t affect other data centers. If you think that is bad then consider this. 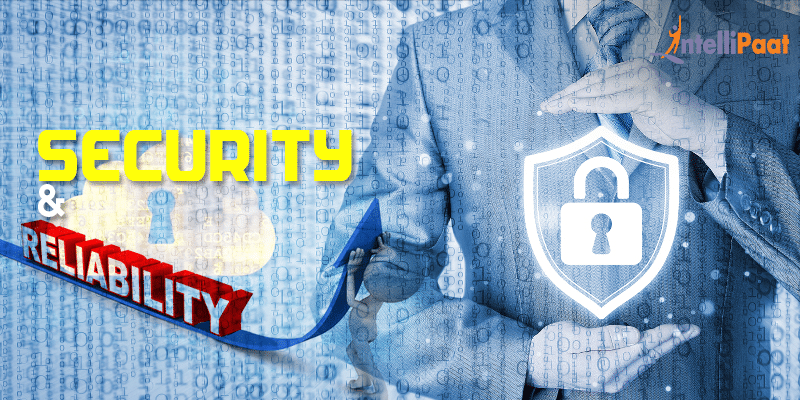 How safe do you think the data is if all of it is centered in one location where many people can get their hands on it. This is the case with most of the enterprises. The location of these data centers in the case of AWS are kept top secret and any issues pertaining them will be cleared promptly.

Here’s a video from Intellipaat on AWS Lambda:

The reason why Amazon is so huge is because of AWS along with its retail arm. We have already said that AWS offers upto 75% discount when the instances are reserved in advance. We all know that AWS is in huge profit and is growing rapidly. This itself says that inspite of providing services at such discounted rates AWS is able to rake that much in profits then imagine how many users are massively using it. Did you know AWS’s IaaS cloud is 10 times greater than the 14 competitors of AWS combined? Stats like this are only possible because of strong capability which AWS provides. Even then large enterprises are ever hesitant to make transition to AWS as we said earlier mainly pinpointing security issues. But again we would like to reiterate the case of Netflix which grew tremendously using AWS. Therefore enterprises can leverage on AWS to achieve such a feat in their own game too. If you own an enterprise then use AWS for infrastructure, if you are a developer, engineer, data professional etc try out the AWS free instances at least, if you are a stock trader then buy the stocks of Amazon before large enterprises realize the potential in AWS.

Want to work with AWS instances? Ready to be an AWS solutions architect? Then Intellipaat’s AWS Solutions Architect Certification Training is there for you.

Importance of Training and Development - 10 Benefi...

Top 10 Online Courses to Take up During Lockdown