This DevOps tutorial for beginners will help you learn DevOps basics and become a certified DevOps practitioner. This tutorial includes pages on various tools and technologies used in DevOps, such as Docker, Jenkins, Chef, Puppet, Ansible, Kubernetes, IAC, and more. Here, you will also learn various concepts including DevOps and Agile, DevOps implementation, DevOps best practices, and so on. Sign up for our DevOps Course and fast-track your career!

Reportlinker also predicts that the DevOps market size would grow up to US$10.3 billion by 2023, at a compound annual rise rate of 24.70 percent during the forecast period. Being in the technology field, you must be aware of this buzzword, DevOps, taking up the IT world by storm. This tutorial will take you through the main concepts of DevOps, along with its important tools and use cases.

Here, we have the list of topics if you want to jump right into a specific one:

What exactly is DevOps?

Don’t get scared with this term ‘DevOps.’ It is nothing but the practice or methodology of making ‘Developers’ and the ‘Operations’ team work together. 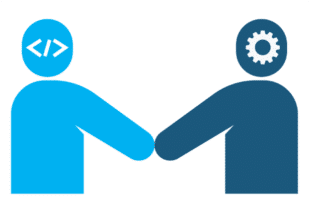 Now, how exactly is this achieved? We will discuss this as we move further.

Before understanding the concepts and methodology of DevOps, we need to understand why do we even need DevOps?

Why DevOps? Why not other methods?

Before DevOps came into the picture, the Waterfall model was the earliest SDLC approach that was used for software development. This method, which was used for illustrating SDLC in a sequential flow, was considered to be reliable at first.

Prepare yourself for the industry by going through these Top DevOps Interview Questions and Answers!

The Workflow of the Waterfall Method

Let’s consider, we’re developing a software using the Waterfall method. Below are the steps that will be included in the SDLC if we’re using this method: 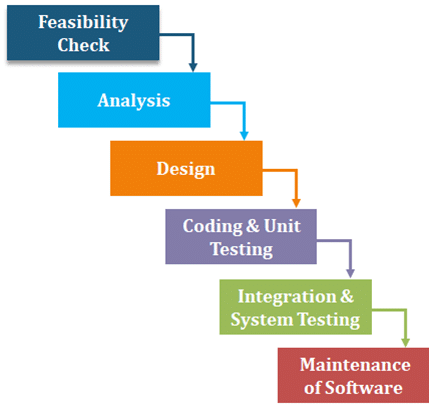 Become a master of DevOps by going through this online DevOps Training in London!

Watch this video on DevOps Tutorial for Beginners:

Now, let’s discuss the advantages and disadvantages of this model.

Because of all these disadvantages, organizations wanted a much efficient model to carry out SDLC. Hence came the Agile method that changed the scenario.

Enroll today in the Best DevOps Course in New York to get a clear understanding of DevOps!

Agile involves an incremental approach like the Waterfall model but with an iterative perspective, along with focusing on customer feedback, incorporating small rapid changes, and speeding up releases. It basically breaks the product into smaller divisions and finally integrates them for the testing process.

Now, let’s take a look at its advantages and disadvantages.

In a nutshell, when the Waterfall model failed to deliver consistency in the result, the Agile methodology came into existence. However, as discussed above, there were many disadvantages to the Agile model as well:

Gaps Between Customers and Developers

Gaps Between the Operations Team and Developers 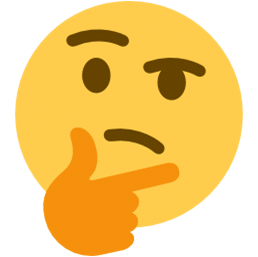 How do you think it was overcome?

It was in this scenario DevOps was introduced in order to overcome the gap between developers and the operations team.

Moving to the next section in this DevOps tutorial, let’s check out the major differences between Agile and DevOps.

Differences Between Agile and DevOps

How exactly does DevOps work?

Let’s move to the next section in this DevOps tutorial and check out the DevOps life cycle. This way, we can understand how DevOps works.

Watch this video on Lean vs Agile vs Waterfall:

DevOps focuses on bringing all the development, operations, and IT infrastructure guys, including Developers, Testers, System Admins, and QAs, under one roof. Hence, all these people together are called DevOps Engineers.

Learn more about DevOps from this DevOps Training in Sydney to get ahead in your career!

You can actually figure it all out from the DevOps diagram illustrated below:

If you have doubts or queries related to DevOps, get them clarified from DevOps experts on our DevOps Community!

These stages are basically the aspects for achieving the DevOps goal. 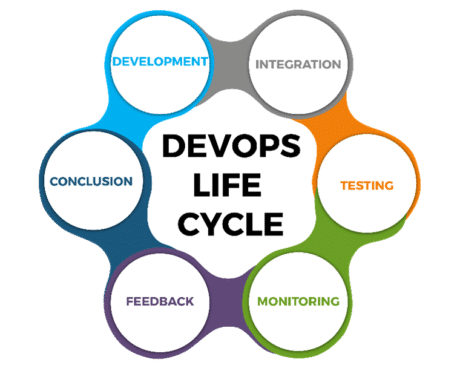 Now, let’s discuss each of them in detail.

In the Waterfall model, our software product gets broken into multiple pieces or sub-parts for making the development cycles shorter, but in this stage of DevOps, the software is getting developed continuously.

It is a very crucial part of the DevOps life cycle where it provides important information that helps us ensure service uptime and optimal performance. The operations team gets results from reliable monitoring tools to detect and fix the bugs/flaws in the application.

Let’s now talk about some of the major DevOps tools in the next section of this DevOps tutorial.

Interested in becoming a DevOps expert? Go for our DevOps Course in Toronto!

The most popular DevOps Tools are discussed below. 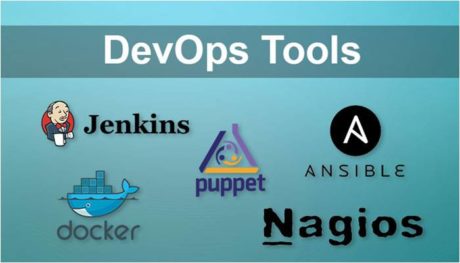 After being successfully implemented in SDLC, now DevOps is considered as the key to speed up various cloud platforms. Its all-rounder performance has attracted aspirants to build a career in this domain, and hence having sound knowledge is imperative for them.

DevOps is a contemporary approach that lets companies utilize numerous benefits. Some of the major DevOps benefits are as follows:

DevOps breaks down the conventional style of departmentation where each task is designated to a certain team and, in effect, it used to be siloed. This, in turn, reduced flexibility and responsiveness. Going beyond the lines of organizational hierarchy, DevOps promoted mutual cooperation and communication.

DevOps stresses continuous improvement by aligning business with IT. It strives to reduce the feedback cycle and delivery loops which, in turn, increases customer satisfaction.

In DevOps, teams build a culture of trust and cooperation that encourages them to improve the organizational products and services by continuously working on creativity and innovation. These attempts allow organizations to better understand and address their customer needs.

With DevOps, organizations become more performance-based than power-based. This makes the workforce more creative and productive while reducing turnover and improving retention.

As we have learned about DevOps, its life cycle, and its major tools, along with their functionalities, now let’s move forward and discuss a well-popular use case of DevOps in Netflix.

DevOps Use Case in Netflix

We all know about Netflix, the world’s leading media-subscription provider that streams various TV shows and movies on our favorite smart devices, delivering the best experience anywhere at any time to more than 75 million global customers.

Let’s understand this from the diagram below:

Before going with Spinnaker for deployment, the code has to be first built and then tested.

Netflix uses Nebula for the build; it considers Nebula as the best build tool for Java applications. It is a collection of Gradle plugins meant for Netflix engineers to eliminate boilerplate build logic and provide sane conventions. 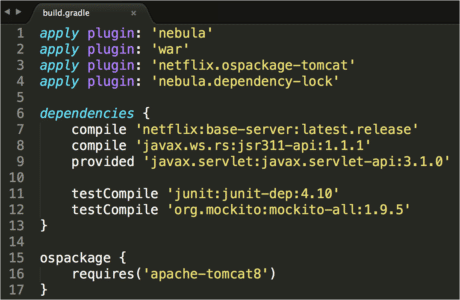 Further, the code is tested locally using Nebula. The changes, if any, are committed to their central Git repository. Also, Netflix migrates its monolith application to the cloud-based microservices in AWS. The microservice architecture allows teams at Netflix to be loosely coupled, building and pushing changes at a speed they are comfortable with.

A Jenkins job is created that helps execute Nebula, which further builds, tests, and packages the application for further deployment. The build is further ‘baked’ into an Amazon Machine Image (AMI). For generating AMIs from the source, Netflix creates a bakery, and the bakery exposes an API that facilitates the creation of AMIs globally.

Once the baking is complete, Spinnaker comes into the picture that helps in deployment by making the resultant AMIs available for the tens, hundreds, and thousands of instances.

After this continuous integration, deployment, and final availability, the application goes live.

DevOps Engineers are among the highest paid professionals in the technology domain! Join DevOps Training in Hyderabad!

Since we thoroughly understand what DevOps is and how it works, now, we need to know the skill set a DevOps Engineer should possess.

Roles and Responsibilities of a DevOps Engineer

DevOps is more of a culture that is being incorporated by the giants in the IT world currently. DevOps, when practiced the right way keeping certain roles and responsibilities in mind, helps overcome the gap between development and operations teams.

The roles and responsibilities of DevOps Engineers are as follows: 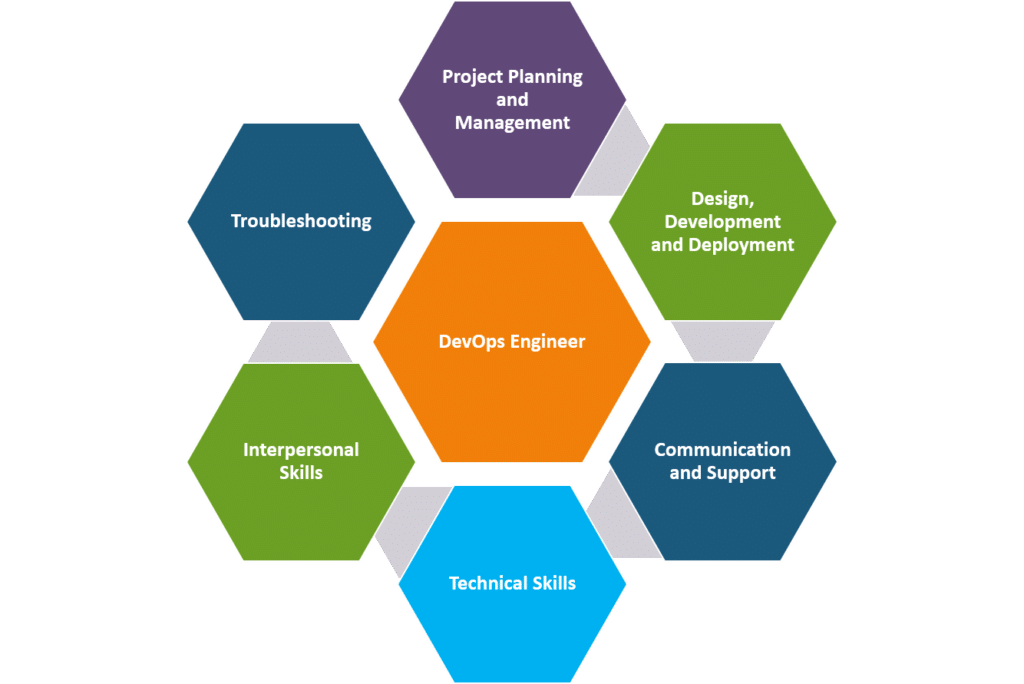 The main aim behind adopting all these roles and responsibilities is to be able to perform coding, scripting, and process re-engineering.

DevOps opens up a huge world of career options. If we are skillful enough and certified, we can go for any of the below-mentioned profiles and bag high salaries.

From this extensive DevOps tutorial, we acquired a detailed understanding of DevOps, its life cycle, various DevOps tools, its use cases, and most importantly the roles and responsibilities of DevOps Engineers.

While here we covered quite a bit of the core functionality of DevOps, there is still a lot more to know. If you’re looking forward to learning more about it, then you must go for a structured DevOps Certification Training provided by Intellipaat, where you will work on various case-based scenarios, along with exhaustive topic-wise assignments, hands-on sessions, and various industrial-based projects, which would prepare you for getting placed in top-notch companies.

This course will help you understand DevOps concepts, the most important tools and frameworks that you must learn to use to become a successful and productive DevOps team member at your workplace.

Do let us know in the comment section if this DevOps tools tutorial for beginners was helpful to you.

In the traditional software development life cycle, the time to deploy code is huge. In this DevOps tutorial, you’ll learn DevOps from scratch to solve traditional development and deployment conflicts by integrating the two aspects throughout the service lifecycle, from design to development to production and support.

Why should I learn DevOps?

By learning DevOps, you can accelerate the process of delivering applications and software services at high speed. In addition, you can learn to minimize risk factors by engaging early feedback from end-users and stakeholders

Is DevOps easy to learn?

It depends on people to people. In general, DevOps is not easy to learn because the DevOps engineer’s role requires a lot of skill and can only be developed or refined after years of experience. To be a successful DevOps engineer, you need a wealth of practical experience.

Who should learn DevOps?

DevOps requires continuous planning, coding, authoring, integration, and testing. All these phases are largely focused on developers. Thus, to learn DevOps, you must be an IT Professional working as a Software Tester, System Admin, Solution Architect, Security Engineer, Application Developer, and Integration Specialist.

What does this DevOps tutorial cover?

This DevOps tutorial covers the various tools and techniques used in DevOps, which will help you learn the basics of DevOps. You will learn DevOps implementation, its best practices, and much more.

What does a DevOps professional do?

DevOps engineers work with IT developers to facilitate better coordination between development, operations, and test functions by simplifying integration and deployment processes. Learning DevOps will allow you (as a software developer) to version control the code, track production builds, and more.

Is DevOps in demand?

Yes. According to Gartner’s, DevOps industry is expected to grow six-fold by 2022 and Forbes predicts that DevOps and cloud computing positions will be one of the highest paying jobs in the next few years.

Is DevOps a good career?

If you want to explore and use a variety of technologies and processes, DevOps is great. DevOps experts make it easy for programmers and companies to automate their work.

5 thoughts on “DevOps Tutorial for Beginners”