MDX (Multi – Dimensional eXpressions) is a query language used to retrieve data from multidimensional databases. More specifically, MDX is used for querying multidimensional data from Analysis Services and supports two distinct modes.
The Intellipaat SSAS online training is all you need to get ahead in your career.
MDX is not a proprietary language; it is a standards – based query language used to retrieve data from SSAS databases. MDX is part of the OLE DB for OLAP specification sponsored by Microsoft. Many other OLAP providers support MDX, including Microstrategy’s Intelligence Server, Hyperion’s Essbase Server, and SAS’s Enterprise BI Server.
When one refers to MDX they might be referring either to the MDX query language or to MDX expressions. Even though the MDX query language has similar syntax as that of SQL, it is significantly different. 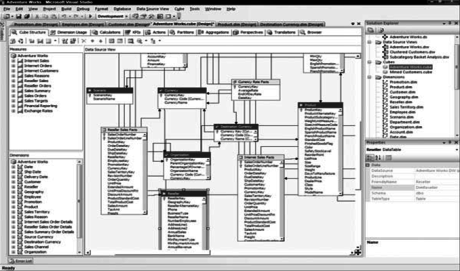 The keywords WITH ,SELECT , FROM , and WHERE along with the expressions following them are referred to as a clauses . In the preceding MDX query template, anything specified within square brackets means it isoptional; that is, that section of the query is not mandatory in an MDX query. We can see that the WITH and WHERE clauses are optional because they are enclosed within square brackets.
The WITH clause is typically used for custom calculations and operations.

The SELECT Statement and Axis Specification

Three axes are specified in the SELECT statement. Data from dimensions Measures, Customers, and Product are mapped on to the three axes to form the axis dimensions.
This statement could equivalently be written as :

The cube_expression denotes the name of a cube or a subsection of a cube from which we want to retrieve data. In SQL’s FROM clausewe  can specify more than one table, but in an MDX FROM clause we can define just one cube name.
The cube specified in the FROM clause is called the cube contextand the query is executed within this cube context. That is, every part of axisexpressions are retrieved from the cube context specified in the FROM clause:
SELECT [Measures].[Internet Sales Amount] ON COLUMNS
FROM [Adventure Works]
This is a valid MDX query that retrieves data from the [Internet Sales Amount] measure on the X – axis. The measure data is retrieved from the cube context [Adventure Works]. Even though the FROM clause restricts us to working with only one cube or section of a cube, we can retrieve data from other cubes using the MDX LookupCubefunction.
When there are two ore more cubes having common dimension members, the LookupCubefunction retrieves measures outside the current cube’s context using the common dimension members.

The WHERE Clause and Slicer Specification:

In  any relational database work that we do, we issue queries that return only portions of the total data available in a given table, set of joined tables, and/or joined databases. This is accomplished using SQL statements that specify what data we do and do not want returned as a result of running your query.
Here is an example of an unrestricted SQL query on a table named Product that contains sales information for products:
SELECT *
FROM Product
Assume the preceding query results in five columns being retrieved with the following four rows

The * represents “ all, ” meaning that query will dump the entire contents of the table. If we want to know only the Color and Product Line for each row, we can restrict the query so that it returns just the we want. The following simple example demonstrates a query constructed to return just two columns from the table:

This query returns the following:

The MDX SELECT statement is used to identify the dimensions and members a query will return and the WHERE statement limits the result set by some criteria. The preceding SQL example restricts the returned data to records where Color = ‘ Silver ’ . Note that in MDX members are the elements that make up a dimension ’ s hierarchy. The Product table, when modeled as a cube, will contain two measures, Sales and Weight, and a Product dimension with the hierarchies ProductID, ProductLine, and Color. In this example the Product table is used as a fact as well as a dimension table. An MDX query against the cube that produces the same results as that of the SQL query is :

This query returns the following:

The two columns selected in SQL are now on the axes COLUMNS and ROWS. The condition in the SQL WHERE clause, which is a string comparison, is transformed to an MDX WHERE clause, which refers to a slice on the cube that contains products that have silver color.

The slicer dimension is what you build when you define the WHERE statement. It is a filter that removes unwanted dimensions and members.
The slicer dimension includes any axis in the cube including those that are not explicitly included in any of the queried axes. The default members of hierarchies not included in the query axes are used in the slicer axis. When there are tuples specified for the slicer axis, MDX will evaluate those tuples as a set and the results of the tuples are aggregated based on the measures included in the query and the aggregation function of that specific measure.

The WITH Clause and Calculated Members

A named set is nothing but an alias for an MDX set expression that can be used anywhere within the query as an alternative to specifying the actual set expression.

The following are examples of calculated member statements:
Example 1 :

In Example a calculated member, Profit, has been defined as the difference of the measures [Internet Sales Amount] and [Internet Standard Product Cost]. When the query is executed, the Profit value will be calculated for every country based on the MDX expression. 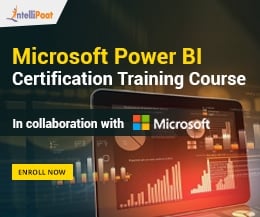 MDX Expressions
MDX expressions are partial MDX statements that evaluate to a value. They are typically used in calculations or in defining values for objects such as default members and default measures, or for defining security expressions to allow or deny access. MDX expressions typically take a member, a tuple, or a set as a parameter and return a value. If the result of the MDX expression evaluation is no value, a Null value is returned.
Following are some examples of MDX expressions:
Example 1

An operator is a function that is used to perform a specific action, takes arguments, and returns a result. MDX has several types of operators including arithmetic operators, logical operators, and special MDX operators.

Regular arithmetic operators such as +, – , *, and / are available in MDX. Just as with other programming languages, these operators can be applied on two numbers. The + and – operators can also be used as unary operators on numbers. Unary operators, as the name indicates, are used with a single operand (single number) in MDX expressions such as + 100 or – 100.

Example 2: The result of the MDX expression

The cross product of the sets as shown here:

MDX supports the comparison operators < ,< =, > , > =, =, and <> . These operators take two MDX expressions as arguments and return TRUE or FALSE based on the result of comparing the values of each expression.
Example:

The curly braces, represented by the characters { and }, are used to enclose a tuple or a set of tuples to form an MDX set. Whenever we have a set with a single tuple, the curly brace is optional because Analysis Services implicitly converts a single tuple to a set when needed. When there is more than one tuple to be represented as a set or when there is an empty set, we need to use the curly braces.
The comma character is used to form a tuple that contains more than one member. By doing this you are creating a slice of data on the cube. In addition, the comma character is used to separate multiple tuples specified to define a set. In the set {(Male,2003), (Male,2004), (Male,2005),(Female,2003),(Female,2004),(Female,2005)} the comma character is not only used to form tuples but also to form the set of tuples.
The colon character is used to define a range of members within a set. It is used between two non -consecutive members in a set to indicate inclusion of all the members between them, based on the setordering (key – based or name – based).
For example:

MDX functions can be used in MDX expressions or in MDX queries. MDX expressions or queries including ordering tuples in a set, counting the number of members in a dimension, and string manipulation required to transform user input into corresponding MDX objects.

MDX functions can be called in several ways:

Example: Dimension.Name returns the name of the object being referenced (could be a hierarchy or level/member expression). Perhaps this reminds us of the dot operator in VB.NET

Example: Username is used to acquire the username of the logged – in user. It returns a string in the following format: domain – name\user – name. Most often this is used in dimension or cell
security related MDX expressions. The following is an example of how username can be used in an MDX expression:
WITH MEMBER Measures.User AS USERNAME
SELECT Measures.User ON 0 FROM [Adventure Works]

Example: The function CalculationCurrentPass ( ) requires parentheses, but takes no arguments.

Example: OpeningPeriod( [Level_Expression [ , Member_Expression] ] ) is an MDX function that takes an argument that can specify both level_expressionwitHmember_expression or just the member_expression itself. This function is most often used with Time dimensions, but will work with other dimension types. It returns the first member at the level of the member_ expression. For example, the following returns the first member of the Day level of the April member of the default time dimension:
OpeningPeriod (Day, [April])

Set functions,  operate on sets. They take sets as arguments and often return a set. Some of the widely used set functions are Crossjoinand Filter .
Crossjoinreturns all possible combinations of sets as specified by the arguments to the Crossjoinfunction. If there are N sets specified in the Crossjoinfunction, this will result in a combination of allthe possible members within that set on a single axis.
Example:

This query produces the cross product of each member in the Product dimension with each member of the Customer dimension along the sales amount measure. The following are the first few rows of results from executing this query:

The ParallelPeriodfunction is used to compare measure values relative to various time periods.

Numeric functions come in used when we are defining the parameters for an MDX query or creating any calculated measure.
The most common of the numeric functions is a simple one called Count along with its close cousin, DistinctCount. The Count function is used to count the number of items in the collection of a specific object like a Dimension, a Tuple, a Set, or a Level. The DistinctCountfunction, on the other hand, takes a Set_Expression as an argument and returns a number that indicates the number of distinct items in the Set_Expression, not the total count of all items.
Here are the function definitions for each:

Functions in these groups are typically used for navigation and manipulation. Here is an example of just such a function, the “ Level ” function from the Level group:

1 thought on “Introduction to MDX”

Find MSBI Training in Other Regions