UI designers design the visual elements of a product that users interact with, while UX designers make sure that the design is aligned with the user needs. UI/UX designer is an in-demand job with lots of companies looking to hire for this profile. In this blog, you will read about the UI/UX designer job description for 2022.

The following topics are going to be covered in this blog:

Roles of a UI/UX Designer Job

Want to become a professional? Enroll in our UI UX Design course in Mumbai!

Let us take a look at what are the responsibilities of a UI/UX designer:

Watch this UI/UX Tutorial for Beginners:

The following are the most important skills that are required to become a UI/UX designer:

Check our blog on Top UI UX Project Ideas and master the technology.

Day-to-day Responsibilities of a UI/UX Designer

For a UI/UX designer, no two workdays are the same. UI/UX designers have a wide range of activities to go through such as planning, mapping user journey, designing screens, research, etc. Let us take a look at some of the day-to-day responsibilities of a UI/UX designer:

But these are just some of the things that UI/UX designers do during their workday. They may do a lot more.

Why are the UI/UX Designer Jobs so interesting?

There is a high demand for UI/UX designers. Some of the reasons why this job is so interesting are:

Lately, UI/UX design has been a highly popular field. Brands that do not have a digital presence are not taken seriously anymore. The website or mobile app is the face of the brand. It helps build connections between the customers and the brand. The better UX and UI a company is able to provide, the better it performs with the customers. UI/UX is ranked sixth on Glassdoor’s “Top 25 highest-paying entry-level jobs”.

Want to become a professional? Enroll in our UI UX Design course in Pune!

Who is a UI/UX Designer?

UI and UX design are two easily confused terms. Let us take a look at who UI or UX designers are separately.

Who is a UI Designer?

A user interface (UI) designer is responsible for designing all the screens that users move through while browsing an app, website, or video game. They also create all the visual design elements to help users move through the website.

Who is a UX Designer?

A user experience (UX) designer is responsible for the various aspects of a product’s development. This includes design, function, usability, marketing, and branding. They are responsible for a user’s entire interaction with the product.

What does a UI/UX Designer Do?

A UI/UX designer is crucial to a user’s opinion of a product. UI and UX are different things, as already discussed, but having them both go hand in hand is important for a company’s design decisions.

A UI designer makes sure that it is easy for the users to navigate around using visual elements. A UI designer conducts thorough research about the users’ requirements and implements those design decisions in the product.

Preparing for UI developer job interviews? Have a look at our blog on UI Developer interview questions right away!

UI/UX designers are pretty well paid around the world. The need for UI/UX designers has also increased in the last five years owing to the advancements in technology and the popularization of digital mediums of communication.

Let us take a look at the salary trends for UI/UX designers in India.

The average salary for a UI designer in India is ₹478,233 p.a. Let us take a look at how much UI designers are paid in different cities:

Want to become a professional? Enroll in our UI UX Design course in Chennai!

The average salary for a UX designer in India is ₹623,055 p.a. Let us take a look at how much UX designers are paid in different cities:

Get ready for a UX Designer job by going through these UX Designer Interview Questions and Answers!

Even though it is not uncommon for one person to take on the role of both UI designer and UX designer, the job is better done separately, but collaboratively, as both these fields focus on different things.

Have more queries? Ask away in Intellipaat’s Community Forum! 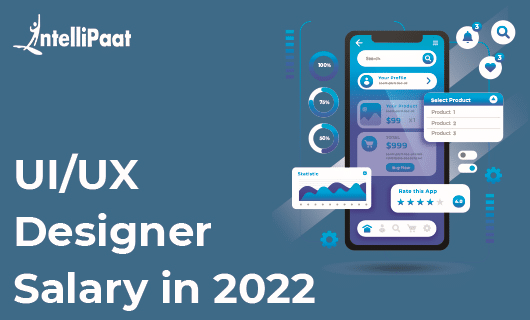 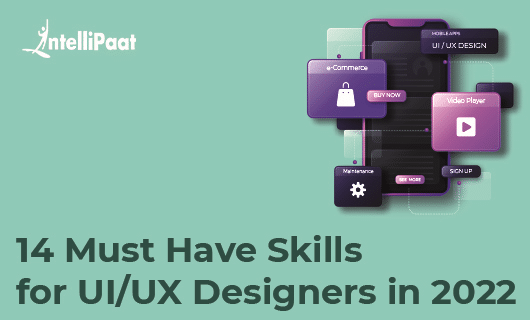 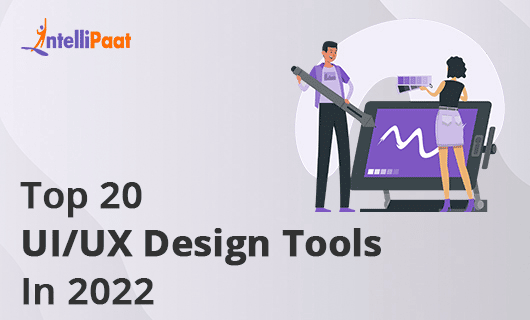