Elon Musk Vs Mark Zuckerberg: A Verbal Spat between Two CEOs over AI!

The similar kind of discussion made the headlines the day two billionaire CEOs got into a heated argument over the future of AI and its possible risk on mankind. On one side there was Mark Zuckerberg and on the other side there was Elon Musk. No doubt both are tech giants, but they have a serious disagreement over the future of AI. One sees the glass as half full and other sees it as half empty.

Mark envisions the possibilities and advancements AI can bring while Elon Musk denies all these facts by describing Mark’s knowledge as ‘Limited’.

I’ve talked to Mark about this. His understanding of the subject is limited.

“I keep sounding the alarm bell, but until people see robots going down the street killing people, they don’t know how to react, because it seems so ethereal.”- Elon Musk, in a gathering of US Governors.

Soon after Mark Zuckerberg described Musk’s anticipations as ‘irresponsible’ during an interview by saying:

“I think people who are naysayers and try to drum up these doomsday scenarios — I just, I don’t understand it. It’s really negative and in some ways I actually think it is pretty irresponsible.”

Mutual Growth of Man and Machine?

In an interview with Barry Libert, Digital Board Member, CEO & Advisor of Dover, AI is going to touch every aspect of human lives but it is more of a mutual growth and development for man and machine.

“I am on the side of technology and its positive impact on society. Everyone can be a part of this journey, but they just have to accept that biology and technology are increasingly becoming one and the same-integrated at the anatomical level.” He says.

What Barry pointed out fits into the current scenario, but we cannot deny the fact that experts are already discussing the potential risks of AI on the economy and civilization.

We asked Prasad Pore, Data Analyst, Finance Ireland Limited, for opinion on slowing down the growth of AI which he believes is completely impossible. He considers AI as a double-edged sword and agrees with Musk’s argument.

Emergence of Technology: Boon or Curse to Mankind? 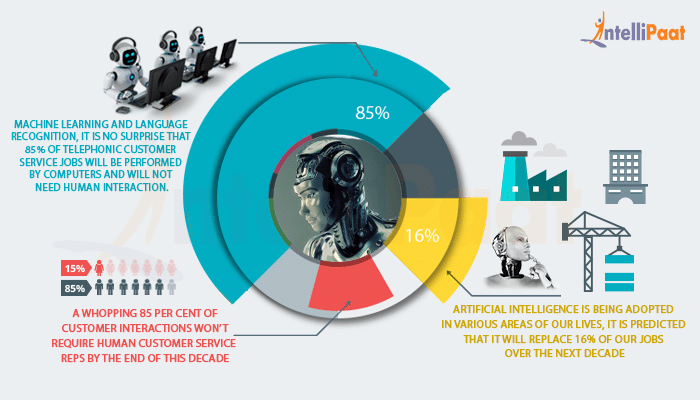 While slowing down the development of technology is not an option, there are data scientists who consider it as a major lifeline. Viral Shah, the Founder and CEO at Julia Computing, seems to be quite positive about the future of AI and expects a lot of new technologies to emerge and revolutionize the way industries operate. He advocates for technologies expects society to embrace the changes brought by technology and innovation.

“Both sides are valid simultaneously. Reality has a curious way of playing out in a way you cannot foresee or imagine. My view is that one cannot stop innovation, and it is the only way forward. At the same time we have to worry about those who fall behind. Governments will have to simultaneously encourage innovation and design social safety nets for those affected” He envisages.

Well! It is true. Being an inventor himself Viral has took the generation of AI one step forward. As a language, Julia was designed to make high performance calculations such as those in AI programs easy to use by programmers.Through the improvements provided by systems such as Julia, AI programming will be further democratized, and the pace of innovation and adoption will only increase.

On the other hand Tarek, Data Scientist at Catawiki, has a realistic approach. He agrees with the fact that machines have come a long way, but it is nowhere near to a human being and his brain. It is machine learning experts who educate machines by feeding them algorithms.

“Yes, we see algorithms doing complex tasks from stock trading to sequencing DNA’s and diagnosing diseases. From identifying dogs breeds from their pictures to self driving cars and creating music. No matter how glossy those achievements are, machines are still far from being self conscience and controlling the world.” He says.

Clearly, some are believers and some are non-believers. However one thing is clear that slowing down the growth of AI is definitely not possible. With technologies touching every aspect of our lives, it is impossible to separate the digitization in this advanced phase.

As per Viral Shah, “General purpose technologies that can be widely applied across a variety of domains – the steam engine, electricity, assembly lines, and internet have defined industrial revolutions. It appears that AI algorithms have the potential to have similar impact. It is hard to predict in these early days what the limitations will be, but if the promise pans out, then AI will become a general purpose technology like many others.”

Both the viewpoints cannot be negated as any innovation has both the positive and negative implications. It is up to people as to what they need and to which extent. Looking at the opinions of these top data scientists we can definitely come to one conclusion that man and machines are two inseparable parts of a single ecosystem and development is a fundamental process followed by both.

How to learn Data Science from Scratch?

Elon Musk Vs Mark Zuckerberg: A Verbal Spat between Two CEOs over AI!