This section of the Big Data Hadoop tutorial will introduce you to the Hadoop Distributed File System, the architecture of HDFS, key features of HDFS, the reasons why HDFS works so well with Big Data, and more.

HDFS and its Architecture 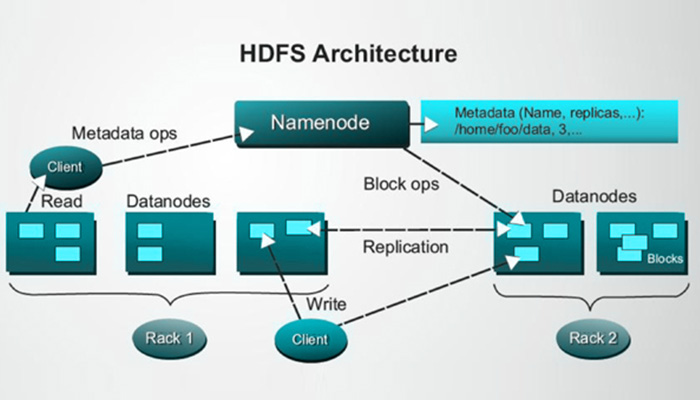 Hadoop stores petabytes of data using the HDFS technology. Using HDFS it is possible to connect commodity hardware or personal computers, also known as nodes in Hadoop parlance. These nodes are connected over a cluster on which the data files are stored in a distributed manner. Using the power of HDFS the whole cluster and the nodes can be easily accessed for data storage and processing. The access to data is strictly on a streaming manner using the MapReduce process.

The reasons why HDFS works so well with Big Data: