In this HBase tutorial you will learn HBase to apply for the best jobs in the big data domain. Through this HBase tutorial you will understand various aspects of HBase Shell, operations using Java API, integration with MapReduce, admin API, performance tuning, general commands, creating, listing and enabling of tables. Learn HBase from Intellipaat HBase training and excel in your career.

In this HBase tutorial, you will be discovering the top NoSQL database which operates on top of the Hadoop Distributed File System (HDFS). With several NoSQL choices, how will you choose one? It simply depends on the requirements of the enterprises/users and also not every NoSQL serves the same purpose and thus, the use cases for every single platform is slightly different from one another. The best is that none of them can be considered a replacement; the enterprises are gravitating towards three of the strong options, i.e.  NoSQL DBs, i.e. HBase, Cassandra, and MongoDB.

Some of the features which make HBase a strong technology for big data computing are:

In this HBase tutorial, you will learn HBase from the very basics so that you get a clear idea of what
HBase is all about. HBase has reached a major milestone in project development and database usage. It is a column-oriented key-value data store and has idolized widely because of its lineage with Hadoop and HDFS. HBase runs on top of HDFS and well-suited for faster read and writes operations on large datasets with high throughput and low input/output latency. Unlike relational and traditional databases, HBase does not support SQL scripting instead written in Java employing similarity with MapReduce application.

The difference between HBase and HDFS can be better understood from the following comparative analysis:

Nonetheless, it is not only the common roots of Hadoop and HDFS, but HBase is known for its remarkable scalability so much so that it can handle an increase in load and performance demands by adding various server nodes. Providing optimal performance when consistency is critical, it gives leverage to developers with SQL expertise by a modern distributed system. You can get more to know more technical functionalities of HBase in this tutorial.

Intellipaat’s HBase tutorial will let you learn HBase very fast and efficiently. You will get to know the practical implementation of this NoSQL database and operations using Java API. Aiming to provide a comprehensive understanding of technology, we include an explanation of basics and advanced features of Client API. Further, its integration with MapReduce (another essential feature), cluster tuning and repeated testing performance are also explained well meticulously in the tutorial.
More interactive and specific than a book, the learning is dedicated to imparting complete information using examples. Besides primary learning, you can find additional contemporary database facts that will be useful in your professional career. You will receive a quick idea of creating fault-tolerant databases for saving massive amounts of sparse data.
You can also take a quick tour of the training courses we offer in niche technology and learn them anywhere, anytime and on any device. Our training prepares learners for Professional Certification Courses provided by renowned, authentic training providers.

This blog will help you get a better understanding of Introduction to Hbase! 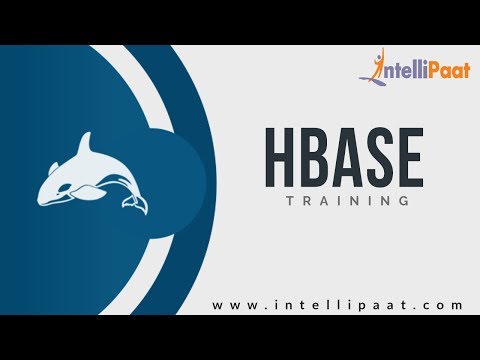