This MongoDB tutorial is specifically designed for software professionals and for students who want to learn MongoDB database in much simpler and easy steps. In this extensive tutorial, you will be learning about MongoDB concepts. After reading through this MongoDB tutorial, you can take up any project, which will require MongoDB as a database, and you can implement the concepts that you have learned. So, let us start!

Basically, MongoDB is a NoSQL database that is used to store high-volume data. Around the year 2000, it came in the light.
It is written in C++ programming language, which makes it a highly scalable and performance-oriented database. It works on the concept of collection and documentation.

When you look at the data storage, you will find MongoDB storing data as JSON-like documents, i.e., from document to document, fields can vary. Also, the data structure can be changed over time.
The document model of it maps to the objects in your application code, making data easy to work with.

MongoDB is available free of cost. Before October 16, 2018, MongoDB versions were released under AGPL. However, all the versions after this date, including the patch fixes of the prior versions, are published under the Server Side Public License (SSPL) v1.

Below is an outline of the topics that we are going to cover in this MongoDB tutorial:

Another important feature of MongoDB is that it supports MapReduce and aggregation tools. In its MapReduce operations, the map() operation can write results to a collection. If you perform the subsequent reduce() operation on the same input collection, then it merges or replaces or reduces the new results with the previous results.

There are some more features of MongoDB. Let’s check out:

As we have known the features of MongoDB, moving ahead, we will learn the architecture of it in detail.

The main purpose of designing MongoDB was to meet the demands of the modern-day apps and this is made possible with the unique architecture of it.

The MongoDB architecture provides you with the document data model that is the best way to work with data.

Get ready for the high-paying MongoDB jobs with these Top MongoDB Interview Questions and Answers!

The distributed systems design of it allows its users to place data intelligently wherever they want it to be.

Another important feature of MongoDB architecture is that it has a unified experience that gives you the freedom to run your applications anywhere.

With these capabilities and resources, you can build an Intelligent Operational Data Platform, promoted by MongoDB.

So far, we have seen ‘What is MongoDB?’, its features, and MongoDB architecture in detail. Now, we will get to know why to use it.

If you have any doubts or queries related to MongoDB, get them clarified from the MongoDB experts on our Community!

There are many databases like SQL and others, but why MongoDB? By now, we already know that MongoDB is a NoSQL database, and that’s the same reason why we need to learn it.

These are some facts that have made MongoDB popular:

Let’s have a look at each one of them in detail.

Users can use the aggregation framework in a very efficient manner in it. For aggregation operations, MapReduce can be used. When large datasets process and generate results with the help of parallel and distributed algorithms on clusters, it is called MapReduce.

MapReduce itself consists of two sets of operations, which are: map() and reduce(). Let’s see what these are:

BSON stands for Binary JSON, and it is JSON-like storage. MongoDB uses BSON, which is a binary-encoded serialization of JSON-like documents while storing documents in collections.

There are many other advantages of using the BSON format, such as it enables internal index and map document properties. Also, it increases the read/write throughput of MongoDB.

The major problem with any web/mobile application is scaling. To overcome this, MongoDB provides sharding that helps users with its awesome features. Sharding is a method in which data is distributed across multiple machines. With the help of sharding, it is able to offer horizontal scalability.

Sharding is a complicated process and is done with the help of several shards. Each shard holds some part of the data and functions as a separate database. Merging all the shards together forms a single logical database. Operations over here are performed by query routers.

As mentioned earlier, MongoDB supports range query, MongoDB regular expression, and many other types of searches. The queries in it include user-defined JavaScript functions and they return specific fields from the documents. By indexing BSON documents, it can support ad-hoc queries.

Let us see the difference between a SQL query and a MongoDB query, by checking how to fetch all the records from an employee table for the employee name ‘XYZ’ is done in both databases.

MongoDB index is used to improve the performance of searches. Any field in a MongoDB document can be indexed as either primary or secondary. This lets the database engine to efficiently resolve the queries.

In this MongoDB tutorial, we have seen ‘What is MongoDB?’, its features, MongoDB architecture, and why to use it. These are some important facts to keep in mind before diving deep into MongoDB. I hope you must be motivated to learn further about MongoDB, and this tutorial can guide you for choosing the right path. 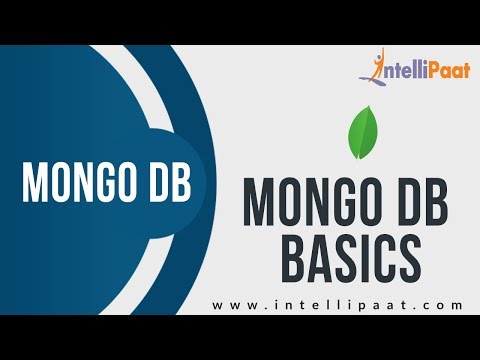 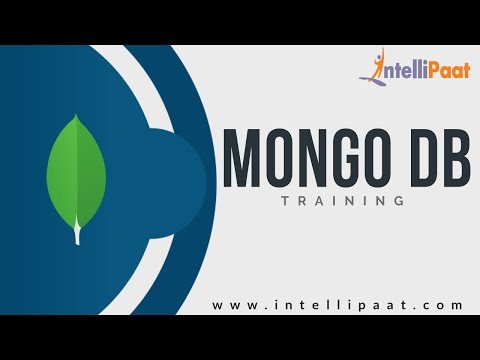 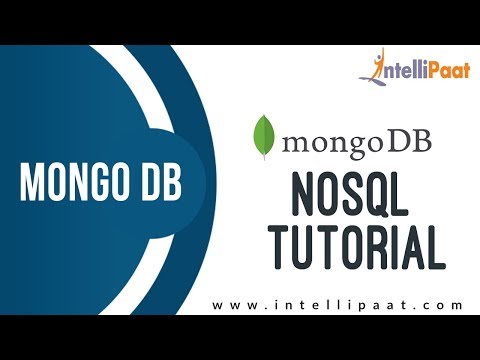