In our previous section, we discussed the basic concepts of Django web framework. We also built a simple web application using Django, where we saw how to return an HttpResponse. What if we want to respond to the user with an HTML file? Well, when it comes to building high-end web applications, HttpResponse is definitely not a convenient way of responding to a user request. Then, what is the solution?

Check out this Django vs Flask video from Intellipaat:

Before going any further, here’s the table of contents for this Django tutorial in case you want to jump right into a particular topic.

Django template is a way to dynamically generate HTML, XML, and PDF files in Django web framework. Django template contains the static parts of a desired HTML output and some special syntax that describes how dynamic content will be inserted.

Let us see how we use Django template in a web application.

All HTML files required in a project are stored inside a folder called template. But in order to tell Django to look for templates inside the directory, we have to perform some configuration. Let us see how to configure and use Django templates.

Step 1: Create an empty directory inside our project directory with the conventional name, ‘template’.

Step 2: Create an HTML page for our tutorial home inside the template directory. Let us name it ‘home.html’ 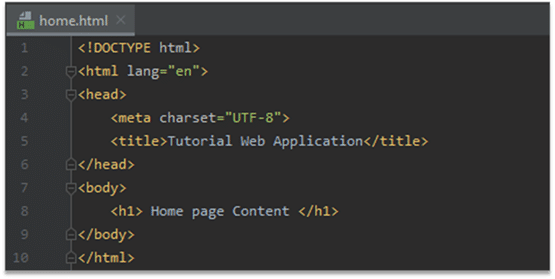 Step 3: Go to settings.py and make the following template configurations. Here, we are defining the directory path where Django should look for the template source files 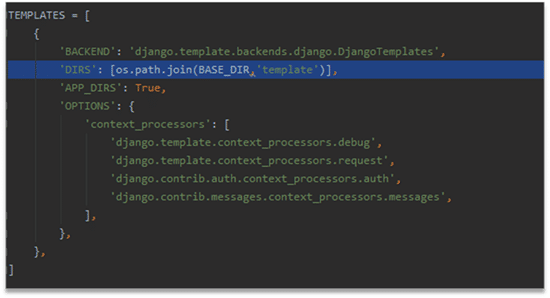 Alright, now that we have created and configured the template, let us go ahead and see how we can use the template in a view.

Step 4: Create a view that renders the request and maps to a template inside the template directory

Step 5: Now, set the URL path that would map to the view that we have just created

We are all set now!

Step 6: Go to the following URL in our browser

Hurray! We have successfully rendered a template into a view.

But in a real-world web application, we would have many HTML files. Let us see how Django helps us create and maintain these templates in a smart way.

Repeating the same format to create each and every HTML page is against Django’s ‘Don’t Repeat Yourself’ (Django DRY) rule.

To avoid repeating the same content, we maintain a Django base template file, from where we inherit the format using certain Django template tags.

Template tags are nothing but certain elements that help us in rendering variables and templates and in inheriting Django base template file in other templates. The typical format of a Django template tag looks like this:

We will use these Django template tags to render template files.

Now, let us go ahead and see how to deal with data and the database for the web application using Django web framework.

Django model is the standard source of information about the data we are going to store in our database. It contains fields and behaviors of the data. Each model maps to a single table in the database.

Model is created in the form of a class inside the models.py file. Say, the ‘tutorial’ model has three attributes, ‘tutorial_title’, ‘tutorial_content’, and ‘author_name’

Once created, activate the Django model by the migration process. Every time the models.py file is modified, we need to perform migration with the help of the following commands:

After migrating, we can see a table created for the model in the database.

Alright, now let us go ahead and see how to create model forms using Django models

Django model form is an efficient way of creating forms using Django models without writing HTML codes. Let us see how to create model forms with the help of an example. 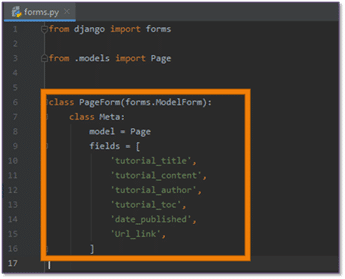 The Meta class that is created inside will provide Meta data to the outer class. Inside the Meta class, define two Meta options, namely, model and fields. The Meta option, ‘model’ will provide a model class for creating the form, and ‘fields’ will list a field to include in the model field.

Step 3: Create a view for the model form using the ModelForm that we’ve just created. First, import the model form and then define a view function that takes requests. If the request is found to be the POST type, ModelForm is generated. Django validates the inputs of each field, and if found valid then the form will be saved and a template will be rendered with the form as context 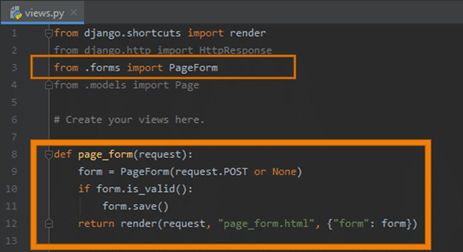 Step 4: Create the template that needs to be rendered. Extend the base.html file. The form method needs to be defined as POST. Render the ‘form’ context {{ form }}. {{ form.as_p }} renders the form as paragraph inside the block content tag as shown below 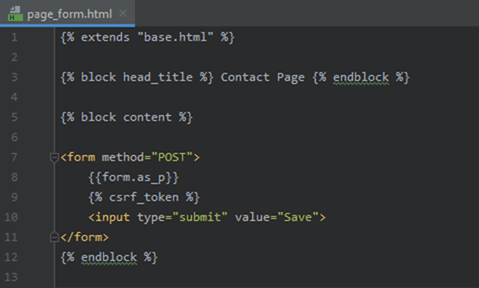 Step 5: Create a URL path as shown below

A model form is created as shown below. 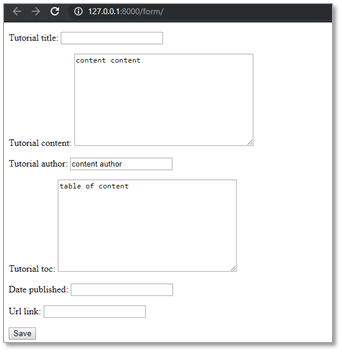 Wish to crack Django job interviews? Intellipaat’s ‘Top Django Interview Questions and Answers’ are meant only for you!

We will build the user registration functionality in a separate app called ‘user’. Let us take a look at the steps to create users for our web application.

Step 1: Open the command prompt and run the following command:

Step 2: Add the app in the INSTALLED_APPS list to let users know that we have created this app 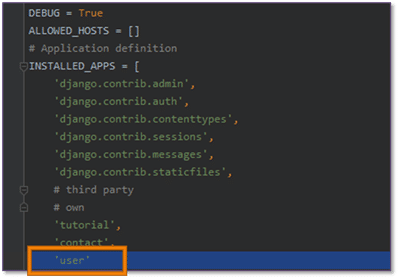 Step 3: Create a view that maps to a template where we can display the user registration form. Import the UserCreationForm that is inherited from the ModelForm class to handle the creation of new users. UserCreationForm has three fields, namely, username, password1, and password2

If you want to learn the OOP concepts of Python programming language, head on to this tutorial.

Step 4: Create a template for registration form as shown below 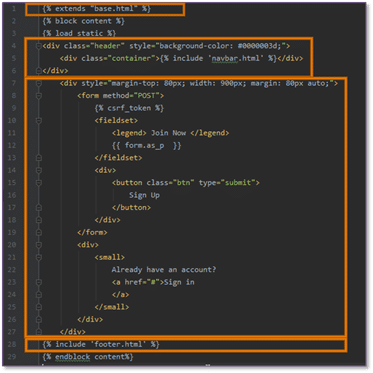 Step 5: Add the URL path that maps the view, which will render the template

As we can see, the form takes any value, without performing any validation 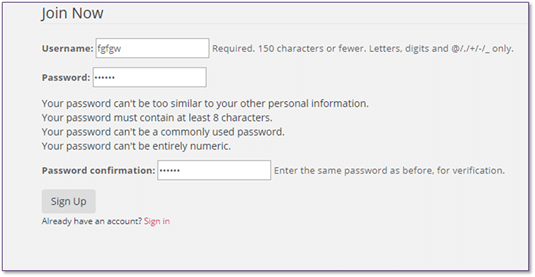 Congratulations! We have successfully created a user registration form.