In this section of the Statistics and probability tutorial, you will be introduced to the fundamental terminologies in probability and statistics.

Terminologies in Probability and Statistics

Probability and statistics are concerned with events which occur by chance. Examples include occurrence of accidents and various games of chance, such as flipping a coin, or throwing a symmetrical six-sided die. In each case we may have some knowledge of the likelihood of various possible results, but we cannot predict with any certainty the outcome of any particular trial. Some common terms are –

Looking for Top Jobs in Data Science ? This blog post gives you all the information you need!

The basic rules or laws of combining probabilities must be consistent with the fundamental concepts.

This can be divided into two parts, depending upon whether there is overlap between the events being combined.
(a). If the events are mutually exclusive, there is no overlap: if one event occurs, other events cannot occur. In that case the probability of occurrence of one or another of more than one event is the sum of the probabilities of the separate events.
For example, if I throw a fair six-sided die the probability of any one face coming up is the same as the probability of any other face, or one-sixth. There is no overlap among these six possibilities. Then Pr [6] = 1/6, Pr [4] = 1/6, so Pr [6 or 4] is 1/6 + 1/6 = 1/3.The Addition Rule corresponds to a logical or and gives a sum of separate probabilities.

(b). If the events are not mutually exclusive, there can be overlap between them. This can be visualized using a Venn diagram. The probability of overlap must be subtracted from the sum of probabilities of the separate events. 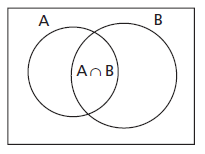 Set notation is useful:
Pr [A

B) = Pr [occurrence of both A and B], the intersection of events A and B. 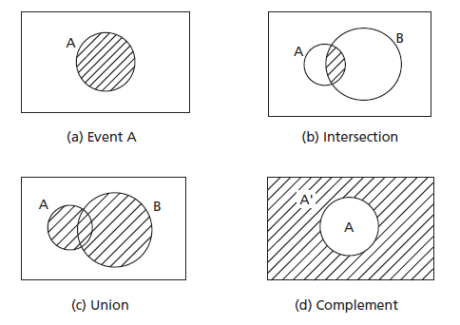 If the events being considered are not mutually exclusive, and so there may be overlap between them, the Addition Rule becomes –

After going through the content, you may have understood the importance of probability and statistics in the real world.

Enrol in this Data Analyst Course and become a certified Analyst!