SQL is one of the most common skills that recruiters look for not only in IT-related jobs but also in various other job profiles, including business, finance, insurance, and other domains. This SQL Server Interview Questions blog comprises all the questions that are asked by companies in most SQL-based job interviews. Following are some of these frequently asked SQL Server interview questions in the corporate world:

Q1. Compare SQL Server with Oracle.
Q2. How can SQL Server instances be hidden?
Q3. Can we add a CPU to SQL Server?
Q4. How can we check whether the port number is connecting or not on a Server DBA?
Q5. How can you start SQL Server in different modes?
Q6. Why is SHRINKFILE/SHRINKDB/AUTOSHRINK not preferable?
Q7. What different steps will a SQL Server Developer take to secure SQL Server?
Q8. What action plan is preferred if SQL Server is not responding?
Q9. Which are the third-party tools used in SQL Server and why would you use them?
Q10. What are Hotfixes and Patches?

Mentioned below are the three sections into which this SQL Server Interview Questions blog is majorly classified:
1. Basic

Check out this video on SQL Interview Questions and Answers:

2. How can SQL Server instances be hidden?

To hide a SQL Server instance, we need to make a change in SQL Server Configuration Manager. To do this, we have to follow the below steps:

Note: While hiding a named instance, we need to provide the port number in the connection string so that even if the browser is running it is possible to connect to the hidden instance.

Yes. we can add CPUs physically by adding new hardware, either logically by online hardware partitioning or virtually through a virtualization layer. Starting with its 2008 version, SQL Server supports CPU Hot Add. There are a few requirements to use CPU Hot Add:

Once the CPU is added, we need to run RECONFIGURE, and then SQL Server recognizes the newly added CPU.

Learn about SQL Server Certification and leave behind your peers!

4. How can we check whether the port number is connecting or not on a Server DBA?

5. How can you start SQL Server in different modes?

Learn more about SQL Server from Intellipaat’s SQL Programming Tutorial for Beginners and take your career to the next level!

7. What different steps will a SQL Server Developer take to secure SQL Server?

Do you have any more queries on this? Visit our SQL Server Community and clarify all your doubts today!

8. What action plan is preferred if SQL Server is not responding?

9. Which are the third-party tools used in SQL Server and why would you use them?

Some of the third-party tools used in SQL Server are:

Benefits of using these third-party tools:

10. What are Hotfixes and Patches?

Hotfixes are software patches applied to live systems (the ones still running). A hotfix is a single, cumulative package that includes one or more files used to address a problem in a software product (i.e., a software bug).

In the Microsoft SQL SERVER context, hotfixes are small patches designed to address specific issues, most commonly to freshly-discovered security holes. For example, if a select query returns duplicate rows with aggregations, the result may be wrong. This can be fixed by a hotfix.

11. Suppose, there is a trigger defined for INSERT operations on a table in an OLTP system. The trigger is written to instantiate a COM object and passes the newly inserted rows to it for some custom processing. What do you think of this implementation? Can this be implemented better?

Instantiating COM objects is a time-consuming process and since it is done within a trigger, it impedes the data insertion process. The same is the case with sending emails from triggers. This rundown can be better implemented by logging all the necessary data into a separate table and having a job that checks this table and does the needful.

12. Which key provides the strongest encryption in SQL Server DBA?

13. Which port do you need to open on your server firewall to enable named pipe connections?

14. Suppose, we have 300 SSIS packages to be deployed to production. How can we make it easier? What are the easy and short ways to deploy all SSIS packages at once?

15. How to decide between active and passive nodes?

Cluster Administrator checks the SQL Server group where we can see the current owner. The current owner is the active node and the other nodes are passive nodes.

16. What are the common trace flags used with SQL Server?

Become a master of SQL Server by enrolling in this online SQL Server Training!

17. Can we take a backup for Resource DB?

No. The only way if we want to get a backup is by using Windows backup for option resource MDF and IDF files. 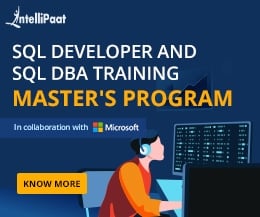 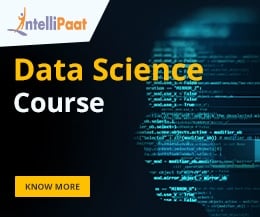 To upgrade SQL Server 2000 to SQL Server 2008, the safest approach would be a side-by-side upgrade. We can do this either by using backup and restore or by detaching/attaching the database files. However, it is suggested to use the former as it is a safer approach. The steps are as follows:

Check out this video on SQL Tutorial for Beginners:

No. The only way to move a SQL Server 2008 database to a SQL Server 2005 is by transferring the data using methods, such as Data Transformation Services (Import/Export), SSIS, BCP, etc., or by using a query between linked servers.

22. When you upgrade a SQL Server, the upgrade wizard seems to stop responding and fails. Why?

23. How to rollback the upgrade?

If the legacy SQL Server instance is replaced by a new SQL Server 2008 instance, rolling back an in-place upgrade can be complex and time-consuming; whereas, in a side-by-side upgrade, the legacy instance remains available if a rollback is needed.

24. How to speed up the DBCC CHECKDB execution process?

The below command enforces an exclusive lock on the database, which makes the process faster:

25. What is PHYSICAL_ONLY in DBCC CHECKDB?

The PHYSICAL_ONLY command limits checking the integrity of the physical structure of a page and record headers and can also detect torn pages, checksum failures, and common hardware failures. Using this option may cause shorter run-time for DBCC CHECKDB on large databases and is recommended for frequent use on production systems. Specifying the PHYSICAL_ONLY option causes DBCC CHECKDB to skip all checks of the FILESTREAM data.

The below command causes DBCC CHECKDB to check the database for column values that are not valid or out of range:

With this command, DBCC CHECKDB detects columns with date and time values, which are either larger or less than the acceptable range for the DATETIME data type. It also limits checking the integrity of the physical structure of the page and record.

27. How long are locks held/retained within the REPEATABLE_READ and SERIALIZABLE isolation levels during a read operation, assuming a row-level locking?

29. What database options must be set to allow the use of an optimistic concurrency control model?

30. Explain the purpose of Intent locks.

The database engine uses intent locks to protect placing a shared (S) lock or an exclusive (X) lock on a resource (lower in the lock hierarchy). Intent locks are named thus because they are acquired before a lock at the lower level and therefore signal the intent to place the locks at a lower level.

31. How to read the graphical execution plan?

The graphical execution plan should be read from Right to Left:

From the execution plan, we can find out the bottlenecks and give possible solutions to avoid latency

32. What are the permissions required to view the execution plan?

Either a user must be mapped to sysadmin/db_owner/db_creator or the user will be granted the below permission:

Get a better understanding of the execution plan from the SQL Optimization Techniques blog!