Basic Datatypes and Variables in Java

Data Types: There are two types of data types – 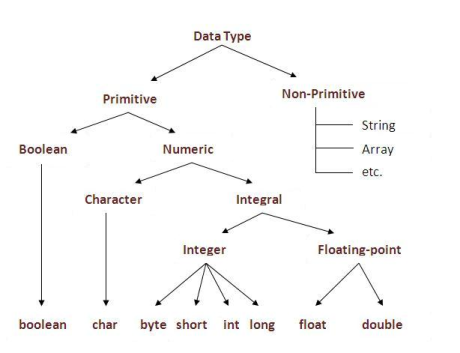 Primitive Data Types
These are the predefined data types. In java there are 8 primitive data types which are as follows:

Variable: A variable is a memory address that can change and when memory address cannot change then it is known as constant. Variable is a name of the memory location where data is stored. Once a variable is stored then space is allocated in memory. It defines a variable using a combination of numbers, letters and the underscore character.
There are three types of variables: Local, Instance and Static

Local Variable: A variable we declared inside of method called as Local variable.
e.g.

Instance Variable: A variable we declared inside of class but outside of method is called instance variable. It is not declared as static.
e.g.

Static Variable: A variable that we declared as static is called static variable. It cannot be local.
e.g.