In this part of the Java tutorial you will learn about the basic concepts of Java, understanding keyword, identifier, data types, variables, operators and more with a detailed explanation of each.

The previous topic cleared the compiler and interpreter doubt but still, there are questions such as “How to store different numbers in java?” or “What value you can store in java and how?”, etc.
To clear all such doubts we have prepared this “Language Fundamentals” topic which includes the basic concepts to write programs in Java. 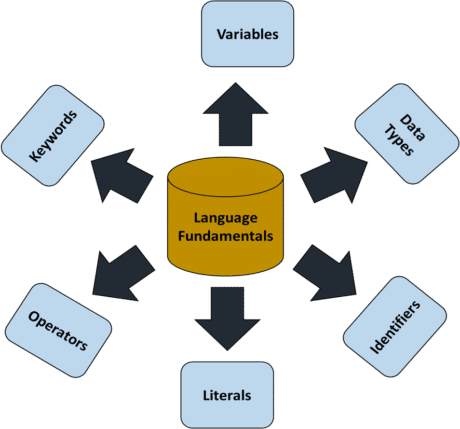 Here are the topics if you directly want to jump into:

Watch this Java video by Intellipaat: 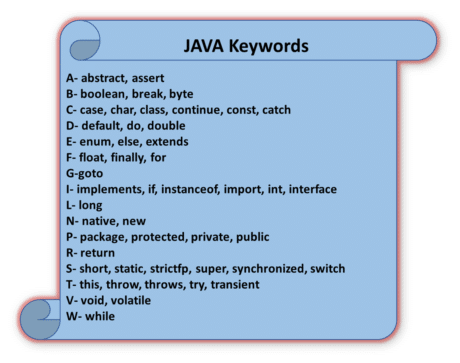 In the above example,

Majority of Java Developers are moving towards Hadoop? Want to know why? Check this 7 Reasons You Should Switch Career From Java to Hadoop blog!

Data types represent the type of data you want to use and memory required for that data.
There are two types of data: 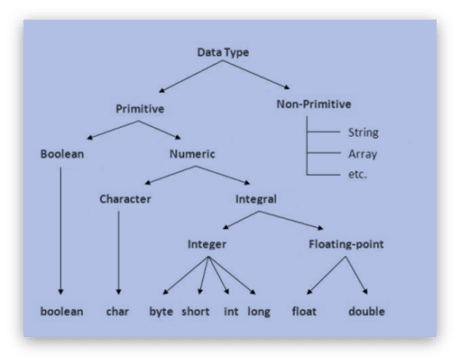 These are predefined data types. There are eight types of primitive data types.

These are the user-defined data types. There are four types of non-primitive data types:

Variables declared with used defined data types are called as reference variables. Example:String str; String s=”Intellipaat”;There are following types of variables based on the scope of the variables:

Learn more about Variables and Tokens in Python in this insightful blog now!

Constants
Constants are the special variables whose value can’t be modified during the program execution. These are also called final variables. Example:final int a=99; final String s=”Intellipaat”;  final double d=10.1;

Know the major differences between today’s most prominent languages in the IT industry, check out this Java vs Python blog!

Literals are the actual values that are assigned to variables or constants. There are six types of literals:

Why UNICODE?
Every country has its own character representation in an integer value. United States has ASCII, Europe has ISO 8859-1, Russia has KOI-8, etc. So, it was thought to create a character set that contains all the characters. There UNICODE came into play.

Learn about the most trending programming model for Big Data, in this very informative tutorial blog on Java Mapreduce!

Operators are the symbols that perform the operation on values. These values are known as operands. There are three types of operators depending on the number of operands required:

Following are the types of operator depending on the operation:

Here, t object will be created in the main memory so that we can access the members of the Test class.
instanceof Operator
It is used to check whether the given object belongs to a specified class or not. It is also called Type Comparision Operator. It returns a Boolean value.
Syntax: <reference variable>instanceof<classname>
Example:

Operators Precedence
Operator precedence means the priorities of operators.
Say you have given an equation 10-2*2. How will you know whether to subtract first or multiply? To solve this confusion, operator precedence has provided.
First, 2*2 will be performed according to the below table then, the result will be multiplied by 10. The answer will be 6.