Machine Learning Algorithms can be grouped into two types: 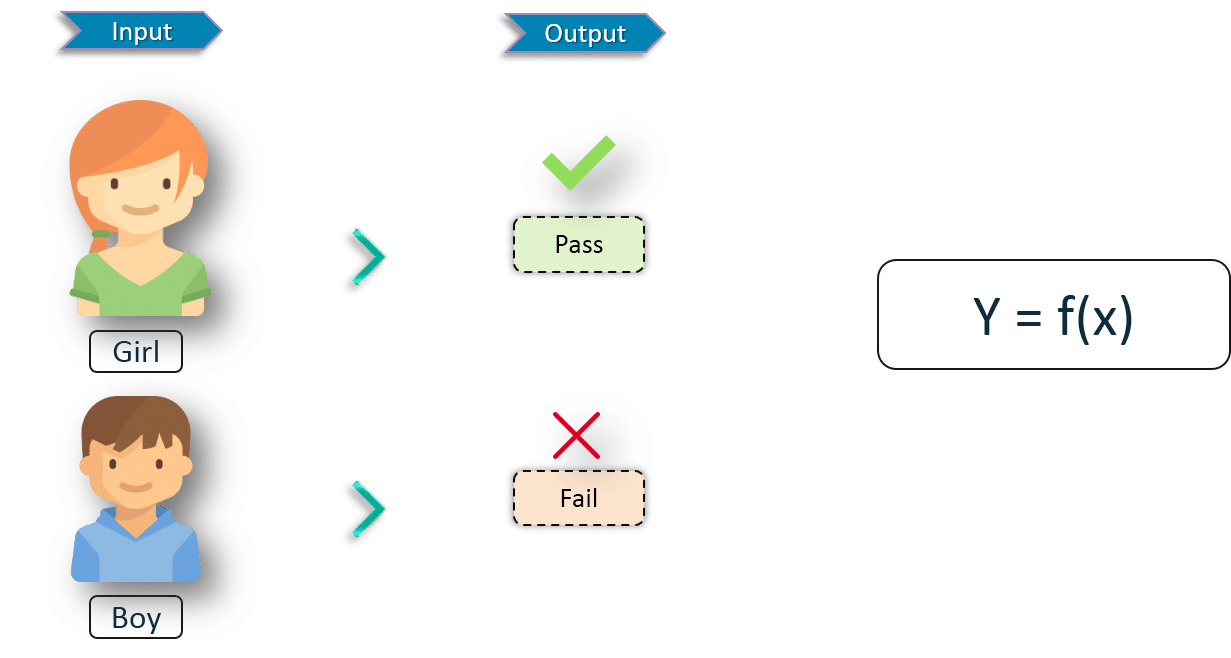 In regression, the output variable is a continuous numeric value. So, let’s take this example to understand regression better: 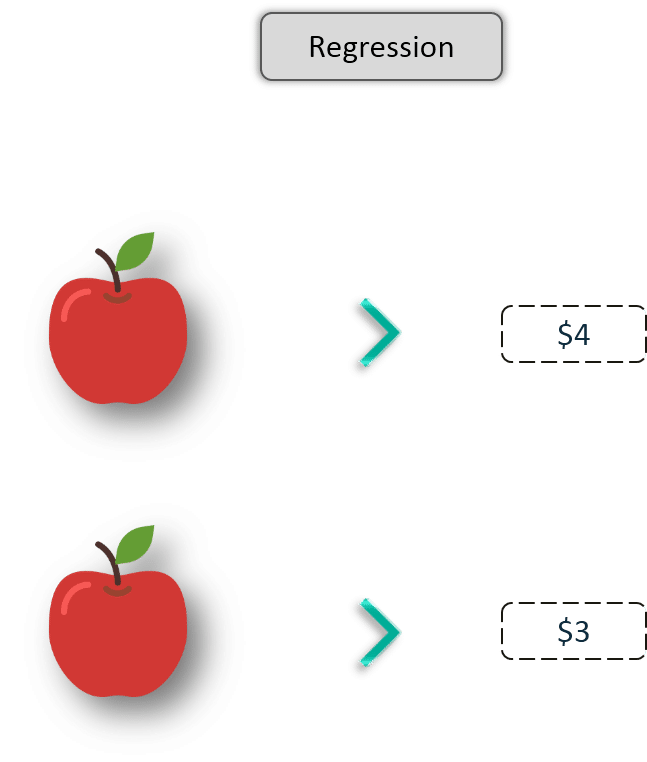 Here, the output variable is the “cost” of apple, which is a continuous value, i.e. we are trying to predict the “cost” of apple with respect to other factors.
Now, it’s time to look at one of the most popular regression algorithm -> Linear Regression.

As the name states, linear regression is used to determine the linear relationship between independent and dependent variable. Or in other words, it is used in estimating exactly how much of y will linearly change, when x changes by a certain amount. 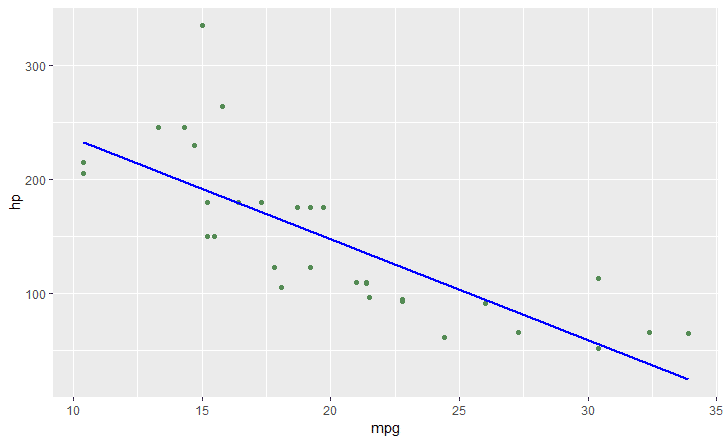 As we see in the image, a car’s mpg(Miles per Gallon) is mapped onto the x-axis and the hp(Horse Power) is mapped on the y-axis and we are determining if there is a linear relationship between “hp” and “mpg”.
So, this was the linear regression algorithm, now let’s head onto classification in machine learning.

In classification, the output variable is categorical in nature. So, let’s take this example to understand classification better: 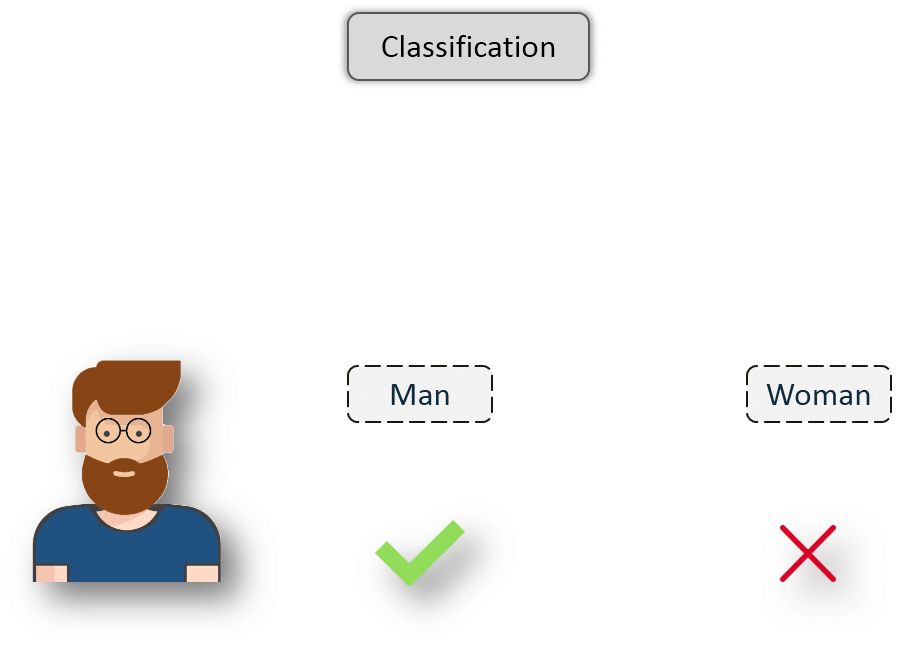 Here, the output variable is the “gender” of the person, which is a categorical value and we are trying to classify the person into a specific gender based on other factors.
Now, we’ll look at these classification algorithms in brief:

Decision tree is one of the most used machine learning algorithms in use, currently. As the name suggests, in Decision Tree, we have a tree-like structure of decisions and their possible consequences.
At each node there is a test condition and the node splits into left and right children based on the test condition. 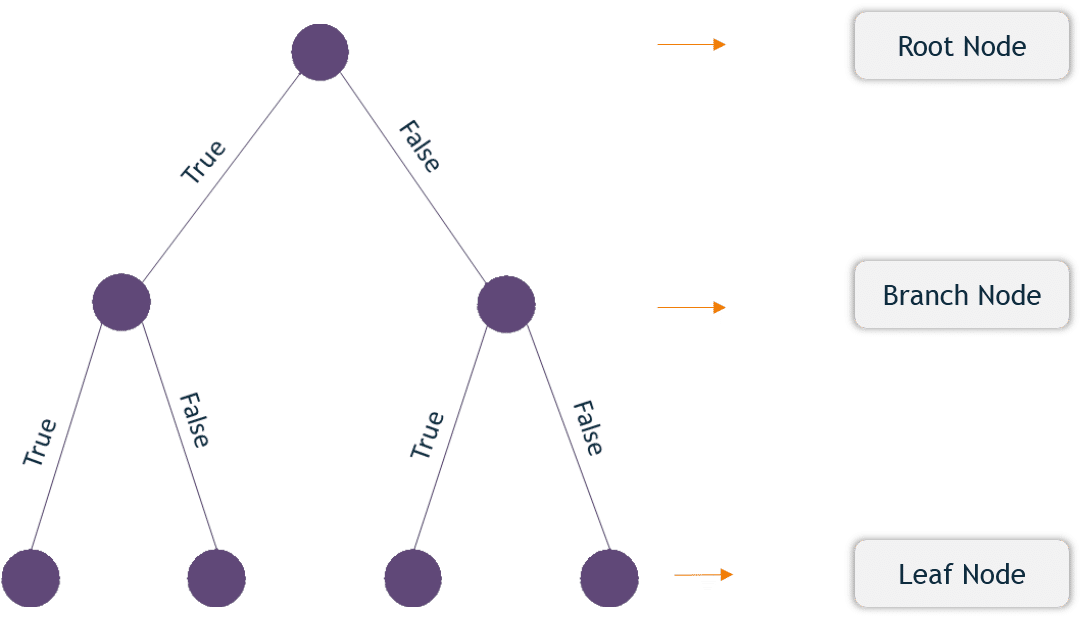 Now, let’s look at some terminologies of Decision Tree In Python:

As the name states, a Random forest is an ensemble of multiple decision tree models. In this algorithm, random subsets are generated from the original dataset. Let’s say, if ‘x’ datasets are created from the original dataset, then, ‘x’ decision trees are built on top of these datasets. So, each of these ‘decision trees generate a result and the optimal solution is found out by taking the aggregate of all the individual results.

So, these were some of the classification algorithms, now, let’s head onto unsupervised learning: 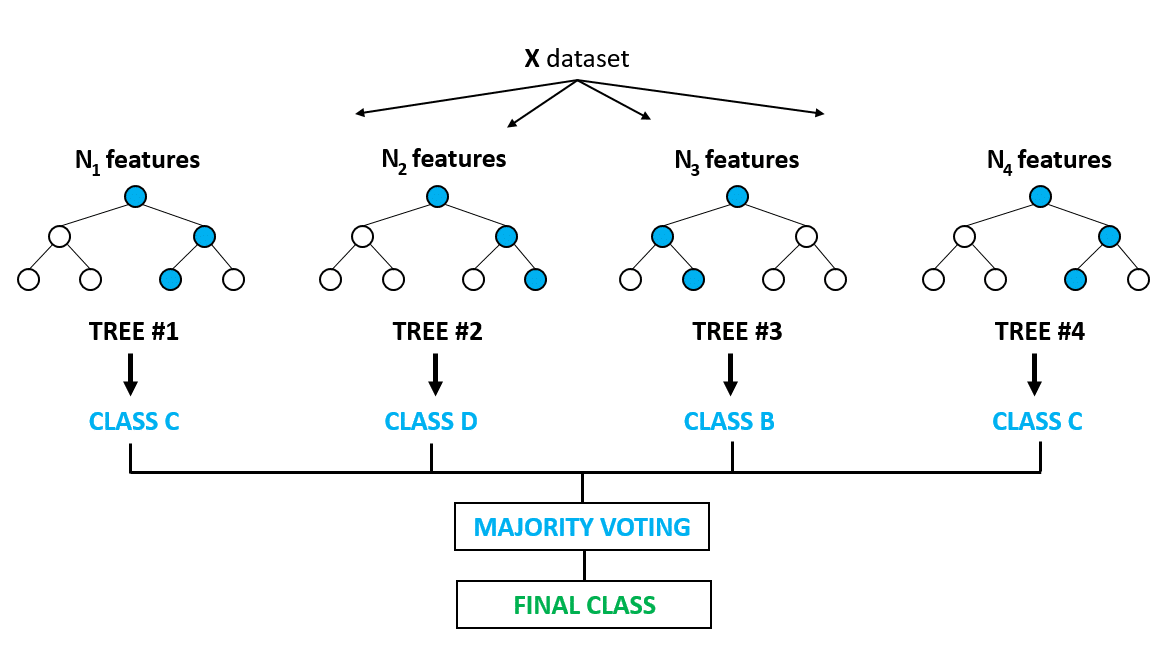 In unsupervised machine learning algorithms, we have input data with no class labels and we build a model to understand the underlying structure of the data. Let’s understand this with an example:

Now, you guys need to keep in mind that even though there were no class labels, this unsupervised learning model was able to divide this data into two clusters and this clustering has been done on the basis of similarity of characteristics.
Now, out of all the unsupervised machine learning algorithms, k-means clustering is the most popular, so let’s understand that.

In k-means clustering, ‘k’ denotes the number of clusters to be formed. So, in the above picture, the value of k=3 and hence 3 clusters are formed.