From the moment we open our eyes in the morning, our brain starts collecting data from different sources. To keep up with the pervasive growth of data from different sources mankind was introduced to modern Data-Driven Technologies like Artificial Intelligence, Machine Learning, Deep Learning etc. These technologies have engineered our society in many aspects already and will continue to do so.
This tutorial series guides you through the basics of Deep Learning, setting up an environment in your system to building the very first Deep Neural Network model.

What is Deep Learning?

Deep Learning is a subset of Machine Learning which is used to achieve Artificial Intelligence. Confusing? Let us look at the diagram given below to have a better understanding of these words. 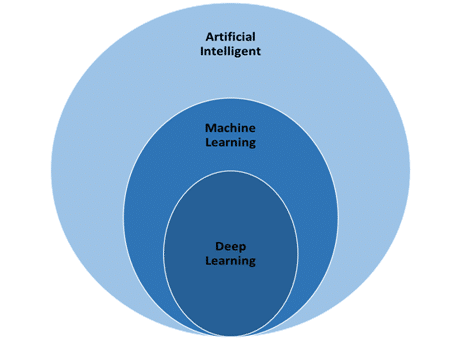 In other words, Deep Learning is an approach to learning where we can make a machine imitate the network of neurons in a human brain. It consists of algorithms that allow machines to train to perform tasks like speech, image recognition, and Natural Language Processing. It is a statistical approach based on Deep Networks, where we break down a task and distribute it into machine learning algorithms. These algorithms are constructed with connected layers. In between the first layer or input layer and the last layer or output layer we have a set of hidden layers in between that eventually gave rise to the word Deep which means networks that join neurons in more than two layers. These neurons are connected to one another, which propagates the input signal after it goes through the process. In Deep Learning a network can consume a large amount of input data, then process them through multiple layers because of which we can learn complex features of the data.
Now that we have gathered an idea of what Deep Learning is, let’s see why we need Deep Learning.

Why do we need Deep Learning?

Our human brain can easily differentiate between a cat and a dog. But how can we make a machine differentiate between a cat and a dog? We would train the machine with a lot of images of cats and dogs. Then once the training is done we will provide the machine with an image of either cat or a dog. Now, we will manually extract some features from the image and make a machine learning model out of it, which would help the machine recognize the input image. And then the machine learning model will predict whether it was a dog or cat. It was easy, wasn’t it? But what will happen when we have a large number of inputs? Manual extraction of features for a large input is backbreaking work.
What if we could skip the manual extraction part? Wouldn’t it make things a lot easier? When the amount of input data is increased, traditional machine learning techniques are insufficient in terms of performance. That is when Deep Learning came into the picture.

There are various applications of deep learning are:

Deep Learning and its innovations are advancing the future of precision medicine and health management. Breast Cancer, Skin Cancer diagnostics are just a few examples of Deep Learning in Health Care. In the coming years computer-aided diagnosis will play a major role in healthcare.

Self-driving cars, beating people in computer games, making robots act like human are all possible due to AI and Deep Learning.

Predicting natural hazards and seating up a deep-learning-based emergency alert system is to play an important role in coming years.

Watch this Machine Learning and Its Applications Tutorial

Why should you opt for Deep Learning now?

We have both collection and access to the data, we have software’s like TensorFlow which makes building and deploying models easy. That is how Deep Learning is reshaping automation industry in a big way, becoming one of the hottest evolving technologies of 21st century. Which also means that this is the perfect time to acquire this skill.
So now that we have learnt the importance and applications of Deep Learning let’s go ahead and see workings of Deep Learning. Also, we will discuss one use case on Deep Learning by the end of this tutorial.

Before moving ahead with how Deep Learning works, let us try to understand take how biological neural network works. 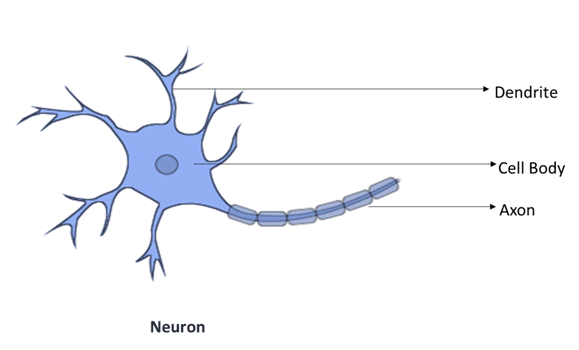 Our human brain is a neural network, which is full of neurons and each neuron is connected to multiple neurons. Again, neurons have several Dendrites. Dendrites collect input signals which are summed up in the Cell body and later are transmitted to next neuron through Axon.
Similarly, in an artificial neural network, a perceptron receives multiple inputs which are then processed through functions to get an output. But in case of artificial neural network weights are assigned to various neurons. Then in final layer everything is put together to come up with an answer.
Let us compare Biological Neural Network to Artificial Neural Network:

Read our detailed blog on Deep Learning Interview Questions that will help you to crack your next job interview.

A perceptron is an artificial neuron unit in a neural network. It is an algorithm that enables neurons to learn and processes elements in the training set one at a time for supervised learning of binary classifiers that does certain computations to detect features or business intelligence in the input data.
There are two types of Perceptrons:

Single layer Perceptrons is the simplest type of artificial neural network can learn only linearly separable patterns. This type of perceptron is based on a threshold transfer function.

Neural networks with two or more layers are called multi-layer perceptron. This type of neural network has greater processing power. In this, the algorithm consists of two phases: the forward phase where the activations are propagated from the input to the output layer, and the backward phase, where the error between the observed actual and the requested nominal value in the output layer is propagated backwards to modify the weights and bias values. 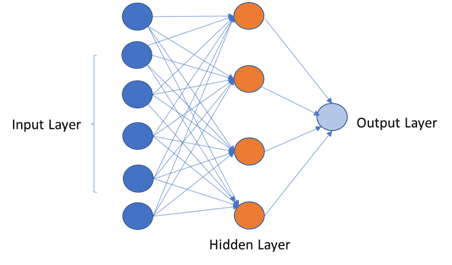 As we can see above, simple neural network has only one hidden layer, whereas deep learning neural network has multiple hidden layers.
Understanding workings of Deep Learning with an example:
Here we are going to take an example of one of the open datasets for Deep Learning every Data Scientists should work on, MNIST- a dataset of handwritten digits. This is one of the most popular deep learning datasets available on the internet. 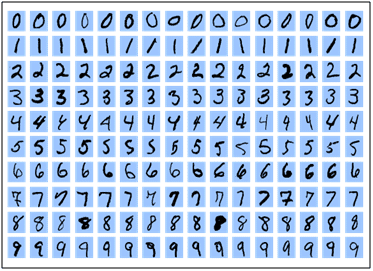 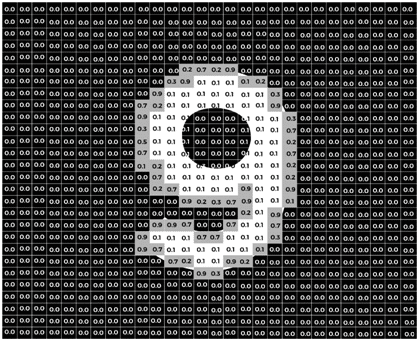 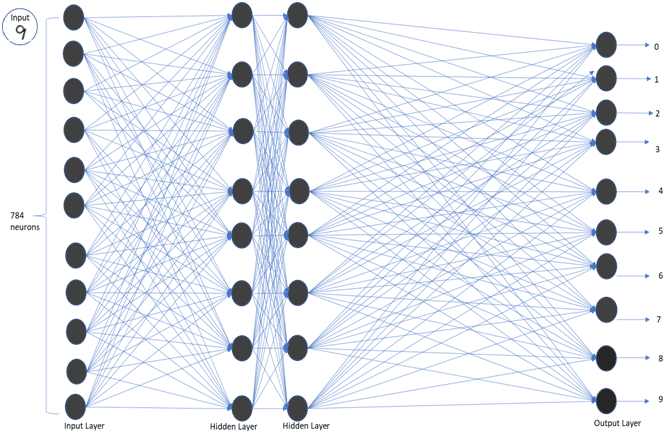 Now, let me ask you a question, what role do the hidden layers play in this process? To understand that let us relate to the biological neural network system and how our brain would recognize a digit from an image.
When we see an image of the digit 9, our brain breaks it down as one circle on top. And one line on bottom. Which separately represents 0 and 1. Similarly with 8, one circle on top another on bottom.

Similarly, in deep learning, hidden layers break down the components of the given image forming a pattern. Feed in the image of 9, some specific neurons whose activation would become close to 1. 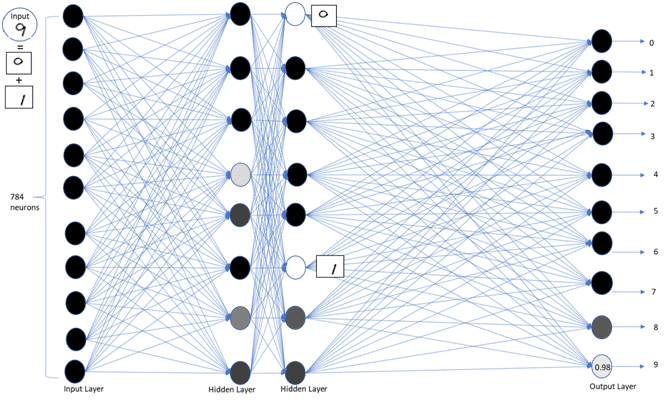 Combination of these components will trigger a neuron(see the last neuron of the output layer ) with high activation in the last layer. Thus, giving us an output digit.

Some of the well-known platforms for Deep Learning:

To get a more elaborate idea of the algorithms of deep learning refers to our AI Course.

3 thoughts on “Introduction to Deep Learning”