In this tutorial blog, We will talk about the advantages and disadvantages of the SVM algorithm in Machine learning. We will build support vector machine models with the help of the support vector classifier function. and implement Kernel SVM in Python and Sklearn, a trick used to deal with non-linearly separable datasets.

What is a Support Vector Machine?

Support Vector Machine or SVM algorithm is a simple yet powerful Supervised Machine Learning algorithm that can be used for building both regression and classification models. SVM algorithm can perform really well with both linearly separable and non-linearly separable datasets. Even with a limited amount of data, the support vector machine algorithm does not fail to show its magic.

Before diving right into understanding the SVM algorithm in Machine Learning, let us take a look at the important concepts this blog has to offer.

There are two types of Support Vector Machines:

Support vector machine or SVM algorithm is based on the concept of ‘decision planes’, where hyperplanes are used to classify a set of given objects.
Let us start off with a few pictorial examples of support vector machine algorithms. As we can see in Figure 2, we have two sets of data. These datasets can be separated easily with the help of a line, called a decision boundary.

Well, here’s the tip: the best decision boundary is the one that has a maximum distance from the nearest points of these two classes, as shown in Figure 4.

Also, remember that the nearest points from the optimal decision boundary that maximize the distance are called support vectors.

In other words, here’s how a support vector machine algorithm model works:

Clearly, straight lines can’t be used to classify the above dataset. That is where Kernel SVM comes into the picture.

What does Kernel SVM do? How does it find the classifier? Well, the Kernel SVM projects the non-linearly separable datasets of lower dimensions to linearly separable data of higher dimensions. Kernel SVM performs the same in such a way that datasets belonging to different classes are allocated to different dimensions. Interesting, isn’t it?
Well, before exploring how to implement SVM in the Python programming language, let us take a look at the pros and cons of the support vector machine algorithm.

How Does the Support Vector Machine Algorithm Work?

Let us consider two tags, yellow and blue, and our data has two features, x, and y.  Given a pair of (x,y) coordinates, we want a classifier that outputs either yellow or blue. We plot the labeled training data on a plane:

For SVM, the best hyperplane is the one that maximizes the margins from both tags. It is the hyperplane whose distance to the nearest element of each tag is the largest.

The above was easy since the data was linearly separable—a straight line can be drawn to separate yellow and blue. However, in real scenarios, cases are usually not this simple. Consider the following case:

There is no linear decision boundary. The vectors are, however, very clearly segregated, and it seems as if it should be easy to separate them.

In this case, we will add a third dimension. Up until now, we have worked with two dimensions, x, and y. A new z dimension is introduced in this case. It is set to be calculated a certain way that is convenient, z = x² + y² (equation of a circle.) Taking a slice of this three-dimensional space looks like this:

Let us see what SVM can do with this:

Note that since we are in three dimensions now, the hyperplane is a plane parallel to the x-axis at a particular point in z, let us say z = 1. Now, it should be mapped back to two dimensions:

There we go! The decision boundary is a circumference with radius 1, and it separates both tags by using SVM.

Calculating the transformation can get pretty expensive computationally. One may deal with a lot of new dimensions, each possibly involving a complicated calculation. Hence, doing this for every vector in the dataset will be a lot of work.

Here’s the solution: SVM does not need actual vectors to work its magic. It can get by with dot products between them alone. So, one can sidestep the expensive calculations of new dimensions.

This is what can be done instead:

SVM libraries are packed with some popular kernels such as Polynomial, Radial Basis Function or RBF, and Sigmoid. The classification function used in SVM in Machine Learning is SVC. The SVC function looks like this:

Alright, let us dive right into the hands-on SVM in the Python programming language.

If you have any doubts or queries related to Data Science, do a post on Machine Learning Community.

SVM Parameters include the values, estimators, and various constraints used to implement ML algorithms. There are three types of SV parameters in a Neural Network:

Kernel transforms the input data into any first as per the user requirements. The Kernels used in SVM could be linear, polynomial, radial basis functions(RBFs), and non-linear hyperplanes, created using the polynomial and RBF functions. You can obtain accurate classifiers by separating non-linear classes through an advanced kernel.

Gamma parameters determine their influence over a single training example. There are two types of gamma parameters, low meaning ‘far’ and high meaning ‘close’ values. The low or far values define a Gaussian function with a large variance. Whereas, high or close values define it with small variance.

SVM is mainly used to classify the unseen data and have various application in different fields:

Classifies the images of people’s faces in an environment from non-face by creating a square box around it.

The Support vector machines are used for gene classification that allows researchers to differentiate between various proteins and identify biological problems and cancer cells.

Used in training models that are used to classify the documents into different categories based on the score, types, and other threshold values.

SVM is widely used to recognize handwritten characters and test them against pre-existing data.

Compared to the traditional query-based searching techniques, SVM has better accuracy when it comes to search and classifying the images based on various features. 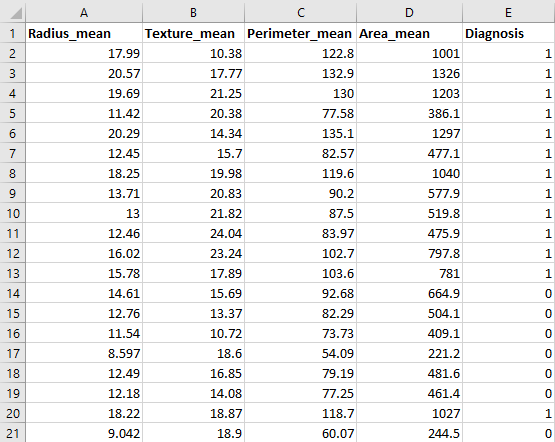 Let us have a look at the shape of the dataset:

Have a look at the features: 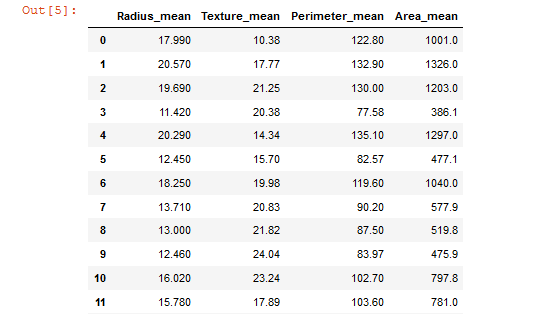 Have a look at the target: 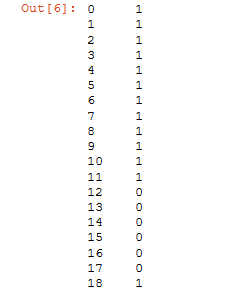 Step 3: Split the dataset into train and test using sklearn before building the SVM algorithm model

Go through these Artificial Intelligence Interview Questions And Answers to excel in your A.I Interview.

Importing the SVC function and setting kernel as ‘rbf’:

For the best of career growth, check out Intellipaat’s Machine Learning Certification and get certified.

Importing the SVC function and setting SVM kernel as ‘sigmoid’:

What have we learned so far?

In this SVM tutorial blog, we answered the question, ‘what is SVM?’ Some other important concepts such as SVM’s full form, the pros and cons of the SVM algorithm, and SVM examples, are also highlighted in this blog. We also learned how to build support vector machine models with the help of the support vector classifier function. Additionally, we talked about the implementation of Kernel SVM in Python and Sklearn, which is a very useful method while dealing with non-linearly separable datasets.

Watch this Video on Mathematics for Machine Learning