Home / Blog / What is Continuous Integration?

Continuous integration is the modern way of building software by continuously integrating the code in a common repository so that it is accessible to everyone and key changes can be made on the fly and the software development follows the principles of agile methodology.

The process of Continuous Integration is central to the DevOps implementation. It includes automating the building and testing of the code every time the changes in the code are done. The methodology of continuous integration lets you share the code and unit test by making the changes in the shared version control repository. This way anybody can get the latest version of the code.  It helps to build, test and validate the complete process.

When the developers were working in isolation there was an issue related to the lack of collaboration and the inability to get the latest code to the right people in the organization. It would take weeks to integrate the code and still there were huge conflicts related to the bug fixes, multiple code strategies, and redundant efforts.

Continuous Integration is the process in software engineering that is being extensively used in the DevOps methodology to isolate the changes so that they can be immediately tested and reported when they are added to the larger code base. Continuous Integration strives to provide rapid feedback which helps to detect any bugs or defects in the code base so that it can be noticed and rectified at the earliest. It is possible to automate the testing using the tools of continuous testing software tools. The goal of CI was to have extreme programming shift so that the principles of CI can be implemented to a programming model that follows an iterative path.

When CI was conceptualized it was a standard practice to have a daily build and now it has evolved further wherein teams can submit their codes on a much frequent basis so that a build can be conducted with changes to it done. Due to the implementation of the process of CI the bugs are detected at a much earlier phase. This itself saves a lot of time and money since as and when the bug is detected later in the stage of the process it becomes that much more difficult to rectify and this is directly reflected in the amount of money, effort and time that have to be expended.

It is possible to leverage the modern version control system like Git that is useful in creating short-lived branches to isolate the work. There is a pull request by the coder after the completion of the feature and on the pull request getting approved; the changes get merged into the master branch. Once this is done the previous feature branch can be deleted. The process is repeated by the development team for extra work. Branch policies can be established to see the master branch is as per the desired criteria.

Every commit to the master branch will trigger the automated building and testing process. When the bugs are caught early on in the stage of the development cycle it is relatively inexpensive and continuous integration ensures this is possible. The automated tests that are run on every build will take care of maintaining the consistent quality of the build. 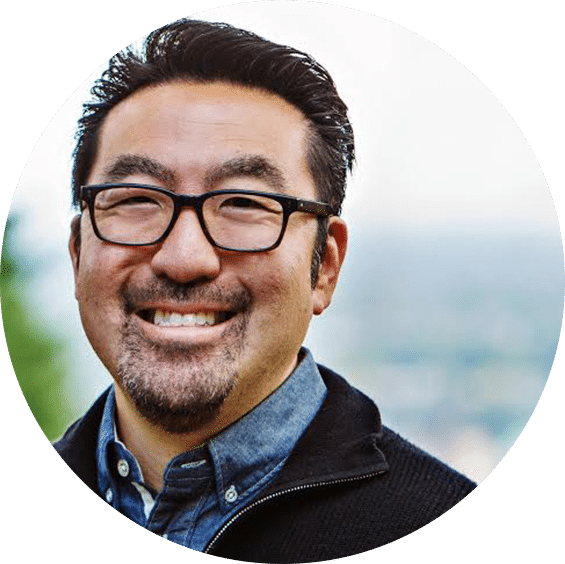 Some standard practices of a continuous integration process include the following :

How does Continuous Integration make working so easy?

The purpose of Continuous Integration was to use it in combination with the automated unit tests that are written using the practices of test-driven development. This meant that the unit tests are run in the developer’s local environment and ensuring that it passed before it is committed to the mainline. This way it is possible to make sure that one developer’s work in progress won’t hinder the copy of another developer’s work. It is possible to disable the partially complete features before the commit is done.

The process of CI included the introduction of the build server in the later stages which automatically ran the unit tests on a regular basis or even after the completion of each commit and results are reported to the developer. The practice of using the build server and not the unit test running is being deployed by the software developer community.

For automating the unit tests, the organizations use a CI methodology that is typically done using a build server to implement the continuous process for the application of the quality control. It includes the small pieces of effort that are applied frequently in order to make the process of CI successful. This type of process is used for running the unit and integration tests along with running the static and dynamic tests. It is possible to extract and format the documentation process and measuring and profiling the performance from the source code and facilitate the process of manual quality assurance. So the methodology of Continuous Integration can be applied to the QA process too.

Bamboo : Bamboo is a Continuous Integration tool that is developed by Atlassian and available as a cloud and server version. The cloud version is hosted on the Amazon EC2 instance. Other Atlassian tools like BitBucket and JIRA are supported by Bamboo.

Apache Gump : Apache Gump helps to build and compile the software code and detect the changes that are not compatible with the code as soon as such changes have been included into the version control systems.

CircleCI : CircleCI is hosted on GitHub. The CircleCI Continuous Integration tool supports a variety of language including Python, Java, Ruby on Rails, PHP and others. CircleCI makes use of containers to offer its services.

Buildbot : Buildbot is another tool for continuous integration that is open source and it helps to integrate, build and test the processes in an automated fashion. You can use Buildbot on a number of OS like Windows, Linux. It supports the integration with various software and configuration management tools.

TeamCity : TeamCity is another Continuous Integration tools that is based on Java. It offers support for the Ruby, Net and Java platforms tool. You can get a range of free plugins for TeamCity and also integration with various IDEs like Ecliplse IntelliJ and more. You can build and test TeamCity on various environments and platforms.

Travis CI : Travis CI is again an open source Continuous Integration tools that is hosted on GitHub. This tool supports multiple languages and it is platform independent. Applications in Travis CI are created using virtual machines.

When developers are working on the process of continuous integration each developer will take a copy of the current code base in order to initiate the work. As and when more developers will be submitting their change to the code in the source code repository it is obvious that the copy does not look like the original one in the repository code. This changed copy can not only accommodate the change in existing code base but also new code can be added to the same along with the addition of new libraries as and when needed.

There are organizations that have a slightly different version of working with Continuous Integration i.e. before submitting the work they must do a complete build and run test and also ensure that the code passes the test. Such kind of tests can be run on a Continuous Integration server automatically as and when it detects a new code commit.

Continuous Integration aspires to have the process in place so that the new and changed codes are existing in the code repository and that there is no time lapse between the commit and build. This precludes the need for errors that might arise without the developers being able to notice and correct it. Continuous Integration gives the benefit of triggering the builds thanks to every commit in the repository instead of having to periodically having to do the build scheduling. This type of automation will ensure that whenever there are multiple developers that are rapidly committing the codes it is possible to have a trigger in a short time after each commit and then deploying a build when the timer has expired. This type of scheduling is available in a lot of the automation tools.

It is possible to deploy the version control in the software by the methodology of continuous integration. Version control can also be called as revision control. This is applicable to the source code of the project. In order to run the version control system there is a need to have the artifacts of the build project to be placed in the repository.

Continuous integration comes as a boon to the software development community. It has redefined the age-old practices of building software and deploying it to client in a whole different way. Some of the obvious benefits of Continuous Integration are as follows:

Continuous Integration is defining how organizations are deploying DevOps in order to streamline the entire process of software development life cycle. Already forward-looking enterprises are heavily invested in Continuous Integration processes, tools, methodologies and best practices. It is only a matter of time before continuous integration becomes mandatory for all software enterprises in order to create software that meets the stringent requirements of the clients.

Get in touch with Intellipaat for the definitive DevOps training that includes Continuous Integration!

What is Azure Information Protection?

What is Azure Security Center?

What is Azure functions and How to create it?

What is Azure Application Gateway?

What is Azure Firewall?