Home / Blog / What is the future of Blockchain Technology?

What is the future of Blockchain Technology?

If you have been following cryptocurrency, then you should be well-aware that at the heart of Bitcoin lies, what is called, Blockchain technology. Blockchain is an unchangeable and unhackable digital ledger that records transactions in a verifiable and permanent manner. But, let us look at the future of blockchain technology and its scope in the upcoming years.

A research project in 1991, Blockchain is slowly catching attention and has been under public scrutiny over the last two decades. What is this technology capable of, and is it the future? Let us take a look:

Check out this Blockchain tutorial by Intellipaat:

A hash is nothing but special algorithms. This means that it is an immutable ledger with high data security. If one block in the chain is altered, it becomes quite apparent. It would be very difficult for hackers to be able to break into the system without changing every block in the chain across all distributed versions.

Bitcoin and Ethereum are examples of such blockchains that are continuously growing. As more and more blocks get added to the chain, the ledger becomes all the more secure.

We keep mentioning blocks, but what are they? Blocks are constituted by digital pieces of information primarily categorized into three parts:

Want to learn more about Blockchain? Check out our blog on Blockchain tutorial!

Why is there so much hype around Blockchain technology?

In the past, there have been instances where attempts were made to formulate digital money, but they have not been successful, mainly, due to security and trust issues. Bitcoin had a solution for that through its Blockchain technology. Compared to other databases, Blockchain has no central authority and is operated by the people who use it.

On top of that, the data it contains cannot be faked or compromised. This caused the whole hype and demand. Blockchain has, for obvious reasons, moved beyond cryptocurrency and found implementations in other real-world applications as well. This is where we can start thinking of the future of Blockchain technology.

Take up Intellipaat’s Blockchain Certification and master the concepts of Blockchain.

Applications and the Future of Blockchain Technology

Many organizations across various fields and domains have been attracted to this technology and the future Blockchain applications. Additionally, Blockchain technology has been a part of many studies as a form of disruptive technology that has the potential to be recognized more widely across the world.

Let us take a look at the future of Blockchain technology in various fields.

Future of Blockchain in the Finance Industry

When it comes to the matter of tracking financial properties, Blockchain technology has kept its promise as well as shown consistency. Several financial institutions have invested in this technology after recognizing its potential and beneficial impacts.

Because of its transparent ledger system, Blockchain can tackle the flow and dealings of black money flow. Governments are considering it as an option to have more efficient regulations over the countries’ economies.

Future of Blockchain in Cybersecurity

For obvious reasons, Blockchain technology’s future scope majorly lies in the field of Cybersecurity. Although the Blockchain ledger is open and distributed, the data is secure and verified. The encryption is done through cryptography to eliminate vulnerabilities such as unauthorized data tampering.

Centralized servers can pose a high risk of data hacking, loss, or human errors. Cloud storage can be made more secure and robust against hacking with the implementation of Blockchain technology, just like its application in cybersecurity.

Blockchain in IoT and Networking

Companies such as IBM and Samsung are adopting Blockchain technology to develop a distributed network of IoT devices. The concept is called ADEPT and it aims to remove the centralized location for the management of communication between devices for activities that include software upgrades, error handling, observing energy practices, etc.

Use of Blockchain in Digital Advertising

Owing to the challenges faced by digital advertising, including bot traffic, lack of transparency, domain fraud, inefficient payment models, etc., promoters and publishers have a difficult time due to the bad players. Through its transparency and reliability, Blockchain has been found to resolve such issues in the supply chain. Advertisement-related transactions can be better dealt with by employing this technology.

The use of blockchain can reduce time delays and human errors and monitor employment, costs, and releases at each step of the supply chain. Through traceability, Blockchain can also ensure the fair trade status and legitimacy of products. Blockchain has the potential to prevent the loss of revenue from black- or grey-market products and avoid reputational damage as well.

In 2017, the value of Bitcoin Blockchain went up tremendously unlike any single service or money. Cryptocurrency is considered one of the most appreciated properties available in the market. The value of Bitcoin is not defined by the basic concept of demand and supply. The demand for Bitcoin will again go up even with the fixed limit of 21 million units of Bitcoin. Due to this reason, governments are expected to create their own digital currencies and participate in an open market. This national digital currency can also be the future scope of Blockchain technology.

The concept of Blockchain can further help in the administration of very large quantities of data, which can be very useful for government agencies. The implementation of Blockchain will make for an effective data management system with the power to drive improvement in the functioning of these agencies.

High Demand for Blockchain Experts in the Future

Preparing for job interviews? Take a dive into the most-asked Blockchain Interview Questions and Answers now!

Without a doubt, Blockchain technology’s benefits will soon attract businesses and organizations around the world to invest more in it. It is still in its starting phase but this, one of the newest technologies, will take a little more time to gain traction and will require patience. However, the pros of Blockchain are hard to ignore, but the technology will indeed help various industries as the verification for every piece of data that goes in and through these Blockchain systems will be a preventer of many adversities.

Visit our Blockchain Community and start a discussion with our experts about the future scope of Blockchain technology.

4 thoughts on “What is the future of Blockchain Technology?” 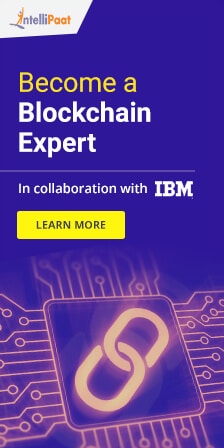 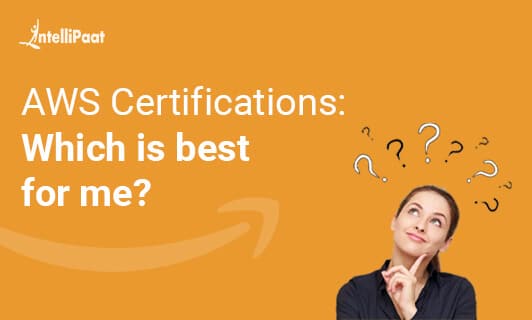