How to Use Data to Make a Hit TV Show?

Many of you may have not heard about Roy Price, but he has marked very important 22 entertaining minutes. Roy Price is a Senior Executive with Amazon Studios, which is a TV production company of Amazon.com. He has a very responsible job of picking the shows – the original content that Amazon is going to make.

With so many TV shows out there, it is a very competitive area of responsibility. Roy has to find shows that are incredibly influential and inspiring for the audiences worldwide, keeping up with the brand value of Amazon Web Services. In simple words, he has to prepare shows that are very to nearer to 10 on the scale of 1-10.

There is a rating curve of 2,500 TV shows on the website IMDB.  A television show with the rating of 9 points or above is considered a winner, which clearly evident that you have top 2% shows.  Shows like ‘Planet Earth,’ ‘Breaking Bad,’ ‘Game of Thrones,’ ‘The Wire’ are all the most addictive and mind blogging ones such that you are ardent to receive the next episodes. You are madly in love with these kinds of TV shows. What Roy is worried about the bulge in the below curve that defines shows that aren’t really good and not that bad though and do not really excite us for ‘What is Next?’ 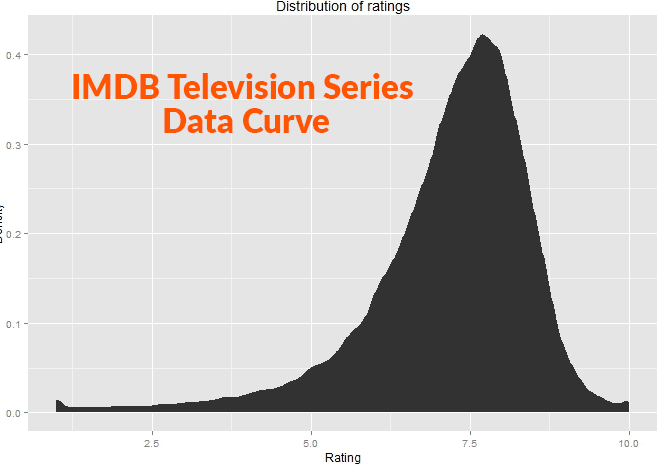 So, the next job of Price is to make sure that he is on the right end of this curve. The Pressure is on and Amazon badly needs a guaranteed success, even if they are doing it for the first time.

Roy Price holds a competition and takes a bevy of ideas for eight (8) TV shows and the team selects 8 candidates to make an evaluation for those shows. Price’s team at Amazon then makes the first episode for each of these 8 shows and put them live on the internet for free for millions of viewers to watch. What they don’t realize is that when they are watching these shows, they are being watched in real.

The million users watching the TV shows (produced and made live by Amazon- Roy and his team) are being tracked for everything they do. Whenever any person presses the ‘Play ’ button or “Pause” or what part they skip and what they watch again is watched by the TV show team. This gives them millions of data points, which will be helpful for them to decide what TV shows are liked the most and which show they should make and publicize. So they collect data, perform the data crunching and the result was ‘Alpha House.’ The show was not that good having a rating of 7.5, which was slightly above the average but not what the Amazon TV studio team aimed for.

Meanwhile, another man did manage to create a top TV Show using data analysis- his name is Ted Sarandos, the Chief Content Officer at Netflix. He also used data to do that except that Ted and his team did it differently. Instead of holding a competition, the team went into looking at all the data they already had about their viewers, their behaviour and likes, the ratings viewers gave to various shows on Netflix and alike. Then, they used that data to discover the bits and pieces about audience regarding what producers and actors they loved watching. Once they brought all the pieces together, then emerged the very successful a drama series, “House of Cards.” Netflix nailed it with House of cards as it got a 9.1 rating on the IMDB Television Series Data Curve.

Did you realize the difference between the approaches of these two most competitive data-savvy companies? The logic tells you that it should work well in all situations when you are collecting millions of data points, you should be able to make a wise and prolific decision.  However, if data analysis doesn’t work this way, it is a matter of concern. 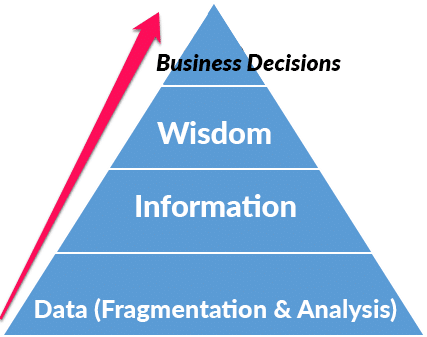 We live in the age where we turn to data to make extremely serious and crucial decisions that are far beyond TV. Data is moving rapidly in the real-life decision making- it is ubiquitous in work places, medicine, law enforcement. So, it is sure that data is helping everyone.

It is bit difficult to understand but data and data analysis, no matter how powerful, is only helpful in taking a problem apart and understanding its bits and pieces. It never helps you the other way round (putting them together and deriving a conclusion). Instead, the other part is taken care by the most powerful force, i.e. Your Brain. If it’s the brain of a data expert, it can wonderfully collate those bits and pieces together.

This is what Netflix did. They used data and brains together to make the decision of creating ‘House of Cards’, but the decision making process was never the play of data analysis. On the contrary, Amazon did it the wrong way. They used all those data to drive their decision making and landed into a situation to get everything except what they were hoping for. So, one thing every professional working with data and aspire to become a Big data Analyst or Data Scientist should remember is that ‘Data is certainly a massively useful tool for better decision making, but things go in the wrong direction when this data starts to drive those decisions.’  Data is just a tool.

In the phase of huge amounts of data, it’s the learning and expertise that we acquire to make decisions and do something extraordinary to get on the right end of the curve.

Hive VS HBase: What Is The Difference?

Best Data Engineering Tools to use in 2023

How to Use Data to Make a Hit TV Show?