As part of the iOS tutorial you will learn about iOS installation, tools needed for building an app, registering an Apple developer account, iOS Xcode installation, benefits of Xcode, iOS simulator, iOS SDK and more.

To build an app following tools are necessary:
Mac
Mac OS is must for the iOS development. To build an iPhone or iPad app you require to first getting a Mac with Intel based processor running on Mac OS X version 10.8 or later. The cheapest option is to get the Mac Mini.
The fundamental model of Mac mini has 2.3GHz dual core Intel Core i5 processor and 4GB memory. It is sufficient to run the iOS development tool easily.
Looking  for Jobs in Mobile Development ? This blog post gives you all the information you need! 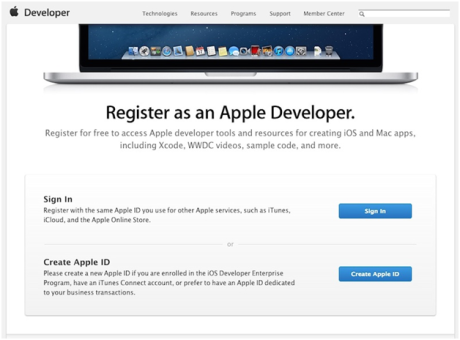 Step 2: If you have applied then sign in otherwise create apple id as follows: 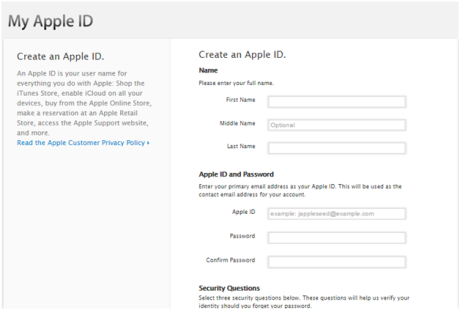 Step 3 − Fill the required information as specified in the form.
Step 4 − Validate your account with your email verification and the account becomes active.
Step 5 – After this you will be capable to download the developer tools such as Xcode which is packaged with iOS simulator and iOS SDK.

iOS – Xcode Installation
To developing iPhone and iPad apps Xcode is needed to download. It is an integrated development environment which provided by Apple.

With Xcode, you can do the following: 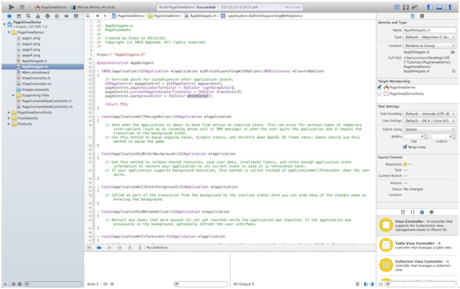 iOS Simulator
Xcode already includes a built-in iPhone and iPad simulator. It permits you to quickly prototype and test builds of your app during the development procedure. It runs on your Mac and act like a standard Mac app as simulating an iPhone, iPad etc. It is a preliminary testing tool to use before testing your app on an actual device. 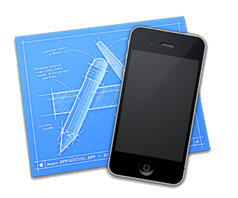 iOS SDK – It is a software development kit which is released in 2008 to develop the native applications for iOS. It permits people to write applications for both the iphone and the iPod Touch. The iPhone SDK contains the Xcode IDE, Instruments, iPhone simulator, frameworks and samples, compilers, Shark analysis tool, and more. To download the iPhone SDK you must have an Apple ID. 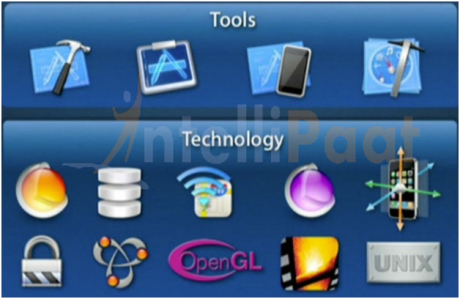