Home / Blog / What is Cassandra?

Apache Cassandra is a highly scalable and available distributed database that facilitates storing and managing high-velocity structured data across multiple commodity servers without a single point of failure. Let's learn more about Cassandra in this blog.

Here’s a list of topics we’ll be covering in this blog:

Facebook originally developed Cassandra for inbox search. It was made open-source in July of 2008. It was then accepted by Apache incubator in March 2009. Since 2010, Cassandra has been a top-level project of Apache and is currently part of the Apache Software Foundation.

Features and Characteristics of Cassandra

Learn more about Cassandra in this comprehensive Cassandra Tutorial now!

Some of the key components of the Cassandra architecture are as follows:

Check out our Database Certification courses to get professionally equipped.

Cassandra is a very robust and complete NoSQL database that is being deployed by some of the biggest corporations on earth such as Facebook, Netflix, Twitter, Cisco, and eBay. The following are some of the obvious features of Cassandra that clearly make it stand out from the crowd:

Support for a Wide Set of Data Structures 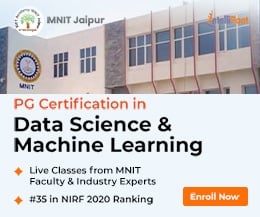 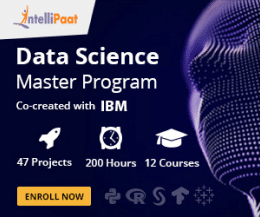 It can be easily scaled from a certain set of nodes to a higher set of nodes by a simple addition of extra nodes in a linear fashion without having to get into the complexities, and it gives an immediate increase in the throughput and response time.

This NoSQL database lets you distribute your data in a seamless manner over multiple data centers by a simple process of data replication.

Cassandra is built to handle the failure of nodes in the cluster without affecting the performance in any way as it has no single node failure, an essential feature for mission-critical applications.

The properties of ACID (atomicity, consistency, isolation, and durability) are well supported by Cassandra database, which is quite a significant feature since ACID transactions are supported by RDMS.

Go through this short video from Intellipaat elucidating on Cassandra:

When it comes to the speed of data writing, Cassandra is truly fast and lets you store huge amounts of data on commodity hardware without affecting the read efficiency in any way.

Cassandra NoSQL technology that is so widespread today saw its genesis in the Facebook inbox search. The social media giant open-sourced Cassandra in July 2008. It became a part of Apache Incubator in 2009 and finally became a part of the Apache top-level project in 2010. Today, it is an integral part of the Apache Software Foundation and can be used by anybody interested in benefiting from its multiple uses. The file distribution system in Cassandra is peer-to-peer across the nodes, and due to this, all data is distributed across the entire set of nodes in the cluster.

Any node in the cluster can accept the requests for reading or writing data irrespective of whether the data is residing in the cluster or not. The process of how data is replicated in Cassandra is via some of the nodes that act as replicas for a certain chunk of data. Today, there is a large amount of data, and this data is validated for being up-to-date or not. If it is not the latest data, then Cassandra will return with the latest value of the data. The outdated data is then revised with the latest value in order to keep the system updated.

What is the scope of Apache Cassandra NoSQL tool?

Ever since its open sourcing in 2008, the Cassandra NoSQL tool has found widespread adoption among some of the biggest companies from around the world. Cassandra’s massive decentralized architecture lets these companies store data in a distributed manner while having full control and flexibility in dealing with the data. In addition, no single point of failure makes it irresistible to those organizations that just cannot afford to suffer data loss or server downtime.

Netflix, which is the biggest player in the online streaming of movies and entertainment content, is exclusively using this technology for storing data in a decentralized manner and deploying the replication strategy across its multiple AWS servers to make data more resilient and failsafe.

Cassandra’s column-oriented data storage methodology makes it quite easy to store data where each row in a column family can contain a varied number of columns, and there is no need for the column names to match. Due to the log-structured storage engine of Cassandra, it is possible to deploy high-speed write operations that are most suited for storing and analyzing sequentially captured metrics.

Owing to its inherent persistent cache of data, Cassandra can be deployed for storing key–value data that needs to have high availability. Due to the linear scalability of Cassandra, there is no downtime as new nodes can be added on demand to the cluster.

Since most of the Big Data available today are in an unstructured format, it makes perfect sense to integrate the NoSQL database Cassandra for Hadoop applications. This is another reason why Cassandra has seen widespread deployment. It is possible to deploy MapReduce jobs read and write operations to the Cassandra database. You can also deploy Apache Pig for querying and storing data in the Cassandra NoSQL database.

Who is the right audience for learning Apache Cassandra?

How will learning Apache Cassandra help you in your career?

Today, the whole world is revolving around Big Data and Hadoop. It is a fact that most of the big data come in the NoSQL format which could be videos, log data, images, satellite feeds, data from remote sensing, IoT devices, and others. So, it is very vital that professionals deciding upon a career in Hadoop need to understand the NoSQL databases.

This is where the Apache Cassandra NoSQL tool can really help you in taking your career to the next level. Cassandra is a powerful tool that has some unique characteristics, making it one of the best NoSQL tools to integrate into the Hadoop ecosystem. Cassandra is highly effective in working with a whole host of datasets, making it rather like a Swiss Army Knife when it comes to processing data. So, qualified Cassandra professionals can really get a staggering hike in their salaries, with increased responsibilities, leading to overall career growth.

1 thought on “What is Cassandra?” 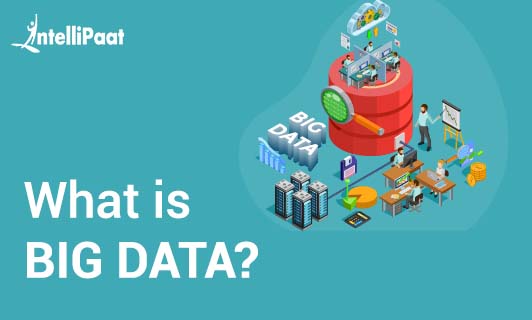