Home / Blog / What is Apache Storm?

Apache Storm is an advanced Big Data processing engine that processes the real-time streaming data at an unprecedented speed, which is way faster than Apache Hadoop.

Apache Storm is an open-source distributed real-time computational system for processing data streams. Similar to what Hadoop does for batch processing, Apache Storm does for unbounded streams of data in a reliable manner.

Storm was developed by Nathan Marz as a back type project which was later acquired by Twitter in the year 2011. In the year 2013, Twitter made Storm public by putting it into GitHub. Storm then entered Apache Software Foundation in the same year as an incubator project, delivering high-end applications. Since then, Apache Storm is fulfilling the requirements of Big Data Analytics.

Along with the other projects of Apache such as Hadoop and Spark, Storm is one of the star performers in the field of data analysis. Companies can get benefitted immensely as this technology facilitates multiple applications at once. Some of the situations when you should go for Storm over Spark are mentioned in the below table:

Now that you know what Apache Storm is, let’s come to its architecture. Apache Storm architecture is quite similar to that of Hadoop. However, there are certain differences which can be better understood once you get a closer look at its cluster:

There are basically four components which are responsible for performing tasks in Apache Storm:

Wish to have a clearer answer to the question ‘What is Apache Storm?’ Read this Extensive Storm Tutorial!

Why use Apache Storm?

Experts in the software industry consider Storm to be the Hadoop for real-time processing. While real-time processing was becoming a much talked about topic among the BI professionals and data analysts, Apache Storm evolved with all those capabilities which were needed to fasten up the traditional processes.

What were those features which made Apache Storm suitable for real-time processing? Let’s take a look:

Storm UI REST API: Storm UI daemon provides a REST API that allows you to interact with a Storm cluster, which includes retrieving metrics data, configuring information, and managing operations such as starting or stopping topologies.

Storm is highly scalable with the ability to continue calculations in parallel at the same speed under increased load. As mentioned earlier, it is important to note that it has created a benchmark of processing 1 million messages of 100 bytes size on a single node which makes it one of the fastest technology platforms. Equipped with these features of speed and scalability, this technology outshines other existing ones when it comes to processing bulks of data at an unprecedented speed.

Moreover, Apache Storm is based on the ‘fail fast, auto restart’ approach that allows it to restart the process once a node fails without disturbing the entire operation. This feature makes Storm a fault-tolerant engine. It guarantees that each tuple will be processed ‘at least once or exactly once’, even if any of the nodes fail or a message is lost.

The standard configuration of Storm makes it fit for production instantly. Once the Storm cluster is deployed, it can be easily operated. Besides, it is a robust and user-friendly technology, making it suitable for both small- and big-sized firms.

With massive data being produced each second, the need for processing them in real time has grown tremendously. However, some companies still wish to stick to the traditional batch-processing system and interactive workflows. Apache Storm fulfills these conventional requirements along with its additional tools and technologies which are commonly used with Hadoop.

Its scalability, high speed, and reliability have made Storm a preferred choice among the present-day Data Analysts. 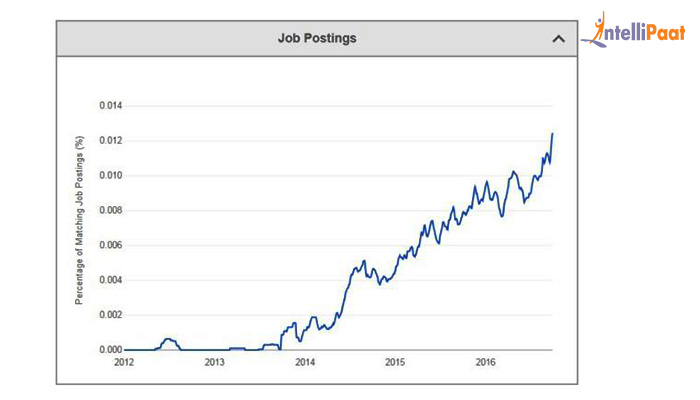 There is still room for many advancements that can make Apache Storm richer with respect to driving its demand and market ahead. Some of them are listed below:

Integration with YARN: YARN’s strengths have already improvised Hadoop by implementing new services into its infrastructure. Similarly, YARN can be integrated with Storm to make it more viable for developers as, with YARN, they would be able to focus on their applications regardless of the infrastructure being implemented.

More Security Provisions: Apache Storm was initially considered as threat prone and less secure. But, it is going to cover up this loophole in the coming years with the following features:

Increased Scalability: Storm is already providing scalability to its users with less than 20 nodes to process a million jobs per second. This speed is going to increase in the forthcoming years as it is going to scale up to several thousands of nodes for real-time processing.

More Languages to be Incorporated: Apache Storm is considered to be supportive for multiple programming languages which will only increase in the future to facilitate higher productivity to its users.

Who is the right audience to learn Apache Storm?

Any fresh graduates can enroll in Intellipaat’s comprehensive Apache Storm Training. However, having a basic knowledge of Core Java and Linux administration will give a better insight into Apache Storm.

How will Apache Storm help you in your career growth?

Apache Storm is not only leading in the software industry but is having a widespread applicability across diverse domains like telecommunication, social media platforms, weather forecasting, etc., which make it one of the most demanded technologies of present times.

The availability of jobs for Apache Storm professionals is at its peak, paying an average salary of $123,000 to an Apache Storm Developer per year. This clearly demonstrates the kind of demand Storm has worldwide.

Being one of the robust technologies with the ability to support multiple programming languages has made Storm a preferred choice among corporates. Hence, getting trained in Storm will surely help you grab better career opportunities.

1 thought on “What is Apache Storm?”