Apache Hadoop is one of the most widely used open-source tools for making sense of Big Data. In today’s digitally driven world, every organization needs to make sense of data on an ongoing basis. Hadoop is an entire ecosystem of..Read More Big Data tools and technologies, which is increasingly being deployed for storing and parsing of Big Data.

It is an open-source data platform or framework developed in Java, dedicated to store and analyze large sets of unstructured data.

With the data exploding from digital media, the world is getting flooded with cutting-edge Big Data technologies. However, Apache Hadoop was the first one which reflected this wave of innovation. Let us find out what Hadoop software is and its ecosystem. In this blog, we will learn about the entire Hadoop ecosystem that includes Hadoop applications, Hadoop Common, and Hadoop framework.

Watch this video on Hadoop before going further on this Hadoop Blog:

How did Apache Hadoop evolve?

Inspired by Google’s MapReduce, which splits an application into small fractions to run on different nodes, scientists Doug Cutting and Mike Cafarella created a platform called Hadoop 1.0 and launched it in the year 2006 to support the distribution of Nutch search engine.

Apache Hadoop was made available for the public in November 2012 by Apache Software Foundation. Named after a yellow soft-toy elephant of Doug Cutting’s kid, this technology has been continuously revised since its launch.

As part of its revision, Apache Software Foundation launched its second revised version Hadoop 2.3.0 on February 20, 2014, with some major changes in the architecture.

The architecture can be broken down into two branches, i.e., Hadoop core components and complementary/other components. 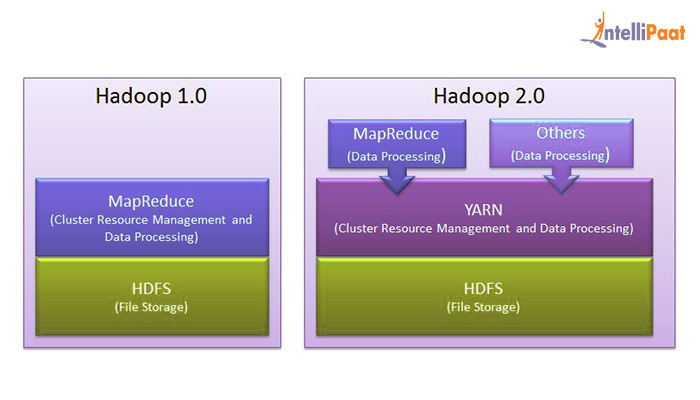 There are four basic or core components:

Ambari: Ambari is a web-based interface for managing, configuring, and testing Big Data clusters to support its components such as HDFS, MapReduce, Hive, HCatalog, HBase, ZooKeeper, Oozie, Pig, and Sqoop. It provides a console for monitoring the health of the clusters as well as allows assessing the performance of certain components such as MapReduce, Pig, Hive, etc. in a user-friendly way.

Cassandra: It is an open-source, highly scalable distributed database system based on NoSQL dedicated to handle massive amounts of data across multiple commodity servers, ultimately contributing to high availability without a single failure.

Flume: Flume is a distributed and reliable tool for effectively collecting, aggregating, and moving the bulk of streaming data into HDFS.

HBase: HBase is a non-relational distributed database running on the Big Data Hadoop cluster that stores large amounts of structured data. It acts as an input for the MapReduce jobs.

HCatalog: It is a layer of table and storage management which allows developers to access and share data.

Hive: Hive is a data warehouse infrastructure that allows to summarize, query, and analyze data with the help of a query language similar to SQL.

Oozie: Oozie is a server-based system that schedules and manages the Hadoop jobs.

Pig: A dedicated high-level platform, Pig is responsible for manipulating data stored in HDFS with the help of a compiler for MapReduce and a language called Pig Latin. It allows analysts to extract, transform, and load (ETL) the data without writing codes for MapReduce.

Sqoop: It is a mechanism to transfer huge amounts of data between Hadoop and structured databases.

In this section, you will learn about Hadoop download. To work in the Hadoop environment, you need to first download Hadoop which is an open-source tool. Hadoop download can be done on any machine for free since the platform is available as an open-source tool. However, there are certain system requirements that need to be satisfied for a successful download of the Hadoop framework such as:

Hadoop can work on any ordinary hardware cluster. All you need is some commodity hardware.

When it comes to the operating system, Hadoop is able to run on UNIX and Windows platforms. Linux is the only platform that is used for product requirements.

When it comes to the browser, most of the popular browsers are easily supported by Hadoop. These browsers include Microsoft Internet Explorer, Mozilla Firefox, Google Chrome, Safari for Windows, and Macintosh and Linux systems, depending on the need.

The software requirement for Hadoop is the Java software since the Hadoop framework is mostly written in Java programming language. The minimum version for Java is the Java 1.6 version.

Within the Hadoop ecosystem, Hive or HCatalog requires a MySQL database for successfully running the Hadoop framework. You can directly run the latest version or let Apache Ambari decide on the wizard that is required for the same. 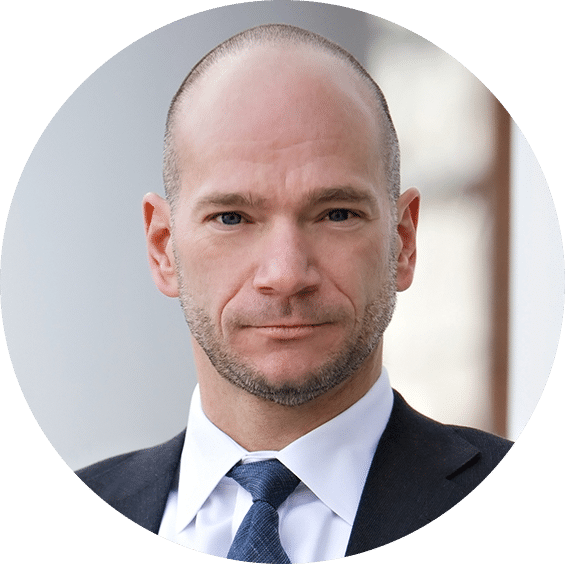 Though Hadoop is a distributed platform for working with Big Data, you can even install Hadoop on a single node in a single standalone instance. This way, the entire Hadoop platform works like a system that runs on Java. This is mostly used for the purpose of debugging. It helps if you want to check your MapReduce applications on a single node before running on a huge cluster of Hadoop.

This, in effect, is a single-node Java system that runs the entire Hadoop cluster. So, various daemons such as NameNode, DataNode, TaskTracker, and JobTracker run on the single instance of the Java machine to form the distributed Hadoop cluster.

There are various components within the Hadoop ecosystem such as Apache Hive, Pig, Sqoop, and ZooKeeper. Various tasks of each of these components are different. Hive is an SQL dialect that is primarily used for data summarization, querying, and analysis. Pig is a data flow language that is used for abstraction so as to simplify the MapReduce tasks for those who do not know to code in Java for writing MapReduce applications.

The Word Count example is the most relevant example of the Hadoop domain. Here, we find out the frequency of each word in a document using MapReduce. The role of the Mapper is to map the keys to the existing values and the role of the Reducer is to aggregate the keys of common values. So, everything is represented in the form of a key–value pair.

Cloudera offers the most popular platform for the distributed Hadoop framework working in an open-source framework. Cloudera helps enterprises get the most out of the Hadoop framework, thanks to its packaging of the Hadoop tool in a much easy-to-use system. Cloudera is the world’s most popular Hadoop distribution platform. It is a completely open-source framework and has a very good reputation of upholding the Hadoop ethos. It has a history of bringing the best technologies to the public domain such as Apache Spark, Parquet, HBase, and more.

You can install Hadoop in various types of setup for working as per the needs of big data processing.

Hadoop has various file system commands that directly interact with Hadoop distributed file system in order to get the required results.

These are some of the most common commands that are used in Hadoop for performing various tasks within its framework.

What is Hadoop streaming?

Hadoop streaming is the generic API that is used for working with streaming data. Both the Mapper and the Reducer obtain their inputs in a standard format. The input is taken from Stdin and the output is sent to Stdout. This is the method within Hadoop for processing continuous stream of data.

Hadoop is the application which is used for Big Data processing and storing. Hadoop development is the task of computing Big Data through the use of various programming languages such as Java, Scala, and others. Hadoop supports a range of data types such as Boolean, char, array, decimal, string, float, double, and so on. 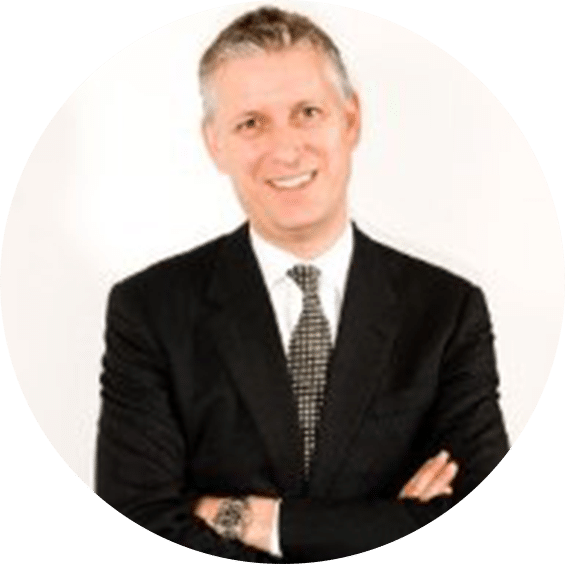 ‘Information is the oil of the 21st century, and analytics is the combustion engine’ – Peter Sondergaard, VP, Gartner

Some of the interesting facts behind the evolution of Big Data Hadoop are as follows:

Why should we use Apache Hadoop?

With evolving big data around the world, the demand for Hadoop Developers is increasing at a rapid pace. Well-versed Hadoop Developers with the knowledge of practical implementation are very much required to add value into the existing process. However, apart from many other reasons, following are the main reasons to use this technology:

Following are some of the companies that have implemented this open-source infrastructure, Hadoop:

What is the scope of learning Apache Hadoop?

With the market full of analytical technologies, Hadoop has made its mark and is certainly wishing to go far ahead in the race. Following facts prove this statement in a clearer way:

(1) As per a research conducted by MarketsandMarkets, the efficiency and reliability of Hadoop has created a buzz among the software biggies. According to its report, the growth of this technology is going to be US$13.9 billion by the next year, which is 54.9 percent higher than its market size reported five years ago.

(2) Apache Hadoop is in its nascent stage and is only going to grow in its near and long-term future because of two reasons:

(3) Marketanalysis.com reports Hadoop’s market to have a grip in the following segments in the years between 2017 and 2022:

Find some important tips to crack Hadoop Developer Interview in this amazing blog!

Why do we need Hadoop?

The explosion of big data has forced companies to use the technologies that could help them manage the complex and unstructured data in such a way that maximum information could be extracted and analyzed without any loss and delay. This necessity sprouted the development of Big Data technologies that are able to process multiple operations at once without a failure.

Some of the features of Hadoop are as listed below:

‘With data collection, ‘the sooner the better’ is always the best answer’ – Marissa Mayer, Ex. CEO of Yahoo

Who is the right audience to learn Hadoop?

However, a thorough idea of Java, DBMS, and Linux will surely give the aspirants an upper hand in the domain of analytics.

How Hadoop will help you in career growth?

According to Forbes’ report, about 90 percent of global organizations are investing in Big Data Analytics and about one-third of them call it ‘very significant.’ Hence, it can be inferred that Big Data Hadoop not only will remain merely as a technology but will also be a magical wand in the hands of the companies trying to mark their presence in the market. Therefore, learning Hadoop is like a feather in the cap for the beginners aspiring to see themselves as Analysts, 10 years from now.

The market trends which gives an upward trajectory for Big Data Analytics shows that the demand for Data Scientists and Analysts is not going to decline anytime soon. This clearly indicates that learning this technology will give a surety about making a successful career in this industry.

As per the statistics, the average Hadoop Developer’s salary in the United States is US$102,000 per year.

This clearly gives an idea that learning Big Data technologies will be your sure-fire ticket to grab the top-paying jobs in the Data Analytics world without an iota of doubt.

Hadoop has taken the Big Data market by storm as companies are constantly getting benefitted by its scalability and reliability. Though it will be exaggerating to say that it is the only player in the market, the continuous advancements have made it a preferable choice for the companies. With the increasing number of companies gravitating toward Big Data Analytics, learning this technology and being well-versed with its functionalities will definitely lead an aspirant to new career heights.

Check Intellipaat’s Hadoop Online Training Course to get ahead in your career!

What is Seaborn in Python

How to learn Business Analytics in 2020?

Ethical Hacking Career: How to start a career in E...

ReactJS vs React Native: Which one leads in Web an...

Python vs C: Key Differences You Need to Know