Home / Blog / What is Scala Programming?

What is Scala Programming?

Scala is a modern multi-paradigm programming language that is a combination of object-oriented and functional programming. It is highly scalable which is why it is called Scala.

Scala has become one of the most in-demand technology among developers and is working its way through today’s technology. Learn about Apache Spark from Cloudera Spark Training and excel in your career as a Scala Specialist. Here are some of the topics which would give you a brief explanation of Scala.

The biggest strength of Scala is its flexibility in defining abstractions. One of the important components of the Scala language is Scala IDE (Scala Integrated Development Environment) and it is used to connect to the Eclipse Java tool. This way the Eclipse features can explore with the Scala IDE. Scala is designed in such a way that it can inter-operate well with JRE (Java Runtime Environment) and the .NET Framework.

The code written in Scala is easier to test and reuse; the parallelization becomes simpler, and there are lesser bugs in the whole program. Scala programming follows a top-down approach; each of the programs is broken down into multiple chunks and each can be processed in parallel thus speeding up the process and also improving the efficiency.

Developed by the German Computer Scientist, Martin Odersky, the first version of Scala was launched in the year 2003, and it is running successfully since then.

‘We’ve found that Scala has enabled us to deliver things faster with less code. It’s reinvigorated the team’ – Graham Tackley, The Guardian

Comparison Between Scala and Java

There is a simple question that every developer should ask, why should he/she go for Scala instead of Java?  The following comparison will help you make your decision:

Scala and Java are two of the most important programming languages in today’s world. Though there are a lot of similarities between the two, there are much more differences between them.

Scala, when compared to Java, is relatively a new language. It is a machine-compiled language, whereas Java is object oriented.  Scala has enhanced code readability and conciseness. It has the facility to work in a multi-core architecture environment. The code that is written in Java can be written in Scala in half the number of lines.

Having outlined all these benefits of Scala over Java, you must have gotten a clear picture of why it is trending nowadays at such a pace. Some of the larger companies of present time, such as, Twitter, LinkedIn, Intel, etc., rely on this programming language for developing large products.

Learn how to use Functions in Scala.

What makes it so special over other available programming languages?

No language is perfect for all use cases, but Scala brings a lot of advantages. Some of its desirable features are:

If you have any query related to Spark and Hadoop, kindly refer our Big Data Hadoop and Spark Community.

Some of the benefits of Scala is that it takes less time to code as compared to Java which needs more lines of code. Scala also has the benefit of strong tools and APIs that can be used for creating various applications.

Some of the ways in which Scala language is deployed in real-world scenarios are as follows:

Since its inception, Scala has witnessed tremendous growth in its demand, which is sure to increase in the near future. Some of the statistics that support this hypothesis are mentioned below:

With these growing numbers, it can be claimed that Scala is one of the emerging technologies in the present scenario as major tech players are implementing it in their architecture.

Despite struggling among the established languages like Java and Python, Scala has made its own niche delivering high-end productivity and performance over the years.

Who should learn Scala?

With the growing requirement of professionals who are experts in both functional as well as object-oriented programming, Scala programmers and engineers will definitely make it big in this market. Moreover, if you are well-acquainted with Java, C++, C, and Python, Scala would be the perfect choice for you to improve your programming skills and get better career opportunities at the same time.

Prepare yourself with our Top Hadoop Interview Questions and Answers now!

How will Scala help you in your career growth?

It is not only just an easy and less tedious programming language, but it is widely used by some of the biggest companies like Twitter, LinkedIn, Netflix, etc., for implementing their platforms. These companies have, in turn, contributed to the recent growth of Scala as a mainstream language.

Following trends will give you a clearer view: 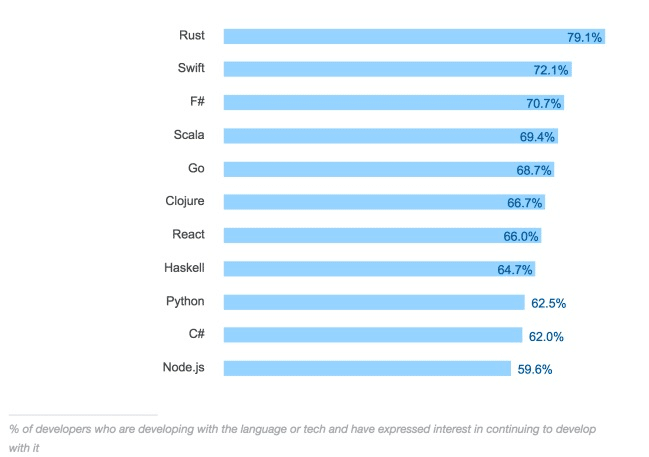 This definitely gives a fair idea of why candidates should learn this programming language in order to grab the best job opportunities.

With the increase in demand for Scala, companies are passionately looking for professionals having a good command over this programming language, which signifies that numerous lucrative career opportunities are awaiting aspirants who are wishing to make their careers in the Big Data world.

Want to get trained in Scala? Get enrolled in Cloudera Spark Course today!

Big Data Engineer Salary in India: How much does o...

What Is Big Data Analytics?

What is Scala Programming?