Through this section of the AWS tutorial, you will be introduced to the concept of networking with AWS. Here, you will also learn about key services, key concepts, and the architecture with detailed explanations and illustrations.

The networking services offered by AWS are immense. You can set up the Internet route by joining IP addresses and deploying logical servers according to the transmission protocols.

Let’s see the topics we are going to cover in this blog to understand AWS Networking:

Now, let’s go ahead and list a few key services in AWS.

Here, you are going to learn about the key concepts of Amazon Web Services.

The Amazon EC2 gives flexible calculation in setting up of the software systems. The configuration is completed by the MIs. For this MI you have to initiate another machine image as a logical server in Amazon’s information core. Many instances can be taken from the machine image.

While initiating an instance, the AWS ec2 instance types have to be selected, which describe the device abilities of the host system for that case. You need to use the public domain name system or even the Internet protocol to admit any event. The domain name systems are as follows:

Read this blog on How to Aim High with a Career in Cloud Computing now and excel in your AWS career!

You need to manually stop the instances, or else they will continue to flow. When any instance becomes unsuccessful, you can always restart a new instance from the machine image. You have to tailor your instances with extra tools and settings. Hence, it is better to store all the tailored settings for future use so that you can initiate any instance whenever required.

When you have your AWS account, it will be given a logical network for your connections, which is called Virtual Private Cloud (VPC). This network is separated from the remaining networks and offers safer network facilities to your system. It is similar to the rational connection but provides a much expandable architecture.

Want to know more? Here is an awesome AWS VPC tutorial for your reference, which will teach you all the concepts you wish to learn!

A subnet is a part of the logical cloud where the instances are to be initiated. It makes a collection of the same to provide safety and sound actions. An Internet entryway has to be given as a supplementary for serving the instances to attain the tune-ups. 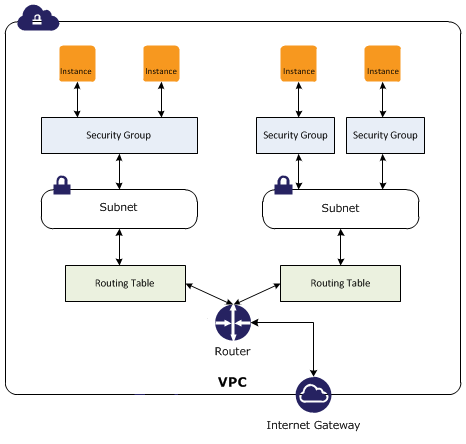 This route is vastly obtainable and expansible in the Internet service. It is very much dependable and economic for bringing traffic to your site by converting website names to Internet protocol addresses. It puts the links to the respective suppliers like EC2. You can modify your link names according to your choice and, if in case you do not have a name, you can find it out using Route 53. And if you have it, then you can send it to the 53rd route. It also allows managing domain names with the help of the hosted zones. One such zone will provide you with 4 server names. Go through this AWS documentation for learning in detail about how to set up AWS Route 53.
If you have any doubts or queries related to AWS, get them clarified from AWS experts on our AWS Community!

Auto-scaling Group (ASG) is for helping out logical servers, and it increases or decreases according to the requirements.

The crowd is shared among several instances with the help of the load balancer. More quantity of error acceptance can be well obtained by using this load balancer. It automatically directs the crowd to the ongoing instances when they are initiated and ended. Health surveys are also done due to its flexibility. The instances which are not working are routed for checking their health. Here is the official AWS documentation that will serve as an in-depth user and developer guide to Load Balancer. 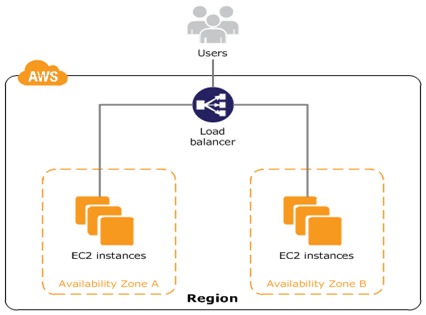 All types of subnets include EC2 instances. Those in the public are entered using the authentication of the security groups. They also determine the communication among the instances. The responsibility of the load is maintained by ASG. ASG spans the mostly present zones against the isolated zones. The crowd is shared among the instances by ASG. As soon as the instances are initiated or stopped, their load is arranged automatically by the load balancer. The 53rd route really provides the best directing of your field forename to your architecture on the web service. For more details about the deployment and troubleshooting of this architecture, check out this AWS documentation.

As a professional’s experience increases, their salary increases as well. Further, one’s exact salary also depends on their skills and knowledge. People with fewer years of experience can earn more than the average salary if they have a good knowledge of the subject.

Find AWS Training in Other Regions