Python is one of the most popular languages in the industry. Developers majorly use Python for application development. To develop applications in Python efficiently, we need certain development environments and tools. These are provided by an IDE. The popular Integrated Development Environment (IDE) for Python is PyCharm. Here, in this PyCharm tutorial, we will comprehensively learn about PyCharm.

PyCharm is an Integrated Development Environment (IDE) that provides tools for writing efficient code. It supports various frameworks such as Django, Flask, and Pyramid. PyCharm is majorly used by developers for application development with Python language. This PyCharm tutorial is entirely focused on answering the questions ‘What is PyCharm?’ and ‘Why do we use PyCharm for Python application development and for other frameworks?’

Let’s first understand the necessity of an IDE.

Before moving further in this PyCharm tutorial let’s have a look at the topics we will cover in this module:

Why do we need an IDE?

Let’s suppose, we are making a project using Python programming language. We know that Python is extensively popular among the developer’s community, as well as in industries, due to its following features:

Python is a very simple language compared to other programming languages. Also, it is a developer-friendly language.

Python is an object-oriented language that uses concepts of classes and objects.

We can create graphical user interfaces using Python Tkinter library. Besides, we can use modules such as PyQt5, PyQt4, and wxPython to create a GUI application.

Python is a high-level programming language. We do not need to take care of managing memory or the system architecture while writing Python codes.

Python is a portable programming language, i.e., we can run Python codes on any platform. For example, we can run a code written for Windows in Linux, UNIX, and Mac, without changing it.

Python is an integrated programming language. We can easily integrate C, C++, etc. with Python.

Python is an interpreted programming language as well. Python’s source code is changed to bytecode. Due to this, it is directly executed without compiling.

Python consists of a rich set of modules, packages, and libraries. It helps in various stages of application development.

Now, a question arises that where can we effectively use these Python features? This is where an Integrated Development Environment plays its key role.

An IDE typically has an editor and a compiler window. There, we can write our code, run it, and compile it. Hence, it becomes much easier to develop applications using an IDE. The major reasons for using an IDE are given below:

Further, we will see the details of an IDE in this first module of the PyCharm tutorial.

Next, let’s address the question, ‘What is PyCharm?’

Are you interested in learning Python? Enroll in the Python Course in London now!

PyCharm is among the most popular IDEs for application development in the industry. We use PyCharm as an IDE for developing applications in Python programming language. There are two versions of PyCharm: v2.x and v3.x. 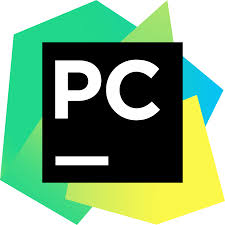 Features that make PyCharm the most preferable IDE for development are as follows:

Further, in this PyCharm tutorial, we will see the installation of PyCharm.

Wish to learn Python from experts? Come to our Python Course in Bangalore now!

For installing PyCharm, first, go to the official website of JetBrains. The link is given below:

After opening the above link, we will see the following window: 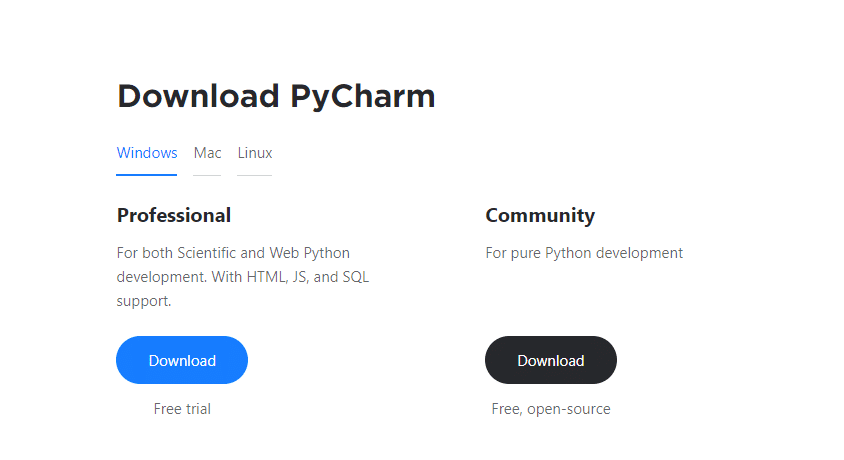 From here, we can choose either a Community or a Professional version as per requirement and can download and install it in our system easily with no effort.

Learn more about configuring PyCharm in our blog on PyCharm configuration.

Later in this PyCharm tutorial, we see a detailed explanation of PyCharm installation in Windows, Linux, Ubuntu, and macOS.

PyCharm is an IDE that is configurable and customizable according to our requirements.

Following customizations are possible in PyCharm:

If you have doubts or queries related to Python or PyCharm, get them clarified from the Python experts on our Python Community!