This Django REST API tutorial gives an introduction to Django REST Framework. It highlights why we use APIs and REST APIs. It also discusses topics such as Django REST API, Django serializers, Django class based views, and more.

Just the way we humans interact with computers with the help of a user interface, web applications or software programs also need to interact with each other. In order to do so, a different kind of interface is created. Before diving right into understanding what Django REST Framework is and how it works, here’s the table of contents for this Django tutorial in case you want to jump right into a particular topic.

From ordering food, or booking a hotel room, to downloading a software online, all this interactivity is made possible using something known as API or Application Programming Interface. In other words, API is nothing but an interface that other software uses to access data or other applications.

In simple terms, API is a way software programs interact with each other. Developers create an API on the server and allow clients or end-users to interact with it.

We know that a website uses the URL address to make a server call and pull up a webpage in a browser. APIs also facilitate server calls but in a simpler manner. APIs offer a standard set of instructions, using which developers, software applications, and sites can access web services or assets of a web application.

But the answer to the question, ‘How to access web services?’ was only SOAP (Simple Object Access Protocol) for a while. Unlike the acronym suggests, the protocol isn’t that easy. SOAP used to perform communication using the XML file structure exclusively. In order to work with SOAP in JavaScript, developers had to write a ton of codes, just to perform a simple task.

So, there was a need of a simpler alternative to SOAP. That is when REST API came into the picture.

Wish to crack Django job interviews? Intellipaat’s Top Django Interview Questions and Answers are meant only for you!

What is REST API?

REST stands for Representational State Transfer (REST). REST API uses a simple URL to make requests, instead of using XML. The primary rule of REST states that one should be able to get back a set of data when linked to a specific URL. In other words, a URL is used to send a request and to get back a response.

REST can use different HTTP verbs such as GET, POST, PUT, and DELETE to perform tasks. Unlike in SOAP, in REST-based web services, we can obtain outputs in a form that is easier to parse within the language, such as, JSON (JavaScript Object Notation) or CSV (Comma-separated Values).

Let us move ahead and take a look at the factors that make DRF so popular.

Alright, let us discuss what Django REST Framework is and the structure of Django REST API.

What is Django REST Framework?

Django REST Framework or DRF is just a powerful yet easy-to-use platform that allows a web-browsable version of API. DRF is built on top of Django. It provides a set of powerful tools to make the RESTful API development process easy.

Alright, let us go ahead and discuss the installation process of Django REST Framework.

Run the following command in the command prompt to install Django REST Framework:

The first part in the process of building an API is to provide a data serializer in DRF. A Django serializer converts complex data from models and querysets into the JSON format.

Django serializers also work similarly to Django’s Form and ModelForm classes. While building a Django REST API, we provide the Serializer class that gives us a powerful and generic way to control the output of our responses.

Django serializers provide useful shortcuts for creating serializers that deal with model instances and querysets. One magical thing about Django REST Framework is that Django serializers also provide deserialization, which allows parsed data to be converted back into complex types, after first validating the incoming data.

Requests and Responses in Django

Two of the most essential building blocks of Django RESTful API are adding request objects and response objects.

The primary functionality of a request object is the request.data attribute, which is similar to request.POST, but more useful for working with web APIs. Let us see the difference between request.POST and request.data.

In Django REST Framework, a router allows the automatic URL routing. In other words, it provides us a simple, quick, and consistent way of wiring our view logic to a set of URLs. So, instead of defining the URL pattern for each view in a ViewSet, we can just use a router to do it for us.

In this Django tutorial, we have learned what a REST API is and why do we use APIs and REST APIs. It also discussed topics such as Django REST API, Django serializers, Django class based views, and more. If you’ve found these concepts interesting and want to get in-depth knowledge on Django Web Framework and Django RESTful API on your own, head on to Intellipaat’s Django Course structured by technical experts. 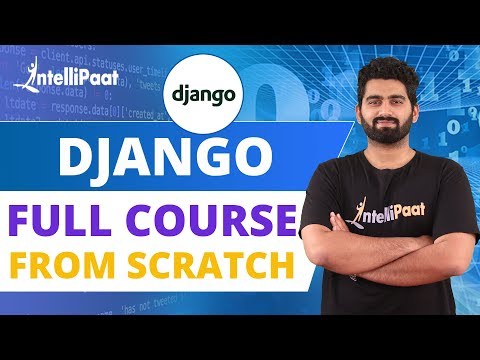 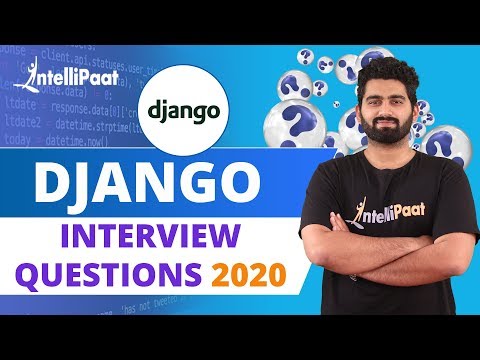