In this part of the R programming tutorial, you will be introduced R programming cheat sheet, that you can refer to when you need a quick and handy reference to get started with all the basics of R programming language.

Wish to get certified in R! Learn R from top R experts and excel in your career with Intellipaat’s R Programming certification!

Data Structures in R cheat sheet will help you with the basic concepts and the commands one must know to get started with it. It is helpful for beginners as well as experienced people as it provides a quick overview of the important concepts required.
Further, if you want to learn Data Structures in R, you can refer to the R tutorial. 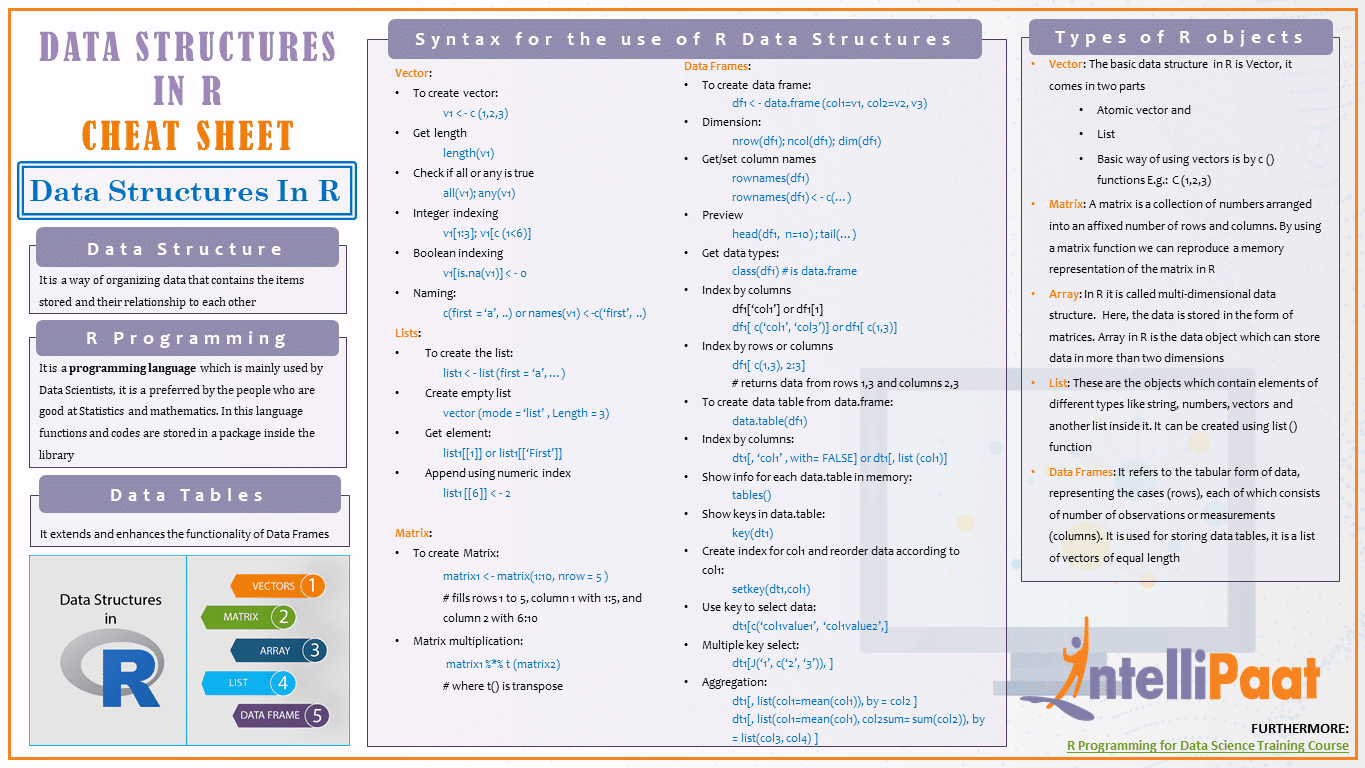 Data Structure: It is a way of organizing data that contains the items stored and their relationship with each other
R Programming: It is a programming language that is mainly used by Data Scientists, it is preferred by people who are good at Statistics and mathematics. In this language functions and codes are stored in a package inside the library

Go through this R Programming training in Singapore to get a clear understanding of Artificial Intelligence!

It extends and enhances the functionality of Data Frames 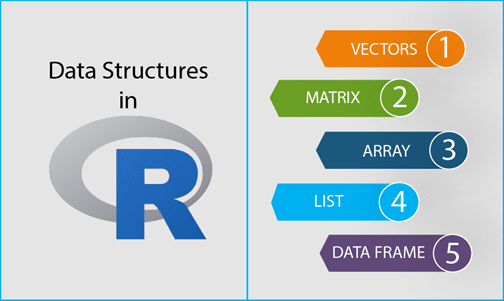 Types of Data Structures in R

Syntax for the use of R data structures:

Learn end-to-end R Programming concepts through the R Programming training in Hyderabad to take your career to a whole new level!

Get familiar with the top R Interview Questions to get a head start in your career!

# where t() is transpose

With this, we come to an end of Data Structures in R Cheatsheet. To get in-depth knowledge, check out our R Programming Course that comes with 24*7 support to guide you throughout your learning period. Intellipaat Data Analytics course with R Programming will help you be a master’s in data Manipulation with R programming, Data visualization in R, advanced analytics topics like regressions, data mining using RStudio. You will work on real-life projects and assignments to master data analytics.

Have a look at this awesome blog on Why should you learn R and clear all your doubts related to it!