R is a language that was developed by Statisticians for Statisticians. So, if you are one of those statisticians who wants a simple and effective tool to work with, then R should be your go-to language. Now, even though R was created for the purpose of Statistical analysis, it is a versatile and powerful tool. So, in this R Programming Tutorial, we will comprehensively understand why R is so powerful and why you should learn R programming for the advancement of your career.

This R Programming tutorial for beginners covers the following topics:

R is one of the most commonly used programming languages used in data mining. As of March 2022, R ranks 11th in the TIOBE index, a measure of programming language popularity, in which the language peaked in 8th place in August 2020. In this R tutorial, we will start by learning what exactly is R. 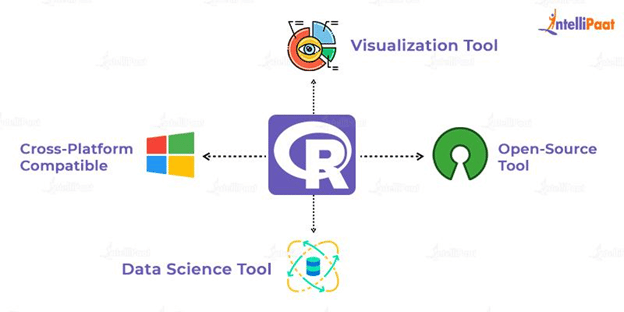 Now, let’s explore each of these traits of R.

Since R is an open-source programming language, you can download it for free and start to learn R Programming. And if you already are an expert at R Programming, you can contribute to the R Community by creating your packages which the entire R community can use. So, you can add your innovations to the existing set of libraries in R. 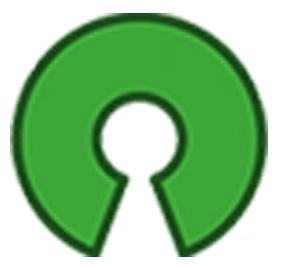 Have you got more queries? Come to our R Programming Community and get them clarified today!

Since R is a cross-platform compatible language, you can run the same R code in multiple operating systems. Let’s say, you are using a windows system, but your client has a MAC, you don’t have to worry at all, because your R code will run without any problems on your client’s system. 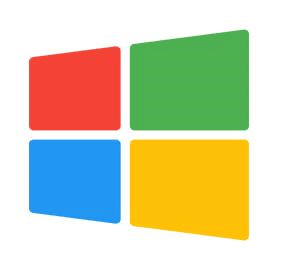 R is a great visualization tool. It provides multiple packages such as ggplot2, ggvis, and plotly with which we can create stunning visualizations. This is also one of the major reasons why people learn R Programming. When it comes to data visualization in R is far ahead when compared to Python. 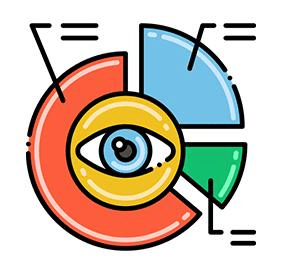 With the help of R language, you can implement various machine learning algorithms such as Linear Regression, Decision Tree, and Naïve Bayes. 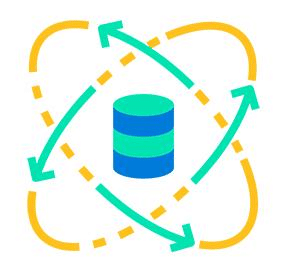 Going ahead in this R Programming Tutorial, we will see which companies are using R and for what purpose.

Get familiar with the top R Interview Questions to get a head start in your career!

What is R Programming Language?

R is a language and environment for statistical computing and graphics. R provides a wide variety of statistical (linear and nonlinear modeling, classical statistical tests, time-series analysis, classification, clustering) and graphical techniques, and is highly extensible.

Why use R programming?

R can be considered as a different implementation of S. There are some important differences, but much code written for S runs unaltered under R. The S language is often the vehicle of choice for research in statistical methodology, and R provides an Open Source route to participation in that activity.

One of R’s strengths is the ease with which well-designed publication-quality plots can be produced, including mathematical symbols and formulae where needed. Great care has been taken over the defaults for the minor design choices in graphics, but the user retains full control.

R is an interpreted computer programming language created by Ross Ihaka and Robert Gentleman at the University of Auckland, New Zealand where the R Development Core Team, created in 1997, currently develops it. In April 2003, the R Foundation was founded as a non-profit organization to provide further support for the R project. In 1995, R was made a free and open-source software under the GNU General Public Licence. The first official release came in 1995 followed by the first ‘stable beta’ version (v1.0) released on 29th February 2000.

There are several reasons that make R ideal for data scientists and analysts. Some of the key features that set R apart from the myriad of statistical languages are:

R is an open-source software environment that is free of cost and is highly adjustable and adaptive to the user’s and the project’s requirements. You can easily perform improvements and package additions for additional functionalities in R. the program is available free of cost where you easily learn how to install R, download, and begin practicing.

The R program has strong graphical capability where it can produce static graphics with production quality visualizations and is equipped with extended libraries with access to interactive graphic capabilities simplifying data visualization and data representation.

Some of the other features of R Programming include:

R is one of the latest cutting-edge tools that have a wide range of applications. The applications of R are not limited to just one sector, we can see the use of R in banking, e-commerce, finance, and many more sectors.

Some of the applications that are popular in R Programming are:

R is the most popular tool for data science in the financial sector.  R programming provides an advanced statistical suite that is able to carry out all the necessary financial tasks.

Similar to financial institutions, banking industries also make use of R for credit risk modeling and other forms of risk analytics.

With the help of R, healthcare institutions are able to crunch data and process information, providing an essential backdrop for further analysis and data processing in multiple areas like Genetics, Bioinformatics, Drug Discovery, and Epidemiology.

Since e-commerce companies have to deal with various forms of data, structured and unstructured, as well as from varying data sources like spreadsheets and databases (SQL & NoSQL), R proves to be an effective tool for the e-com sector.

Social media is a data playground for beginners in Data Science and R, Sentiment Analysis and various other forms of social media data mining are some of the primary statistical tools that are being used with R.

According to O’Reilly Data Scientist Survey, the median salary for R skills is around $115,000. With R skills, you have an opportunity to apply for different job roles such as:

So, salary and an exciting career should definitely be a good motivator for you to learn R Programming.

Going ahead in the further modules of this R Programming Tutorial, you will learn different aspects of R Programming.

In the present era, R is one of the most important tools which is used by researchers, data analysts, statisticians, and marketers for retrieving, cleaning, analyzing, visualizing, and presenting data. As data science and big data grow, cultivating a niche in R programming will be highly advantageous for you. Learning R programming won’t only equip you with the necessary skills for pursuing a career in the data science sector but it will propel you into a job market that is only bound to grow tremendously in the future. So let’s get to learning R Programming.