Home / Blog / Why should you learn R programming in the first place?

Why should you learn R programming in the first place?

Equipped with a wide array of functionalities, R programming has been the most promising language when it came to data analytics and machine learning. Want to know what is R Programming? Read and find out!

The global management firm McKinsey & Company recently reported a projected shortage of 140,000 to 190,000 data scientists by 2018.

The technology world is getting flooded with the eruption of data taking the industries by storm. Next-gen technologies have paved the way to the digital world making devices smarter with the data and information. This could not turn into reality without data science technologies that have pioneered the way analysts used to mine the data. One such leading data science technology is R Programming Language. Ranked as the most preferred language by the data scientist, this language stands in the first position when compared to the five most popular programming languages used by the data analysts around the world.

As per a report from KDNuggets, R Programming has been ranked as the most preferred language over the past five years. But why do programmers prefer it over any other language?

Some of the examples of the use cases of R – 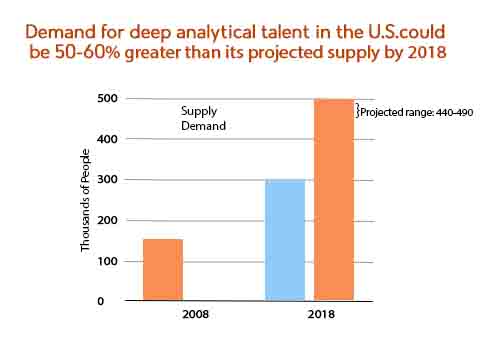 Being called as the Lingua Franca for statistics, R is the open-source version of S programming language which has proved to be of great importance in the field of machine learning, data visualization and analysis.

Why is this the right time to learn R?

Having outlined the key features of R it must be clear to you why R is so popular among the other programming languages. However merely knowing the features does not tell you the reason why should you learn R to make it big in the coming years. Read below to find out:

With the constant boom in big data and data science more and more job opportunities are evolving every day providing the data analysts a big chance to take their careers to the next level.

By 2018 U.S will face an acute skill gap of around 181,000 people with deep analytical skills and the companies will require five times of the number of positions with data management and interpretation capabilities.-IDC 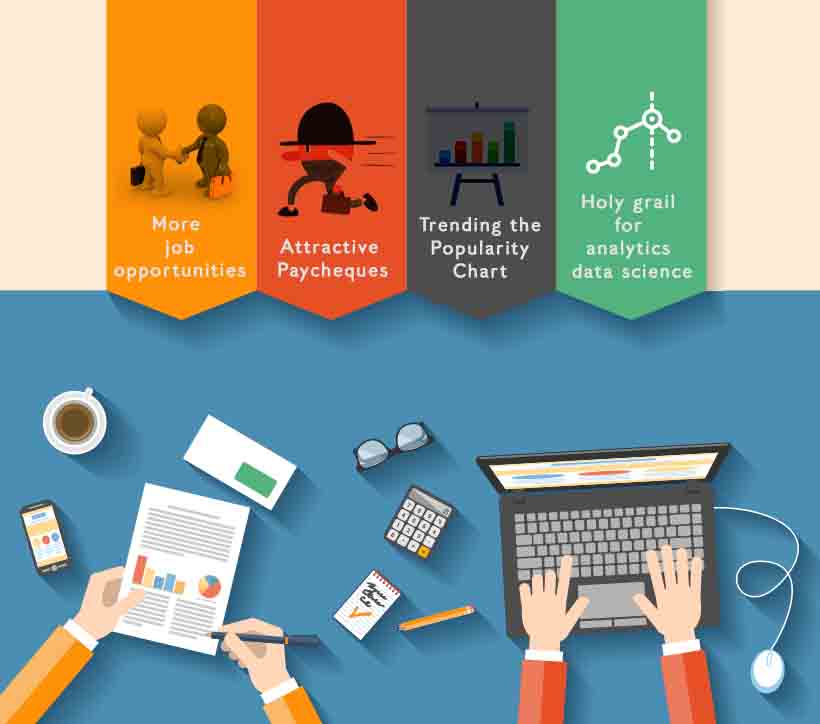 Since R is one of the most popular languages, learning will definitely give you leverage to pull up your career.

Interview Questions for R Language is essential for your guaranteed success. Check them now!

A famous ranking system TIOBE shows that R is constantly climbing the popularity chart since 2008. 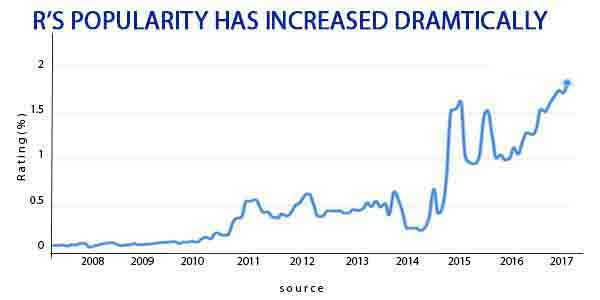 Looking at this trending graph it is sure that it is one of the booming technologies in the market and hence R professionals are highly required by the companies. 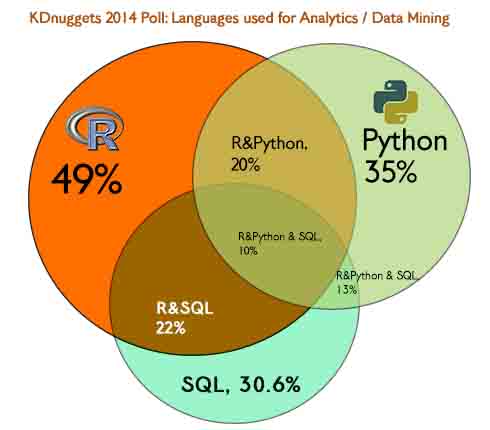 According to a poll conducted by KDNuggets, R was reported to be the most preferred programming language as compared to other languages like SQL and Python for the purpose of analytics and data science.

For the detailed configuration of R, go through our blog on R Installation.

Therefore R is not only useful in statistics and mathematics but data mining and analytics tasks also.

Unlike other point and click graphical tools, R programming language is a full-fledged programming language that supports a wide variety of operations to be performed with simple codes. With the data science predicted to grow immensely the importance of R is also undoubted. Hence learning R will the wisest decision you will make for launching your career in the big data space.

Learn how to integrate R with Hadoop in this insightful blog!

2 thoughts on “Why should you learn R programming in the first place?”