This part of the Hadoop tutorial includes the Hive Cheat Sheet. In this part, you will learn various aspects of Hive that are possibly asked in interviews. This Apache Hive cheat sheet will guide you to the basics of Hive which will be helpful for the beginners and also for those who want to take a quick look at the important topics of Hive.

All the industries deal with the Big data that is a large amount of data and Hive is a tool that is used for the analysis of this Big Data. Apache Hive is a tool where the data is stored for analysis and querying. This cheat sheet guides you through the basic concepts and commands required to start with it. 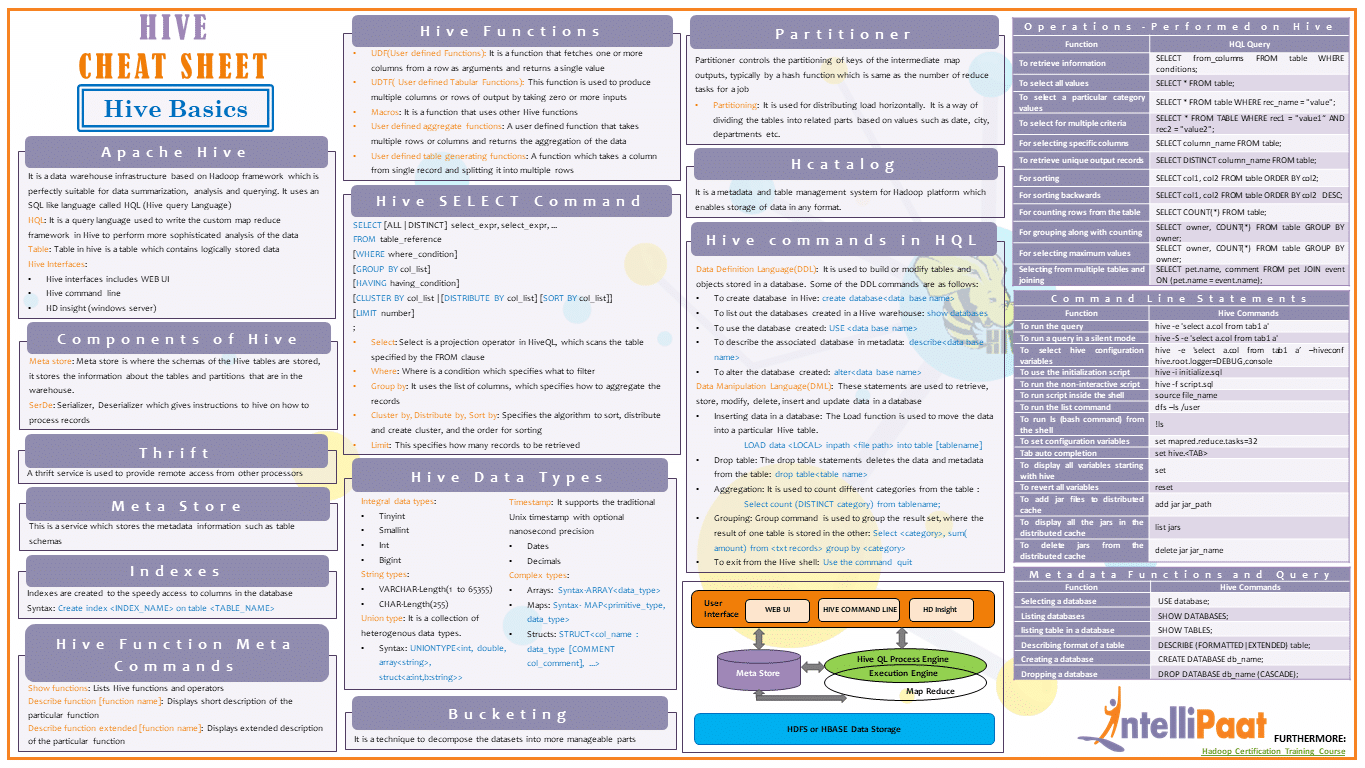 This Apache Hive cheat sheet will guide you to the basics of Hive which will be helpful for beginners and also for those who want to take a quick look at the important topics of Hive
Further, if you want to learn Apache Hive in-depth, you can refer to the tutorial blog on Hive.

Apache Hive: It is a data warehouse infrastructure based on Hadoop framework which is perfectly suitable for data summarization, analysis, and querying. It uses an SQL like language called HQL (Hive Query Language)
HQL: It is a query language used to write the custom map-reduce framework in Hive to perform more sophisticated analysis of the data
Table: The table in the hive is a table that contains logically stored data

Thrift: A thrift service is used to provide remote access from other processors
Meta store: This is a service that stores the metadata information such as table schemas
Hcatalog: It is a metadata and table management system for the Hadoop platform which enables the storage of data in any format.

Partitioner: Partitioner controls the partitioning of keys of the intermediate map outputs, typically by a hash function which is the same as the number of reduced tasks for a job
Partitioning: It is used for distributing load horizontally. It is a way of dividing the tables into related parts based on values such as date, city, departments, etc.
Bucketing: It is a technique to decompose the datasets into more manageable parts

It is used to build or modify tables and objects stored in a database
Some of the DDL commands are as follows:

These statements are used to retrieve, store, modify, delete, insert and update data in a database 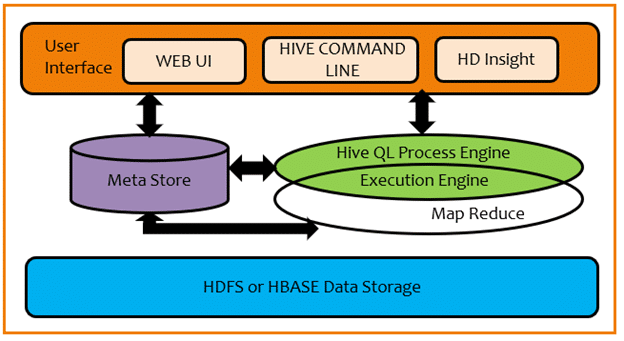 Operations that can be performed on Hive:

With this, we come to the end of the Apache Hive Cheatsheet. To get in-depth knowledge, check out our interactive, live-online Big Data Hadoop certification Training here, which comes with 24*7 support to guide you throughout your learning period. This training course helps you understand the Hadoop Hive, detailed architecture of Hive, comparing Hive with Pig and RDBMS, working with Hive Query Language, creation of database, etc.