In this part of the MongoDB tutorial you will learn about replication, what is the procedure for creating a replica in MongoDB and more.

What is Replication in MongoDB?

Replication is the procedure of synchronizing the data across different servers. This feature increases data availability and provides redundancy. It secures the database from significant failure due to server downtime.

Not only this, Replication helps recover the database from a system failure by keeping additional copies of data.

MongoDB uses replica set which is a group of mongod instances that host the similar data sets. A replica consists of a primary node that receives all the write operations and all other instances apply operations from the primary node. Typically there is only one primary node and rest all are secondary nodes. Following diagram will help you understand the replication process in a better way : 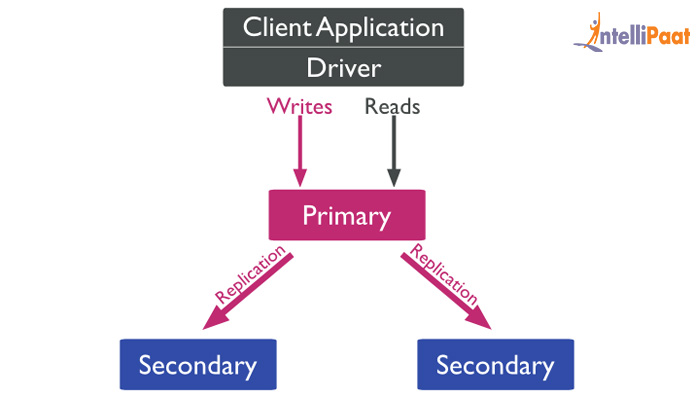 The client applications interact with the primary node which then replicates the data on the secondary nodes. The primary node is election with common consensus.

Procedure to create a replica set

In order to convert a standalone MongoDB instance into a replica set, follow given procedure –