Are you equally interested to visualize data , which keeps the internet running, which is the base of any business, industry and even your Facebook chats?

Yes, in this article of mine, I am going to tell you about a framework for recognizing and visualizing data. This awesome framework is not anything else than Zeppelin. Any attempt to facilitate individuals comprehends the importance of data by placing it in an optical framework is called as Data visualization. In order  to know about  data visualization tools, you can refer to another blog written by me previously. Here data is represented in as visual forms such as a map or a chart to help people realize its importance. When data is represented in texts like in 0s and 1s, then data people faces a lot of confusion in reading it. But when the same data is represented visually, then, it becomes quite comfortable for people to extract the information. Data visualization can be static or interactive. For centuries, people have been using static data visualization like charts and maps. Interactive data visualization is a little bit newer: It lets people drill down into the dirty details of these charts and graphs using their computers and mobile devices, and then interactively change which data they see and how it’s processed.

There are two forms of data visualization. They are:

Since from the very beginning of data technology, users had been using the static version of data visualization. But today in modern days, people basically use data visualization in the interactive format. The newer form of visualization allows people to know all the inner details of the data represented in maps and charts. It can be easily done using the mobile and personal systems and interactively keeps on changing as data keeps on processing. Apache Zeppelin is fresh and developing multi-tasking web oriented notebook used for data analytics that carries on data ingestion, data discovery, visualization, contribution and association features to Hadoop and Spark. We can construct striking data-driven, interactive and collaborative documents with SQL, Scala and more.

Consistent Apache Zeppelin users say that t is an incredible tool for visualizing data and also an amazing BI tool. It is similar to the IPython notebook, but it is it does interactive data visualizations in too many languages.  It is one of the best tools for analytics and also for business intelligence.  The current version has got a lot of options for graphs such as scatter plots pie charts, and. line graphs, Data visualization is at its best when the language is a Spark SQL.  Almost every developer knows the basics of SQL and it so it can greatly help in data loading, formatting as well as for data visualizations. Zeppelin also works like that of Tableau. But the swiftness and performance of it increase in parallel when it performs in a bunch with Apache Spark. The main use objective of Zeppelin is to process a large amount of data and also greatly visualize a huge number of data along with Apache Spark.

For using Apache Zeppelin for data visualization and data recognition, first we need to do is installation and setting up of Zeppelin. The procedure for Zeppelin Installation is easy consisting of the following steps:

Now it’s time to just write SQL to get some interesting visualizations out of the dataset. First, we have to create a new cell and annotate the interpreter. In order to perform data visualization using Zeppelin, the first thing we need to do is to write the interactive language in the SQL language.  The steps have to be followed:

As a result of it, the Zeppelin comes to know that SQL is the interpreting language for the existing cell. 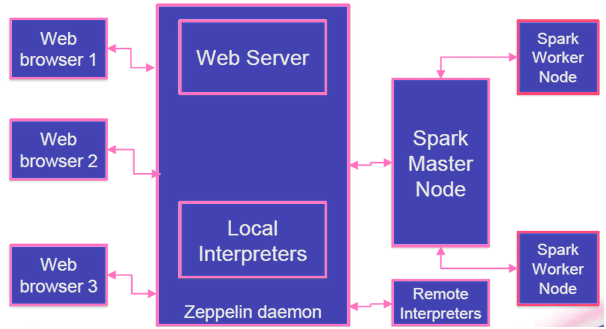 While performing data visualization with Apache Zeppelin, there are certain points to remember. They are:

Upgrade queries for data visualizations: Before writing the query, we should have a clear idea of what we need to visualize. For example, if you want to know the total number of girls and boys in the school, it will be a smart idea o first decide the school into primary and secondary and then find out the number of girls and boys in each section.  Ones the boys and girls are tabled in different columns of primary and secondary sections, then you can easily draw the charts and graphs from the readings of the table.  Hence segmentation of all data is a must.

Organization of the notebook is required: Make sure all the data filtering and formatting is done before writing the query in other cells. It helps proper arrangement of the cells.

Data Sorting: Never keep the first row as null because it makes the complete column from top to bottom as a null.  In order not to have a null column, make sure you sort out the columns.

Data visualization by Zeppelin is not only restricted to Spark SQL, but the query written in any language can be visualized using Zeppelin.

You can also learn the use of color in digital marketing at here. 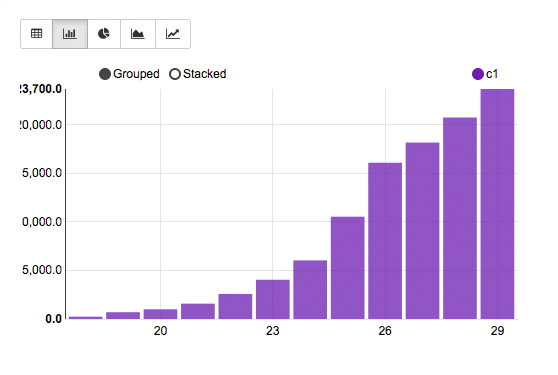