This part of the DevOps tutorial includes the Git cheat sheet. In this part, you will also learn various aspects of Git that are possibly asked in interviews. Additionally, you will have a chance to be familiar with the most important Git terminology and commands.

The Git cheat sheet presented in this DevOps tutorial is designed for those who have an interest in learning file management using Git as a tool. This cheat sheet will be a handy reference not only when you learn Git but when you start working with it too. Don’t worry if you are a beginner and have no idea about how Git works. Intellipaat’s Git cheat sheet will give you a quick reference to the basics that you must know. 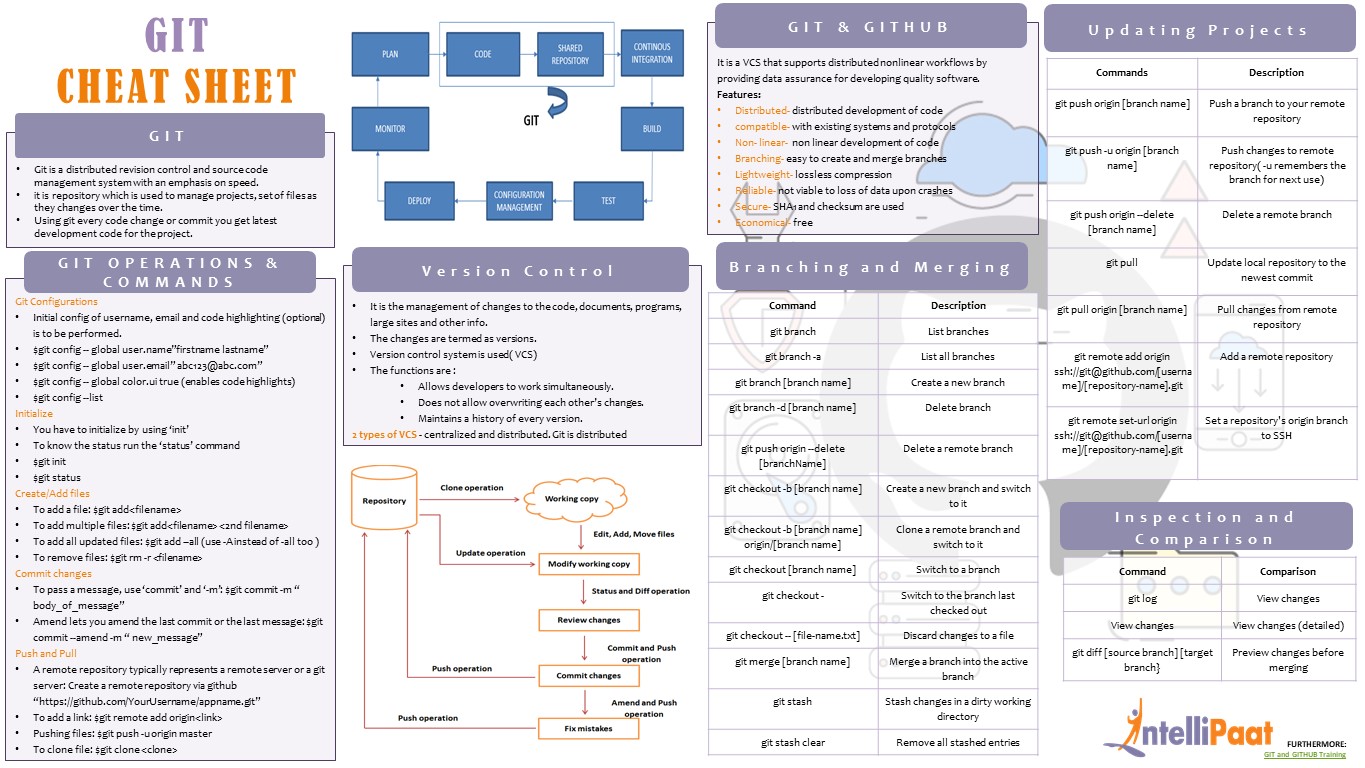 It shows the process flow with components used to perform certain tasks:

Be ready for the industry by going through these Top DevOps Interview Questions and Answers!

Version control is the management of changes made to the code, documents, programs, large sites, and other information. The changes are termed as versions.

A version control system (VCS) is used to perform the following:

There are two types of version control systems:

Our DevOps tool, Git falls under the category of distributed VCS. 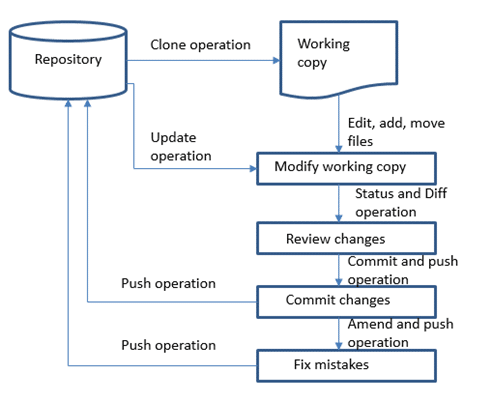 Become a master of DevOps by enrolling in this online DevOps Training in London!

Its features are as follows:

For more information, visit the Git vs Github blog by Intellipaat.

Learn DevOps from Intellipaat’s DevOps Training in Sydney to boost your career!

Here, a remote repository typically represents a remote server or a Git server.

Following are the branching and merging commands for GIT :

Learn more about the basic commands in this Git Tutorial by Intellipaat.

Interested in grabbing an industry-recognized DevOps certification? Intellipaat’s DevOps Course in Bangalore is just designed for you!

Intellipaat’s comprehensive DevOps Training would help you be a certified DevOps Engineer!