We are offering the R interview questions and answers to help you perform better in your job interviews by listing the most probable questions asked. This R programming interview questions section includes topics on how to communicate data analysis results using R, difference between library () and require () functions, function for adding datasets, R data structures, sorting algorithms, R Packages, R functions and regression in R.

R is an open-source programming language that is used for a variety of tasks and operations, including data visualization, statistical analysis, forecast analysis, predictive modeling, data manipulations, etc. This language is used in all major organizations, such as Facebook, Google, Twitter, etc. This R Interview Questions and Answers blog comprises the frequently asked questions that you are most likely to encounter during job interviews. Following are a few of the most important R Programming interview questions that you must prepare for:

Q1. Compare R & Python
Q2. Explain the data import in R language.
Q3. Explain how to communicate the outputs of data analysis using R language.
Q4. Difference between library () and require () functions in R language.
Q5. What is R?
Q6. How R commands are written?
Q7. What is t-tests() in R?
Q8. What are the disadvantages of R Programming?
Q9. What is the use of With () and By () function in R?
Q10. In R programming, how missing values are represented?

This R Interview Questions blog can be largely divided into the following three categories:
1. Basic

Check out this R Programming Interview Questions And Answers Video on YouTube:

R provides to import data in R language. To begin with the R commander GUI, user should type the commands in the command Rcmdr into the console. Data can be imported in R language in 3 ways such as:

3. Explain how to communicate the outputs of data analysis using R language.

Combine the data, code and analysis results in a single document using knitr for Reproducible research done. Helps to verify the findings, add to them and engage in conversations. Reproducible research makes it easy to redo the experiments by inserting new data values and applying it to different various problems.

4. Difference between library () and require () functions in R language.

Consider a related program for the above differentiation.

For multiple packages you can use

R is a programming language which is used for developing statistical software and data analysis. It is being increasingly deployed for machine learning applications as well.

6. How R commands are written?

By using # at the starting of the line of code like #division commands are written.

It is used to determine that the means of two groups are equal or not by using t.test() function.

8. What are the disadvantages of R Programming?

with() function applies an expression to a dataset.

By() function applies a function t each level of a factors.

10. In R programming, how missing values are represented?

In R missing values are represented by NA which should be in capital letters.

Subset() is used to select the variables and observations and sample() function is used to  generate  a random sample of the size n from a dataset.

12. Explain what is transpose.

Transpose is used for reshaping of the data which is used for analysis. Transpose is performed by t() function. Here is an example of data in the form of matrix and its transpose:

Now that you are aware of the benefits of R programming, to know more check out R Course.

14. What is the function used for adding datasets in R?

15. How you can produce co-relations and covariances?

16. What is difference between matrix and dataframes?

17. What is difference between lapply and sapply?

19. Explain how you can start the R commander GUI.

rcmdr command is used to start the R commander GUI.

Check out this Data Science Interview Questions video by Intellipaat:

21. How many data structures R has?

There are 5 data structures in R i.e. vector, matrix, array which are of a homogenous type and the other two are list and data frame which are heterogeneous.

Learn more about data structure in the R programming tutorial.

22. Explain how data is aggregated in R.

There are two methods that is collapsing data by using one or more BY variable and other is aggregate() function in which BY variable should be in list.

23. How many sorting algorithms are available?

There are 5 types of sorting algorithms are used which are:-

24. How to create new variable in R programming?

Packages are the collections of data, R functions and compiled code in a well-defined format and these packages are stored in library. One of the strengths of R is the user-written function in R language.

27. What is the function which is used for merging of data frames horizontally in R?

28. what is the function which is used for merging of data frames vertically in R?

29. What is the power analysis?

It is used for experimental design .It is used to determine the effect of given sample size.

30. Which package is used for power analysis in R?

Pwr package is used for power analysis in R.

31. Which method is used for exporting the data in R?

There are many ways to export the data into another formats like SPSS, SAS , Stata , Excel Spreadsheet.

32. Which packages are used for exporting of data?

For excel xlsReadWrite package is used and for sas,spss ,stata foreign package is implemented.

33. How impossible values are represented in R?

In R NaN is used to represent impossible values.

34. Which command is used for storing R object into a file?

Save command is used for storing R objects into a file.

35. Which command is used for restoring R object from a file?

load command is used for storing R objects from a file.

Coin package is used to achieve the re randomization or permutation based statistical tests.

37. Which function is used for sorting in R?

order() function is used to perform the sorting.

39. What happens when the application object does not handle an event?

The event will be dispatched to your delegate for processing.

UIWindow object coordinates the one or more views presenting on the screen.

42. Tell me the super class of all view controller objects.

abline() function is add the reference line to a graph.

48. What is the use of lattice package?

lattice package is to improve on base R graphics by giving better defaults and it have the ability to easily display multivariate relationships.

It is used to provide the maximum likelihood fitting of univariate distributions. It is defined under the MASS package.

50. Which data structures are used to perform statistical analysis and create graphs.

It defines the direction of output.

This function is used to show the packages which are installed.

By this function we see that which packages are currently loaded.

54. On which type of data binary operators are worked?

Binary operators are worked on matrices, vectors and scalars.

It is used to define the desired table using function and model formula.

56. Which function is used to create frequency table?

59. How to create scatterplot matrices?

Pair() or splom() function is used for create scatterplot matrices.

It is a package which gives nonparametric multiple comparisons.

61. What is the use of diagnostic plots?

It is used to check the normality, heteroscedasticity and influential observations.

anova() is used to compare the nested models.

It is defined under the DAAG package which is used for k-fold validation.

It is define under the MASS package which performs stepwise model selection under exact AIC.

It is used to perform the all-subsets regression and it is defined under the leaps package.

It is used to measure the relative importance of each of the predictor in the model.

It  provide a variety of regression including scatter plots, variable plots and it also enhanced diagnostic.

It provides a library of robust methods including regression.

It is a package which provides basic robust statistics including model selection methods.

It is define under gplots package which includes confidence intervals and it produces mean plot for single factors.

By using MANOVA we can test more than one dependent variable simultaneously.

It is a function which defines in mvnormtest package. It produces the Shapiro-wilk test for multivariate normality.

Barlett.test() is used to provide a parametric k-sample test of the equality of variances.

It is a function which provides a non-parametric k sample test of the equality of variances.

It is define in HH package which provides a graphic test of homogeneity of variance based on brown forsyth.

77. Which variables are represented by lower case letters?

78. Which variables are represented by upper case letters?

Learn more about R in this insightful article on R programming

79. What is logistic regression?

Logistic regression is used to predict the binary outcome from the given set of continuous predictor variables.

It is used to predict the outcome variable which represents counts from the given set of continuous predictor variable.

It includes number of techniques which is used for modeling the time to an event.

It estimates a survival distribution one or more groups.

It determines the differences in survival distribution between two or more groups.

It is a function which is used to model the hazard function on the set of predictor variable.

85. In which package survival analysis is defined?

Survival analysis is defined under the survival package.

MASS functions include those functions which performs linear and quadratic discriminant function analysis.

lda() is used to print the discriminant functions which is based on centered variable.

89. What is the use of forecast package?

It provides the functions which are used for automatic selection of ARIMA and exponential models.

It is used to handle the seasonal as well as non-seasonal ARIMA models.

It is define in psych package which is used to rotate and extract the principal components.

It is a package which includes quantitative and qualitative variables. It also includes supplementary variables and observations.

It is used to bootstrap the structural equation model.

This function is defined under the MASS package which performs nonmetric multidimensional scaling.

It is done by indscal() function.

It comes under the pvclust package which provides p-values for hierarchical clustering.

It is define in fpc package which provide a method for comparing the similarity of two clusters solution using different validation criteria.

It is used to provide a non-parametric regression for ordinal, nominal, censored and multivariate responses.

102. Which package provide the bootstrapping?

Matlab package includes those wrapper functions and variable which are used to replicate matlab function calls. 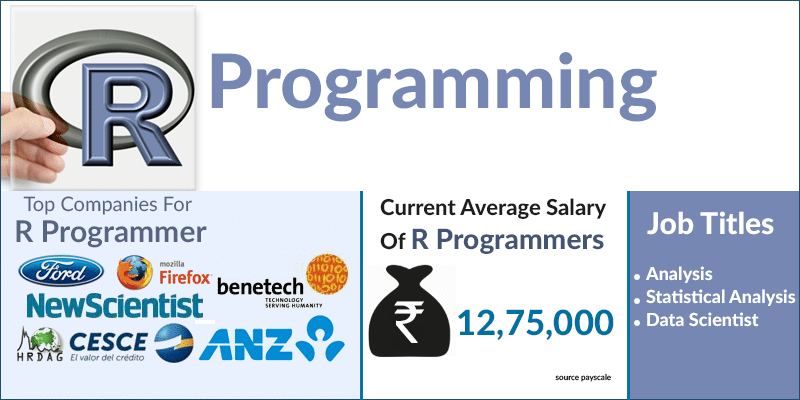