Home / Tutorial / What is Pig in Hadoop?

What is Pig in Hadoop? This tutorial on ‘Pig Hadoop’ will give an in-depth explanation of Hadoop Pig, why it is required, its architecture and features, and how to download and install it.

Pig Hadoop is basically a high-level programming language that is helpful for the analysis of huge datasets. Pig Hadoop was developed by Yahoo! and is generally used with Hadoop to perform a lot of data administration operations.

For analyzing data through Apache Pig, we need to write scripts using Pig Latin. Then, these scripts need to be transformed into MapReduce tasks. This is achieved with the help of Pig Engine.

Before going any further in this tutorial on ‘Pig Hadoop,’ let’s see the topics covered in it:

By now, we know that Apache Pig is used with Hadoop, and Hadoop is based on the Java programming language. Now, the question that arises in our minds is ‘Why Pig?’ The need for Apache Pig came up when many programmers weren’t comfortable with Java and were facing a lot of struggle working with Hadoop, especially, when MapReduce tasks had to be performed. Apache Pig came into the Hadoop world as a boon for all such programmers.

What is Hadoop? Check out the Big Data Hadoop Training in Sydney and learn more!

There are several features of Apache Pig:

The main reason why programmers have started using Hadoop Pig is that it converts the scripts into a series of MapReduce tasks making their job easy. Below is the architecture of Pig Hadoop: 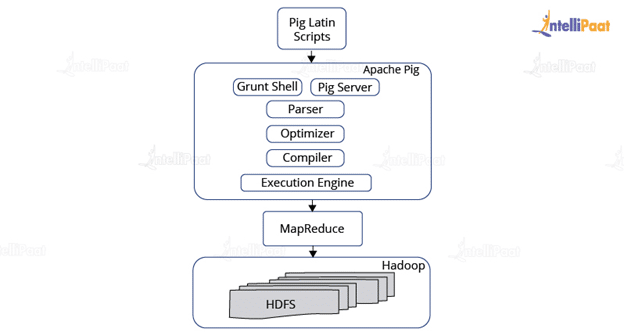 Follow the below steps for the Apache Pig installation. These steps are for Linux/CentOS/Windows (using VM/Ubuntu/Cloudera). In this tutorial section on ‘Pig Hadoop’, we are using CentOS.

Step 1: Download the Pig.tar file by writing the following command on your Terminal: 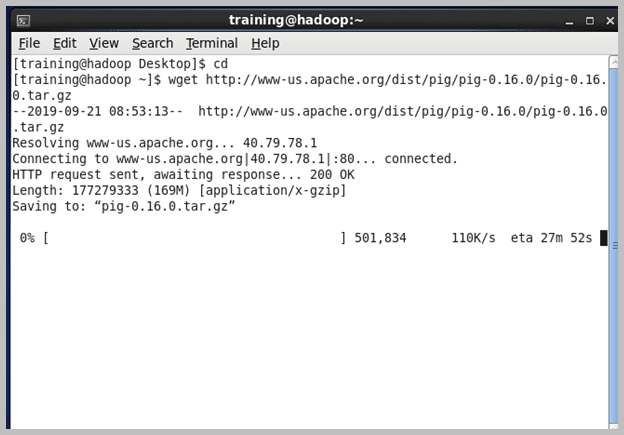 Step 2: Extract the tar file (you downloaded in the previous step) using the following command:

Your tar file gets extracted automatically from this command. To check whether your file is extracted, write the command ls for displaying the contents of the file. If you see the below output, the Pig file has been successfully extracted.

Step 3: Edit the .bashrc file for updating the Apache Pig environment variables. It is required to set this up in order to access Pig from a directory instead of going to the Pig directory for executing Pig commands. Other applications can also access Pig using this path of Apache Pig from this file

A new window will open up wherein you need to add a few commands. 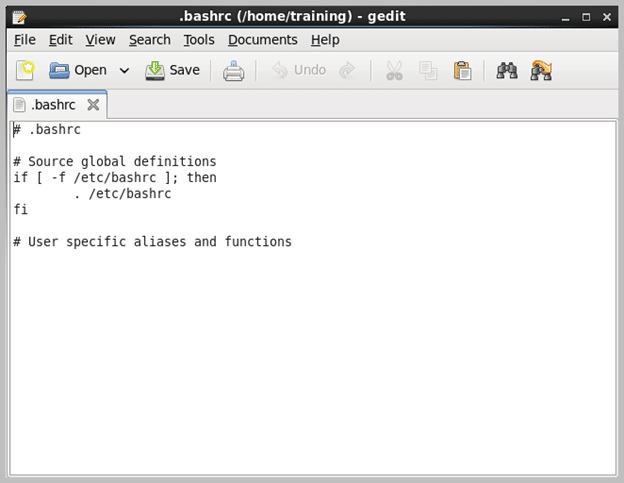 When the above window pops up, write down the following commands at the end of the file: 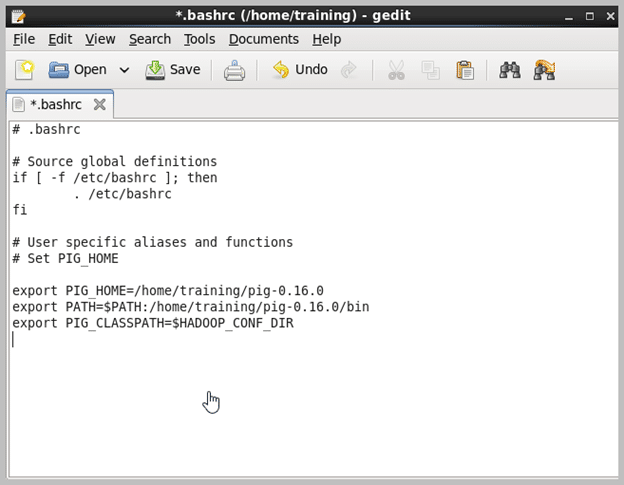 You then need to save this file in:

You have to close this window and then, on your terminal, enter the following command for getting the changes updated:

Step 4: Check the Pig Version. To check whether Pig is successfully installed, you can run the following command: 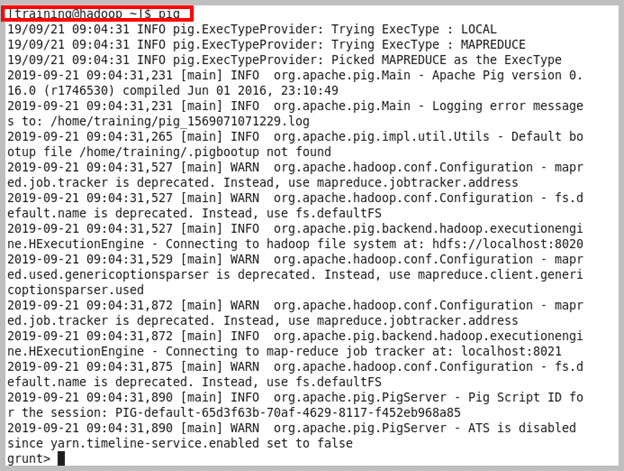 By default, Pig Hadoop chooses to run MapReduce jobs in which access is required to the Hadoop cluster and the HDFS installation. But there is another mode, i.e., a local mode in which all the files are installed and run using a local host, along with the file system. You can run the localhost mode using the command: pig -x local
I hope you were able to successfully install Apache Pig. In this section on Apache Pig, we learned ‘What is Apache Pig?’, why we need Pig, its features, architecture, and finally the installation of Apache Pig.
In the next section of this tutorial, we will learn about Apache Hive.