In this RPA tutorial or RPA full form that is Robotic Process Automation, you will be able to get a clear idea about RPA automation, different tools in RPA, lifecycle of RPA ,how to deploy UiPath tool, Components of UiPath, UI Automation, working on UiPath Studio, UiPath coding & debugging, Screen Scraping and Citrix Automation.

If you have any doubts or queries related to RPA, get them clarified from the RPA experts on our RPA Community!

So, let us get started!

Watch this video on Robotic Process Automation before going further on this RPA tutorial.

Only in the early 2000s, the term “Robotic Process Automation” became popular emergent, it had three predecessors to it. Three key predecessors of RPA includes – 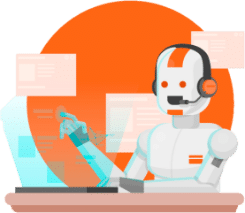 RPA Automation is a business process automation technology based on the combination of its predecessors. It is highly dependent on screen scraping and workflow automation and it is built on Artificial intelligence.  RPA full form – Robotic process automation (RPA Automation) is a type of software that is used to do automation of fundamental tasks in software applications like how a human performs it. The software robot can be educated a workflow/process with different steps & applications, for example, taking received forms, sending a receipt message, checking the forms for completeness, documenting the form in a folder and updating a spreadsheet with the form name, the date recorded, etc. RPA programming is intended to diminish the weight of monotonous, straightforward tasks/work on workers.

McKinsey & Company uses RPA and suggests that up to 45% of activities can be automated using RPA. It uses RPA to automate tasks such as data migration, copy-paste tasks, and order processing, etc.. RPA is expected to be equivalent to the output of between 110 million- 140 million workers. According to the Institute for Robotic Process Automation, an RPA software robot costs about one-third price of a full-time employee, it can be cost-effective for the companies that can manage all their activities. Deloitte also uses RPA software bot and it is capable of performing a list of more than 600 actions in a given sequence. The Research by Transparency Market Research says that RPA is expected a compounded annual growth rate of 60.5%  worldwide through 2020.

This Robotic Process Automation tutorial is designed with a similar perspective facilitating a large number of business groups and IT organizations to create gen-next digital applications and perform real-time automation and benefit using UiPath to gain efficient business results.

Intellipaat’s Robotic process automation tutorial is a complete learning package that lists its top features and helps you know better about RPA and its tools processes and performance. The best of all- each and every topic is comprehensively illustrated using real-world and day-to-day business operation examples. You can even take quick and appropriate business decisions by implementing the automation techniques of RPA using UiPath, which can ensure reduced cost and overall growth of your organization.

Go through this RPA Course in London to get a clear understanding of Artificial Intelligence!

In this RPA Tutorial for beginners, we will be learning various aspects of RPA process, the architecture of RPA, various tools used in RPA, the significance of UiPath tool, workflow, and Citrix automation, screen scraping, UiPath coding and debugging.

Wish to crack RPA job interviews? Intellipaat’s Top RPA Interview Questions are meant only for you!

There are no prerequisites for taking this RPA training course. If you have a basic understanding of software coding and programming logic then it is beneficial.

In this RPA tutorial, you will learn RPA and understand that RPA works on GUI or application screens to perform tasks just like humans. This feature is widely leveraged to automate many IT processes and business.

Is it easy to learn RPA?

Learning RPA is easy as it doesn’t require any prerequisites. However, before you enroll for any online RPA courses, you should have some basic knowledge of SQL queries, if-else conditions, loops, MS Excel, and logical capability.

How can I learn RPA?

You can learn RPA automation in this beginner RPA tutorial that covers several aspects of the RPA process, the architecture of the RPA, the importance of the UiPath tools, the tools used in the RPA, UiPath coding and debugging workflow and Citrix automation, and more.

What are the benefits of learning RPA?

The RPA approach simplifies the internal processes of people and technology coordination, giving you a better insight into a company’s trends and opportunities. Learning Robotic Process Automation is best for regular rule-based tasks that require manual input. You can apply your RPA learning in various domains of an organization.

RPA does not require programming knowledge. As a logical learner, you can easily get online training from Intellipaat and learn how to automate RPA tools.

Is RPA a good career choice?

RPA profession has a high demand in the market. If you want to learn RPA, you can get lucrative jobs in top MNCs. In addition, the compensation package for professionals with certification in RPA is relatively high compared to other IT domains.

Which tool is more suitable for RPA?

Robotic Process Automation: Imagine doing repetitive and mundane tasks in your desktop every day like copy-pasting from several sources to an Excel sheet to make some data analysis or emailing a bunch of contacts at regular intervals. It will be pretty exhausting and boring to do such tasks on a monthly or yearly basis, right? What if I say that Read More

Life Cycle of RPA: The life cycle of RPA doesn’t have a defined structure but, in general, there are four stages in RPA. They are: Analysis: Identification of the business process for RPA development Development: Fulfillment of requirements Testing phase: Performance of quality checks Deployment and maintenance: Deployment and maintenance of bots Watch this RPA video [videothumb class="col-md-12" id="USKABywFWIQ" alt="RPA" Read More

RPA Tools: As RPA is slowly becoming a new dominant technology in the industry, more and more companies are getting inclined toward inculcating RPA in their back-office tasks. This has led to an exponential growth in the demand for RPA tools as well. There are various tools available in the market to implement RPA. These tools are used by organizations Read More

RPA UiPath – What is Uipath Tutorial

What is Uipath?: In this tutorial we are majorly concentrating on RPA UiPath, it is a leading RPA platform that helps the organization to effectively automate business processes. RPA UiPath is an open platform which is easy to learn and collaborate. It is also extensible, features hundreds of built-in, customizable and deep integrations with ERP, BPM and AI technologies. It Read More

Uipath Studio - User Interface: The user interface of UiPath Studio has multiple panels for easier access to specific functionalities. It can be docked, function as floating windows, or the Auto-hide option can be enabled. Have you got more queries? Come to our RPA Community and get them clarified today! The Ribbon - The ribbon is a simple window and Read More

Recording with UiPath:: The recorder of UiPath enables users to record UI mouse movements, keyboard activities to generate automation scripts. The activities are recorded and generated as a sequence. You can find the record option on the Design tab. There are two types of recording known as - automatic and manual recorder. The capability of each recorder is listed below Read More

How to Invoke a Workflow?: What is a Workflow? As we already saw, a workflow is a set of an individual process executed in UiPath for automating the activities. Why we need Workflows? When we are developing a large process, it is difficult to follow and test the process from top to bottom. So it is recommended to split into Read More

UiPath Coding:: An activity in UiPath is like a set of blocks in UiPath automation process. UiPath comes with various built-in Core activities. There is an option to create certain custom activities to automate processes for ease of use. There are two important steps to create a custom activity. They are: Writing custom activity code Adding external assembly (.dll) in Read More

Introduction:: If you are a Software Developer and wants to automate the business process, then RPA is of consideration. This cheat sheet will be a handy reference for you which covers all the basic concepts you need to know to start working on it You can also download the printable PDF of this RPA cheat sheet Further, if you want Read More 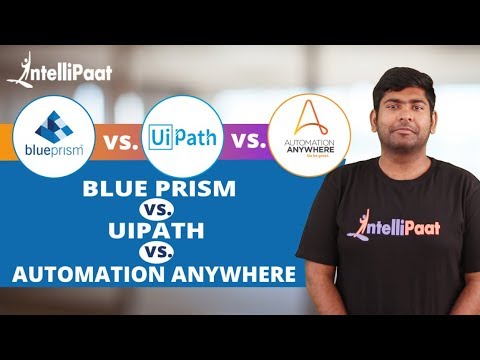 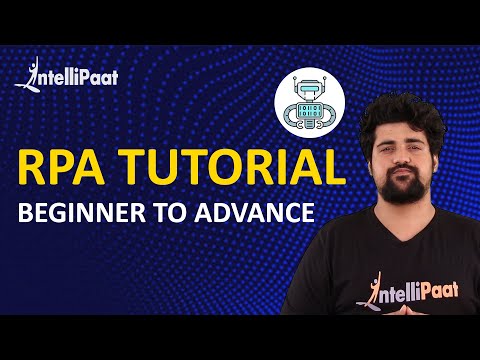 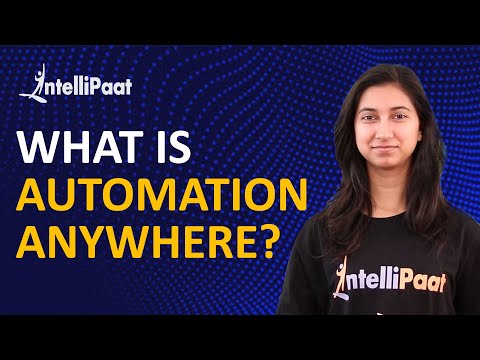 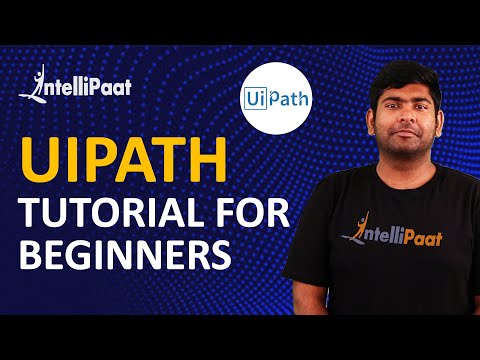 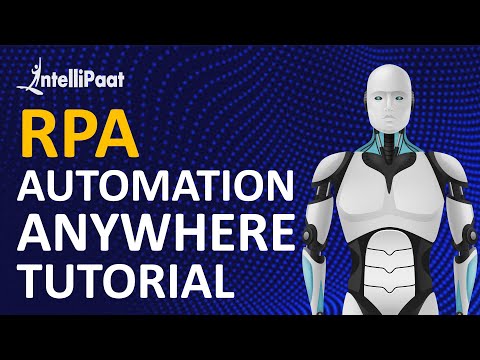 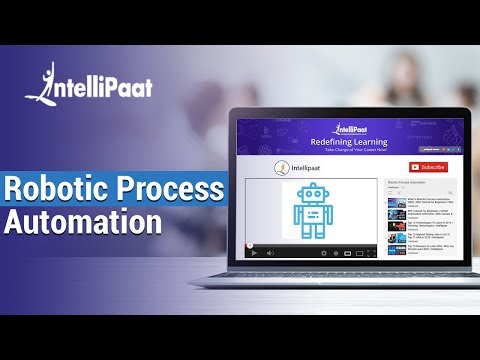 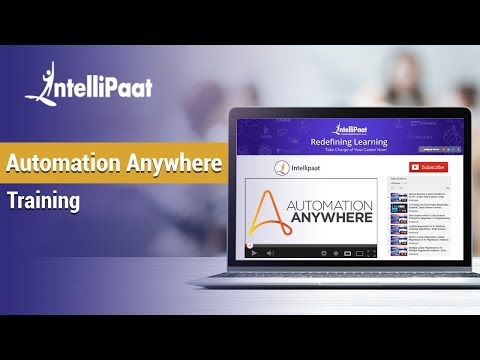