Web Development is working with a combination of both frontend and backend languages that are used by developers and programmers to build a well-functioning website or web application. Here, you will read about some of the most popular web programming languages that you can learn and gain experience in to become a successful Web Developer.

Below are the topics you will cover in this blog:

Watch this video on Top 7 Tools For Web Development

let us first learn about the top Web Development languages used for the backend. Some of those languages include Python, Java, PHP, and C#. Let’s start learning about these backend languages one by one, which are responsible for the data storage and functionality of web pages.

Check out this professional Full Stack Developer Training provided by Intellipaat and take your career to the next level.

Python programming language is used in developing desktop and web applications and applications based on GUI, Data Science, Machine Learning, and network servers. Python Programming Course is one of the most demanding skills right now in the market.

Use cases of Python:

Due to its distinct features and benefits, Python is one of the best server-side languages for Web Development.

The average income of Python Developers is about US$76,526 per annum in the United States, with the potential to get increased to US$107,000 per annum for senior professionals.

Get our UI UX course and learn UI UX design from experts and get certified!

PHP is one of the best languages for Web Development. Although it faces good competition from other languages like JavaScript and Python, there is still a huge requirement for professionals who can work with PHP in the market today. Besides, PHP is a dynamic and general-purpose language that is used in the development of server-side applications. It is maintained by an open-source platform that can work across Mac, UNIX, and Windows systems.

Use cases of PHP:

The average income of PHP Developers in the United States is about US$82,007 per annum which may rise to US$100,000 per annum for those with experience.

If you wish to pursue a career in PHP, register for this comprehensive PHP and MySQL Training!

Java is a versatile OOP language used for Android development, as well as desktop and web application development. It is a platform-independent multi-purpose language used for programming and has been a popular choice of language in various organizations for decades. Most companies have adopted it due to its stability. It is one of the best languages for Web Development in 2022 that you should definitely learn.

Use Cases of Java:

Even today, Java is among the most disruptive programming languages available. JVM helps abstract the OS, and it came up with the first ‘write once, run anywhere language. Also, JVM’s garbage collection manages the life cycle of an object in Java.

To meet the current market requirements, Java is trying to make itself available on the cloud through the GraalVM initiative so that it can easily be accessed and used. This programming language still ranks at the top for organizational use.

The average base pay of Java Developers is approximately US$79,137 per year, with an estimated increase of US$117,000 for experienced professionals.

To become a developer in Java, enroll in Intellipaat’s Java Training, wherein you will learn Java from scratch.

C# is a Microsoft-developed OOP language created on the foundations of a widely-used programming language, C. Originally, it was designed as a part of the .NET framework to develop Windows applications. C# is a general-purpose language used in backend Web Development, creating games via Unity, developing mobile applications, and so on. It is not only used in the Windows platform but you can also use it in Android, iOS, and Linux platforms. It is among the best programming languages for Web Development.

Now that you have read and understood the backend languages for Web Development, let’s read about some of the most commonly used frontend languages in this domain by developers such as JavaScript and its frameworks, including Angular, React, and Vue.

Hey, do you know the Web Developer job is one of the most highly paid jobs in the Industry? Check out our blog on Salesforce Developer Salary!

JavaScript is a widely used front-end language that allows you to design interactive and user-friendly front-end applications. In recent years, it has developed into a high-level, multi-paradigm, and dynamic language. It is one of the most frequently used languages that run anywhere, including cloud, mobile devices, browsers, containers, servers, and microcontrollers.

Use cases of JavaScript:

If you are a NodeJS enthusiast, enroll in the NodeJS Certification and get certified now! 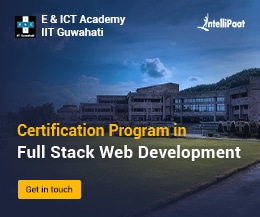 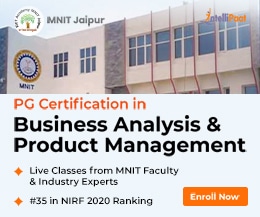 React or ReactJS is a framework of JavaScript built by Facebook. This framework allows professionals to build user interfaces with their dynamic capabilities. Websites that are built using React work faster, and you can also switch between various available elements smoothly. Further, ReactJS allows organizations to build up and increase their loyalty among users by providing a remarkable user experience. Besides, it is compatible with almost all setups of the backend of applications. Moreover, React makes the work of professionals easier by providing an option to divide each of the web pages into multiple small components.

Use cases of React:

Become a ReactJS developer by signing up for Intellipaat’s React JS course!

Angular is an improved and updated version of the earlier AngularJS framework built by Google. In comparison to React, it is more difficult to learn. However, it offers more practical solutions for the front end. Angular also allows you to develop complicated and highly scalable applications with great functionality, business logic, and attractive visual designs. Additionally, there are various distinct ready-made instruments and extensions such as Snippets, Angular command-line interface (CLI), etc. that simplify the work of developers.

Use cases of Angular:

Become a certified AngularJS developer by signing up for Intellipaat’s Angular certification course!

VueJS is a simple, clear, open-source, and easy-to-use frontend development language that allows developers to design well-structured and engaging web pages and applications. It is designed to simplify and also organize the development of several web elements, making it extremely adaptable. Besides, it provides quick and reliable solutions for both small and medium-sized enterprises because of its cost-effectiveness and quality, along with its popularity among developers.

For beginners who wish to work on meaningful projects in a short span of time, Vue is a perfect choice. It consists of complete documentation and allows Frontend Developers to begin writing codes, knowing only the basics of HTML and JavaScript.

Use cases of Vue JS:

The average income drawn by professionals in the field of JavaScript is about US$76,526 per year. This may increase up to US$107,000 per year with experience.

What is Web Development?

Web Developer Salary—How Much Money Can One Make...

Django vs Node.js: Difference between Django and N...