Web scraping Python has been around for a while now, but it has become more popular in the past decade. Web Scraping using Python is very easy. With the help of Python, extracting data from a web page can be done automatically. In this module, we will discuss web scraping in Python from scratch. Also, this tutorial will be guiding us through a step-by-step demonstration to our first web scraping Python project.

So, without further ado, let’s get started.

What Is Web Scraping in Python?

Python Web scraping is nothing but the process of collecting data from the web. Web scraping in Python involves automating the process of fetching data from the web. In order to fetch the web data, all we need is the URL or the web address that we want to scrape from. The fetched data will be found in an unstructured form. In order to make use of the data or collect useful insights from it, we transform it into a structured form. Once converted into a structured form, we need to store the data for further processing. The whole process is called web scraping.

Before launching a product or service, companies can study the market in advance with the help of web scraping.

Web scraping Python can help study the service or product pricing of the competitors to stay ahead in the market.

Web scraping can be used in order to build brand intelligence and monitor how customers feel about a product or a service.

With the help of web scraping, businesses can grow their lead generation by gathering contact details of businesses or individuals.

Well, this is one of the most common questions that arise when it comes to web scraping (also known as data scraping). The answer to it can’t be summed up in one word. Not all web scraping acts are considered legal. Web scraping Python services that extract publicly available data is legal. But, at times, it may cause legal issues, just the way any tool or technique in the world can be used for good as well as for bad. For example, web scraping non-public data, which is not accessible to everyone on the web, can be unethical, and also it can be an invitation to legal trouble. So, it is advised to avoid doing that. Let us take a look at some of the cases where web scrapers broke the rule and try to learn from them.
Some of the legal cases that found web scraping to be on the wrong side of the law: 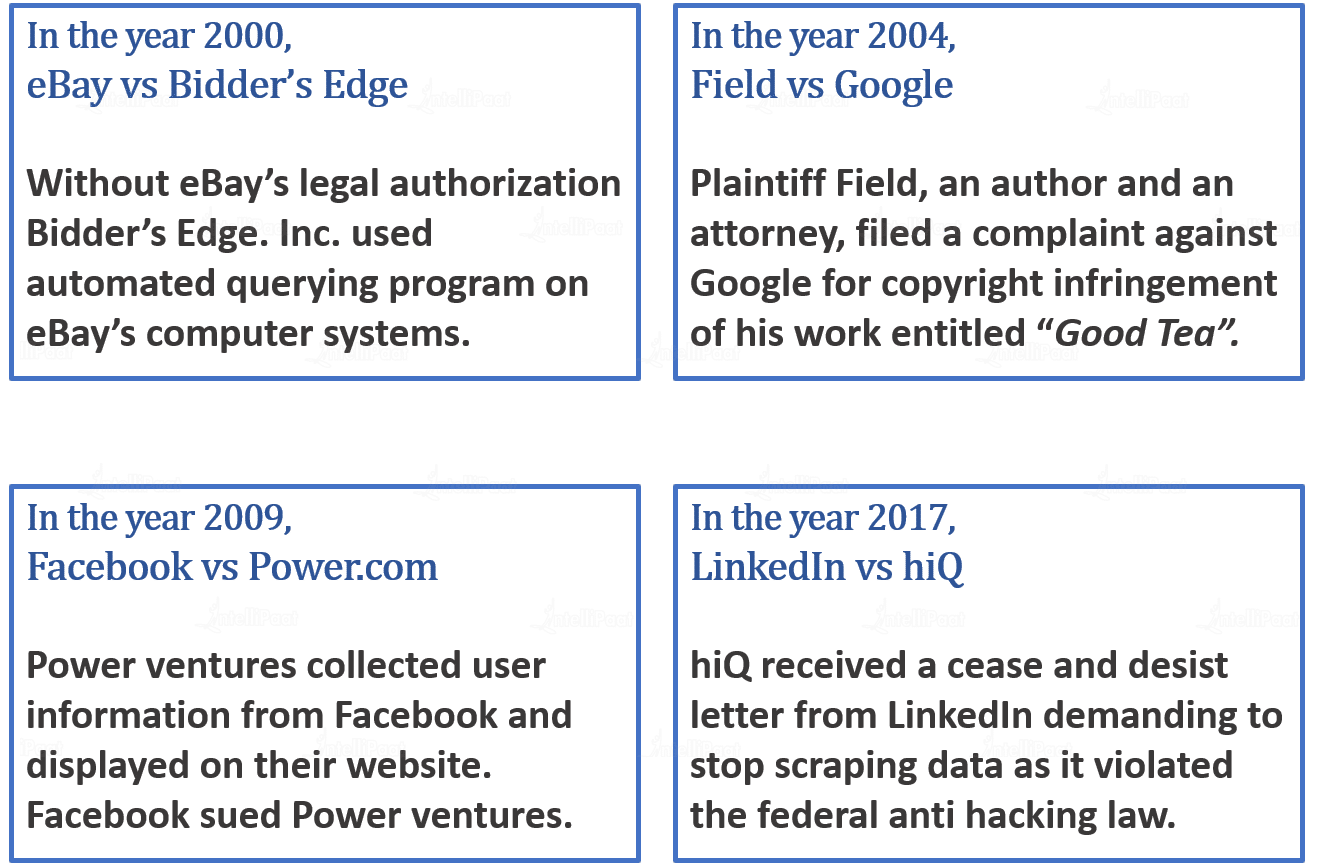 This is why, in order to perform ethical web scraping, web scrapers need to follow some rules. Let us discuss them before scraping the web.

Python is one of the most demanding skills right now in the market. Enroll in our Python course in Bangalore and become a Python Expert.

Before we start scraping the web, there are some rules that we must follow to avoid legal issues. They are: 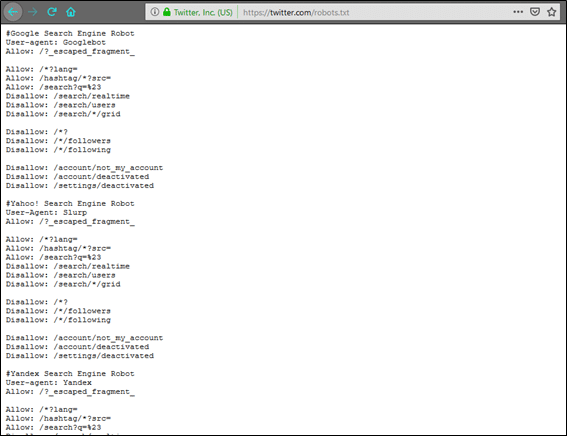 We will be using Python 3 and Jupyter Notebook throughout the hands-on. We will be importing two packages as well.

Go through these Python interview Questions and answers to excel in your career.

In this demonstration, we will be walking through our first Python web scraping project. We will be scraping the Wikipedia page to fetch the List of Indian Billionaires published by Forbes in the year 2018. We can fetch the List of Billionaires even after it gets updated for the year 2019 with the help of the same Python web scraping program. Exciting, right? Let us move ahead and get our hands dirty.
Step 1: Fetch the web page and convert the HTML page into text with the help of the Python request library

Step 2: In order to fetch useful information, convert Link_text (which is of string data type) into a BeautifulSoup object. Import BeautifulSoup library from bs4 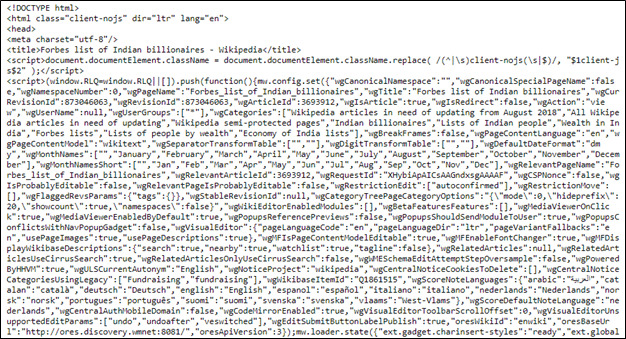 Step 3: With the help of the prettify() function, make the indentation proper 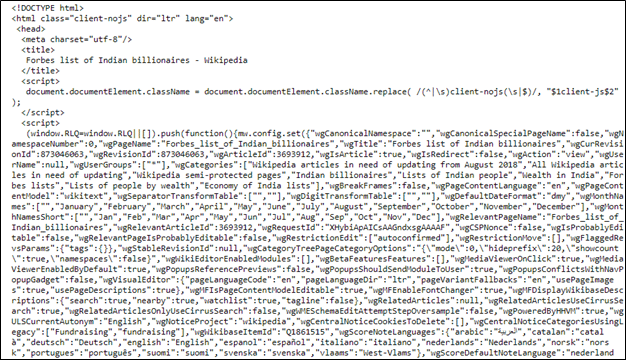 Step 4: To fetch the web page title, use soup.title

Output: The first title tag will be given out as an output.

Step 5: We want only the string part of the title, not the tags 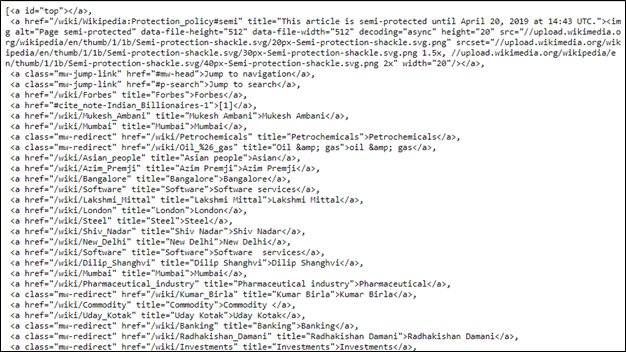 Step 8: Again, just the way we fetched title tags, we will fetch all table tags 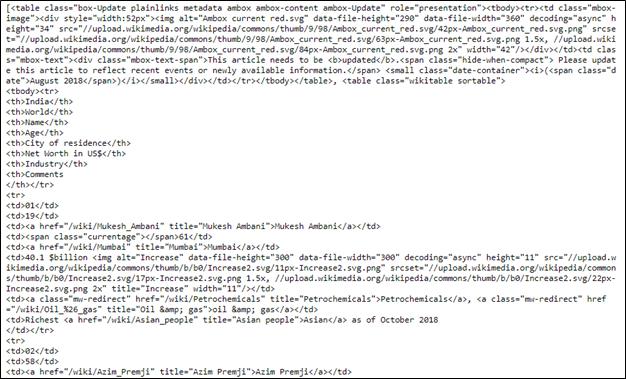 Step 9: Since our aim is to get the List of Billionaires from the wiki-page, we need to find out the table class name. Go to the webpage. Inspect the table by placing cursor over the table and inspect the element using ‘Shift+Q’. 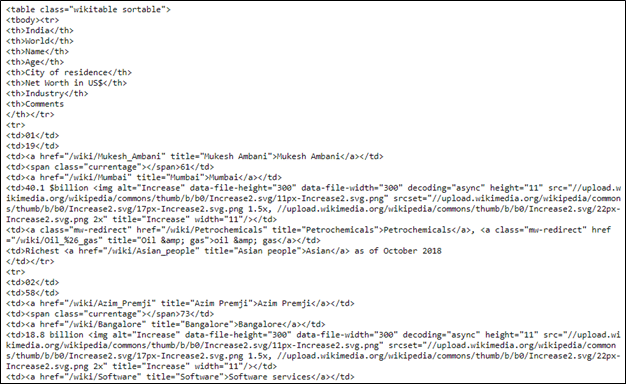 Step 11: We can see that the information that we want to retrieve from the table has <a> tags in them. So, find all the <a> tags from table_links. 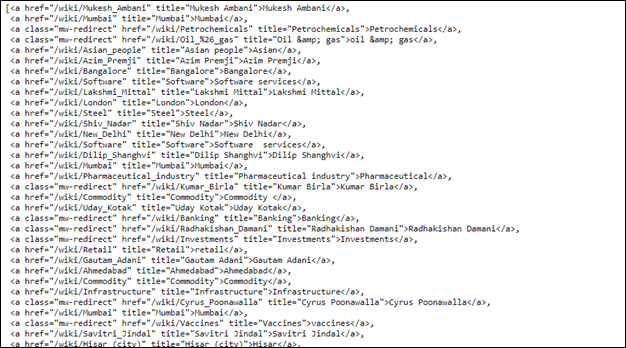 Step 12: In order to put the title on a list, iterate over table_links and append the title using the get() function

Step 13: Now that we have our required data in the form of a list, we will be using Python Pandas library to save the data in an Excel file. Before that, we have to convert the list into a DataFrame 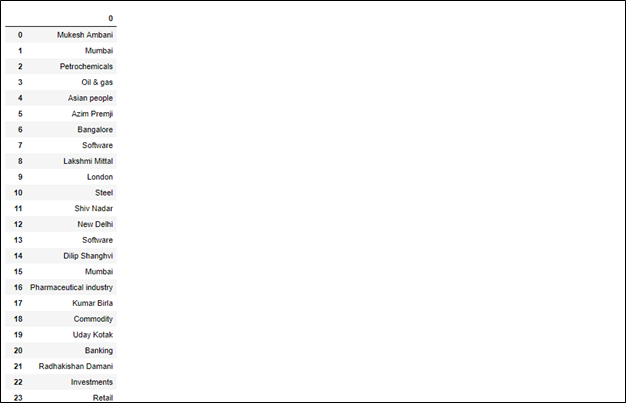 Step 14: Use the following method to write data into an Excel file.

Now our data has been saved into an Excel workbook with the name ‘indian_billionaires.xlsx’ and inside a sheet named ‘List’.
Step 15: Just to make sure if the Excel workbook is saved or not, read the file using read_excel 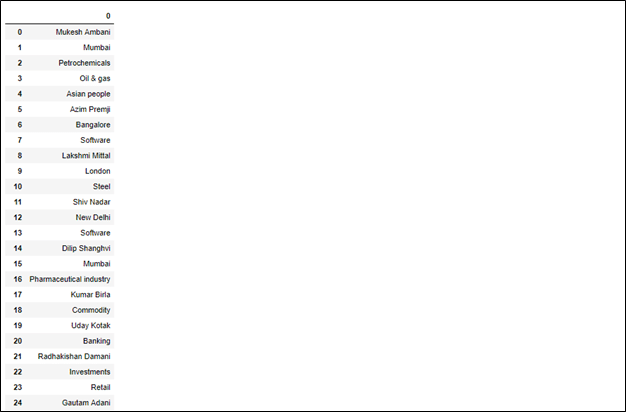