In this module, we will learn the basic Python syntax to write a Python program. We will be introduced to various elements of the Python syntax such as Python line structure, whitespace, indentation, identifiers, and more.

Python was specifically designed to be a highly readable language The Python Syntax is made for ease of use and have made it one of the most used language among freshers as well as experts. Python syntax is English like which makes it much easier to write, read and understand a python script as compared to a similar script written in other languages such as C or Java.
Go through this Python Certification Course to get a clear understanding of Python!

A syntax of any language refers to the structure of that language which includes a certain set of rules, subjective to that specific language. The Python syntax also comprises a set of rules and elements that collectively make up the Python Syntax.
Following is the list of topics that we will cover in this module, in case you want to jump to a specific one.

NOTE:  A logical line that only contains spaces, comments, or tabs are called blank lines and they are ignored by the interpreter.

As we saw that in Python, a new line simply means that a new statement has started. Although, Python does provide a way to split a statement into a multiline statement or to join multiple statements into one logical line. This can be helpful to increase the readability of the statement. Following are the two ways to split a line into two or more lines:

Want to learn Python from an Expert? Enroll in our best Python training in Bangalore and learn from Professional Industrial Expert.

In explicit line joining, we use a backward slash to split a statement into a multiline statement.
Example:

We can also use explicit line joining to join two or more physical lines into a logical line, using back slash.

Statements that reside inside [], {}, or () parentheses can be broken down into two or more physical lines without using a back slash.

Multiple Statements on a Single Line

In Python, it is possible to club multiple statements in the same line using a semi-colon; however, most programmers do not consider this to be a good practice as it reduces the readability of the code.

Unlike most of the programming languages, Python uses indentation to mark a block of code. According to Python coding style guideline or PEP8, we should keep an indent size of four. 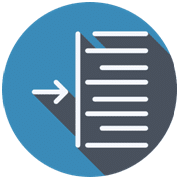 Most of the programming languages provide indentation for better code formatting and don’t enforce to have it. But in Python it is mandatory. This is why indentation is so crucial in Python.

For example, if we run the following code, we will get an error of ‘expected indentation’:

Identifiers in Python are nothing but user-defined names to represent programmable entities like (Python Variables, Python Functions, Python Class, Python Modules), or any other objects. But, there are a few rules that we need to follow while defining an identifier. They are:

Reserved words are nothing but a set of special words, which are reserved by Python and have specific meanings. Remember that we are not allowed to use keywords as Variables in Python.

This brings us to the end of this module to Learn Python. We learned about the Python Syntax along with the Python basics Syntax and Python Coding. Next module highlights Python variables. See you there!

Further, check our offers for Python training in London and prepare to excel in career with our free Python Interview Questions