In this module of the Python tutorial, we will learn about Python exception handling methods. This module highlights built in exception in Python classes and also try and except in Python, along with Python try-finally clause and raise exception Python.

So, without further delay, let’s get started.

What Is an Error in Python?

Before discussing how to deal with errors, let us try and understand what errors are in Python. Errors are nothing but mistakes in the code that are potentially harmful.

There are two types of errors in Python: 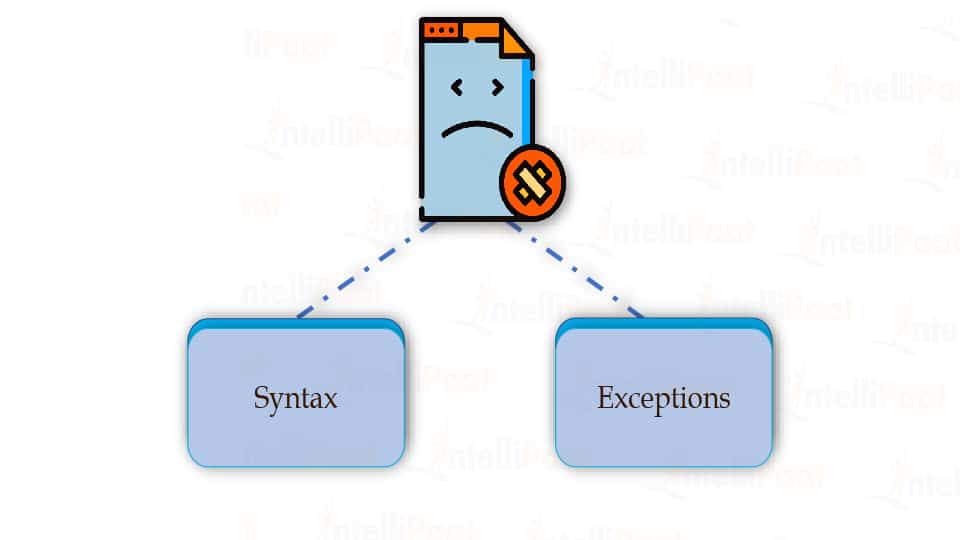 Exception in Python is nothing but errors that are encountered at the run time.

Some Built-in Exception in Python Classes

There are some built-in exceptions in Python classes that are already defined for generic cases. They are mentioned in the table below:

In Python, exceptions can be handled by two new methods:

It gets initiated with a try header line which is followed by a block of indented statements and then by one or more optional except clauses and then at the end an optional else clause can be used as shown below:

Now, let us understand this with an example:

What exactly is happening here?
Say, a chunk of code is written inside the try block that is suspected to raise a Python exception. Then, to handle that exception, we write the exception block. 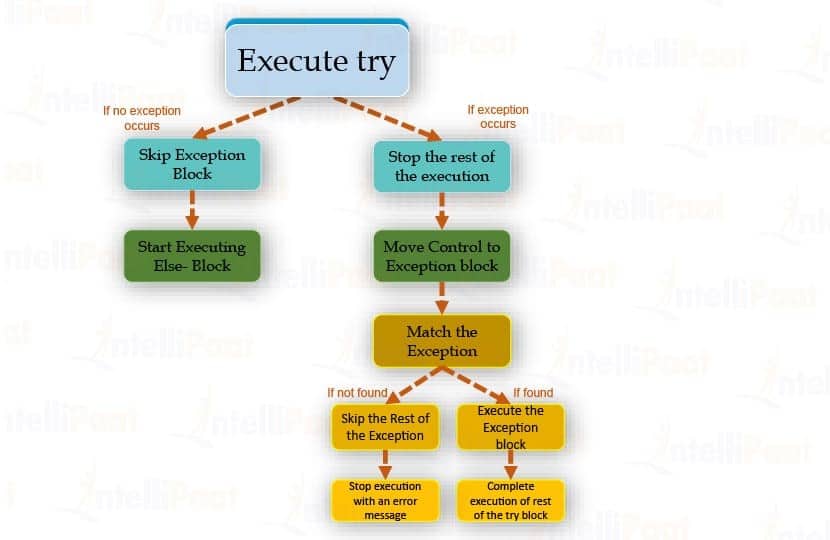 First, the try block is executed

Note: Python can handle any number of exceptions.

When a final clause is used in a try block, then its block of statements is always run by Python, whether an exception occurred while the try block was running or not:

Here, we can notice that the exception block is not executed. This is because the file gets closed after the execution of the finally block.

To trigger exceptions, we need to code raise statements. Their general form is simple: the keyword, ‘raise’, followed by the name of the exception to be raised.
Example:

Yes, it does make our codes robust and secure from potential errors, but exception handling in Python has a side effect too.
There are two types of errors in Python:

Therefore, we should use exceptions in Python only when we are unsure of a certain part of the code, not for normal error handling cases. This can be understood with the help of an example.

Difference between errors and exceptions in Python

They occur at runtime after the code has passed the syntax test.

Programmers can define their own exceptions by creating a new exception class. They need to be derived, indirectly or directly, from the built-in class, Exception. Most built-in exceptions are also derived from the same class.

This brings us to the end of this module in Python Tutorial. Now, if you want to know why Python is the most preferred language for data science, you can go through this blog on Python Data Science tutorial.

Further, check out our offers for Python Certification Course and also refer to the trending Python interview questions prepared by the industry experts.