In this part of the Blockchain tutorial, you will be introduced to the Ethereum Quick Reference Guide and cheat sheet, that you can refer to when you need a quick and handy reference to get started with all the basics of Ethereum.

Blockchain started as a tickle but in just a few years has become a flood. Banking sectors started to adopt this technology immediately. Even though it is still at the nascent stage, we can certainly see the future of Blockchain and its significance in each organization.

Check this Blockchain video by intellipaat

We are familiar with the fact that Blockchains can process code but there are certain limitations. Unlike Blockchain, Ethereum allows developers to create operations according to their needs.

In this cheat sheet, we are going to point out our important topics of Ethereum.
Download a Printable PDF of this Cheat Sheet 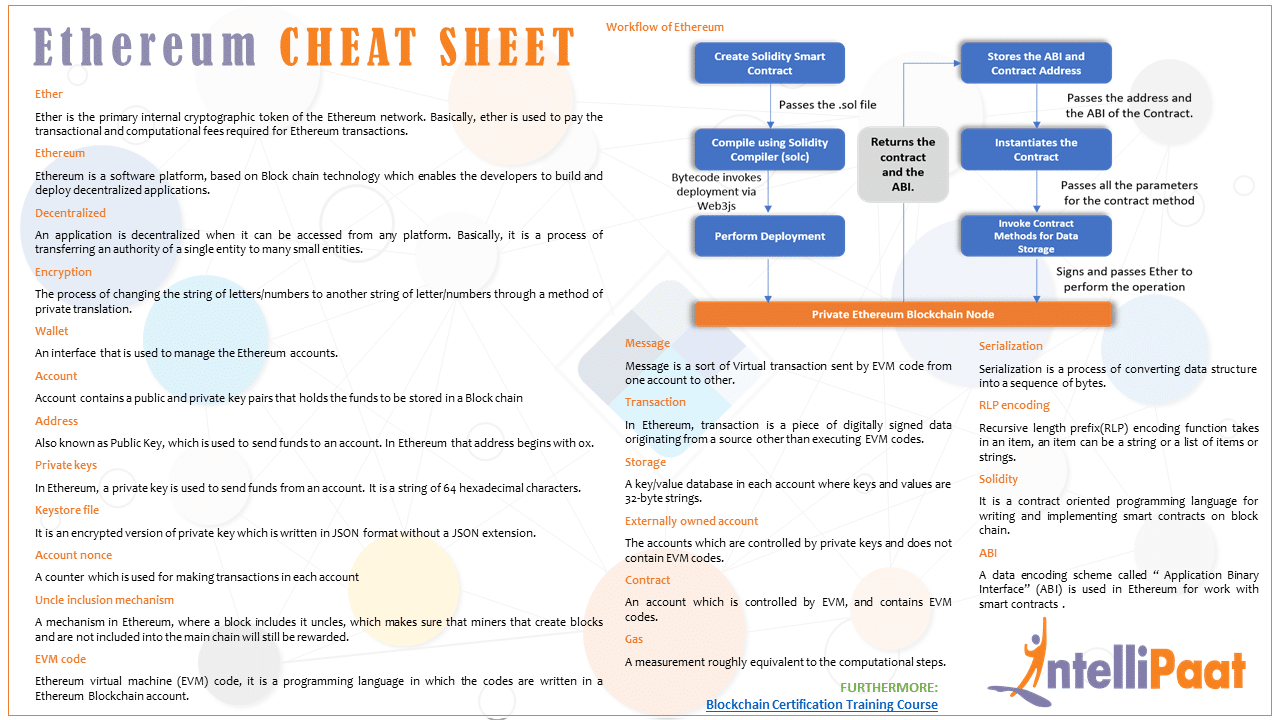 Ethereum is a software platform, based on Blockchain technology that enables developers to build and deploy decentralized applications.

Let us understand what Ether is, it is the primary internal cryptographic token of the Ethereum network. Basically, ether is used to pay the transactional and computational fees required for Ethereum transactions. 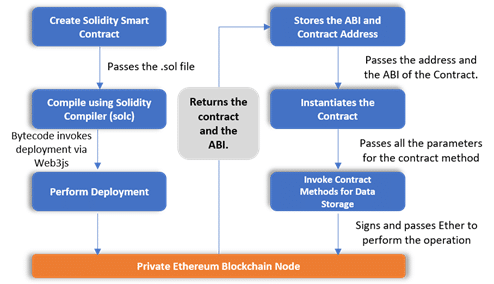 Preparing for a Job Interview? Check out our Blockchain Interview Questions and Answers!

With this, we come to an end of the Ethereum Cheat Sheet. To get in-depth knowledge, check out our interactive, live-online Blockchain course here, which comes with 24*7 support to guide you throughout your learning period. This course will let you learn the various aspects of structure, mechanism, advantages of blockchain technology, designing a blockchain network, deploying it for real-world applications, and more.