This part of the Solidity tutorial includes the Solidity Cheat Sheet. In this part, you will learn various aspects of Solidity that are possibly asked in interviews. Also, you will have a chance to understand the most important Solidity terminologies.

Are you a programmer looking for a powerful tool to work on Ethereum Virtual Machines? If yes, then you must take Solidity into consideration. This Solidity cheat sheet is designed for the one who has already started learning about Ethereum Blockchain and using Solidity as a tool, then this sheet will be a handy reference. Don’t worry if you are a beginner and have no idea about how Solidity works, this cheat sheet will give you a quick reference of the keywords, variables, syntax, and basics that you must know to get started.
Download the printable PDF of this Solidity cheat sheet 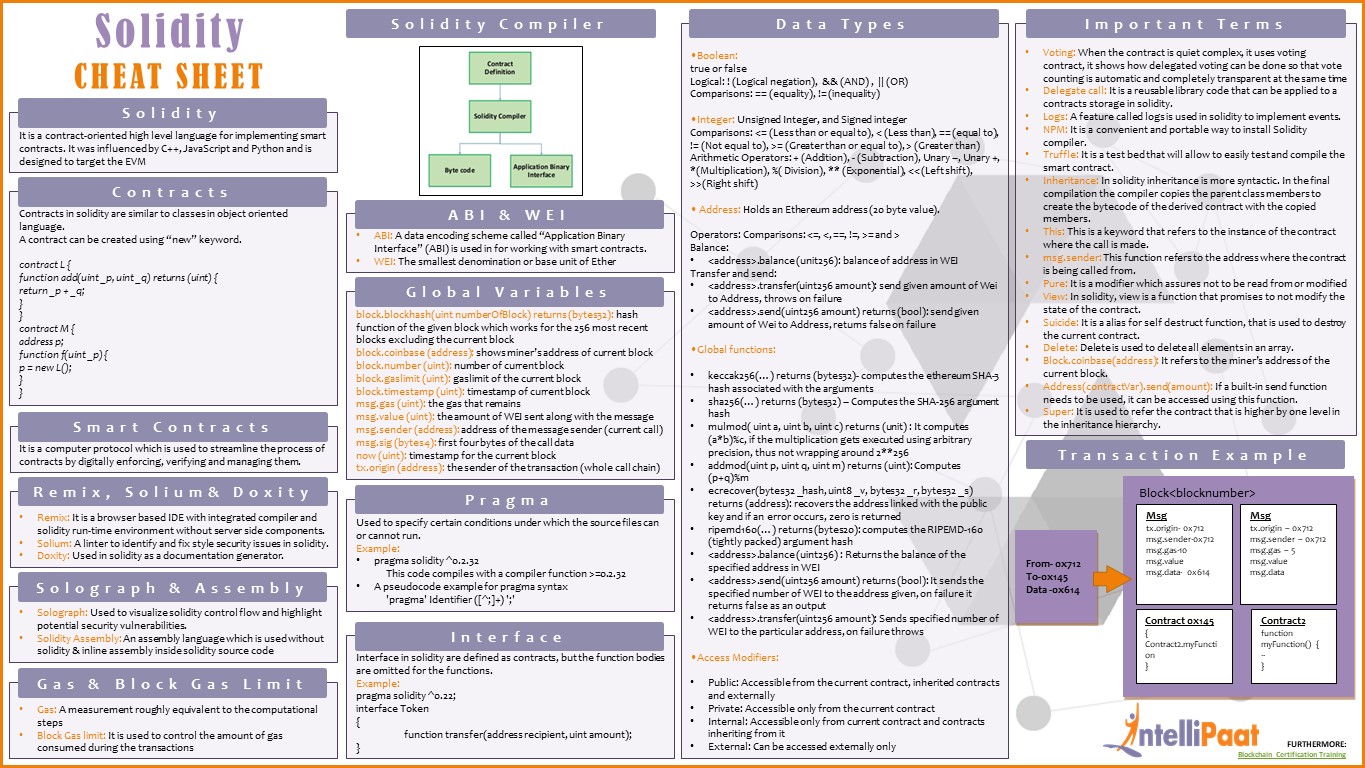 Solidity is a contract-oriented high-level language for implementing smart contracts. It was influenced by C++, JavaScript, and Python and is designed to target the EVM.

Contracts in solidity are similar to classes in an object-oriented language.
A contract can be created using the “new” keyword

Check this video on Blockchain by intellipaat:

The smart contract is a computer protocol that is used to streamline the process of contracts by digitally enforcing, verifying, and managing them.

Gas is a measurement roughly equivalent to the computational steps 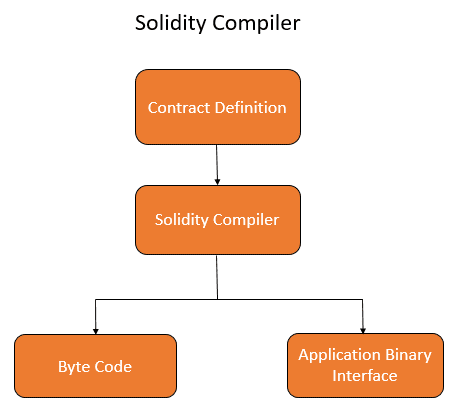 the smallest denomination or base unit of Ether.

Pragmas in solidity are used to specify certain conditions under which the source files can or cannot run
Example:

Syntax to import the files

An array can be dynamic or fixed size array

Mapping can be seen as hash tables, declared as mapping(_KeyType => _ValueType)

Syntax of a function:

Access Modifiers are keywords that set the accessibility of classes, methods, and other members and are used to facilitate the encapsulation of the components

Interface in solidity is defined as contracts, but the function bodies are omitted for the functions

Curious to know the Blockchain Interview Questions and Answers for 2023?

Download a Printable PDF of this Solidity Cheat Sheet

This would be all for the Solidity cheat sheet. In case you are looking to learn Solidity in depth then you should definitely check out the Blockchain Course provided by Intellipaat. In this online training, you will get to learn all about blockchains including bitcoin mining, Hyperledger, Block Explorer, Building a Private Blockchain, etc. You will work on real-life projects and assignments and prepare yourself for Certified Solidity Professional in this Solidity training. On top of that, you will have 24*7 technical support from our experts here at Intellipaat.