This module highlights Solidity and its use cases. The basics of Solidity are included here to equip you with a clear understanding of coding around Ethereum. 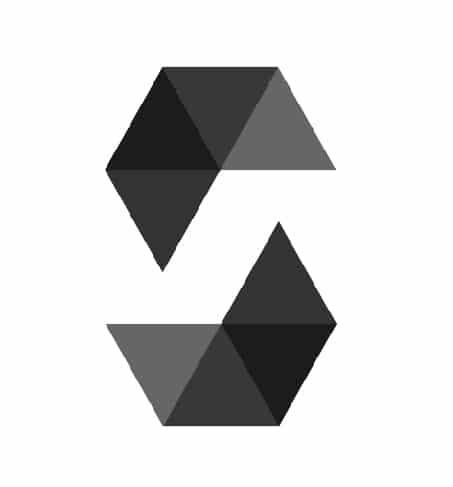 Solidity is a statically-typed programming language designed for developing smart contracts that run on the Ethereum Virtual Machine. With this language, developers can write applications that implement self-enforcing business logic embodied in smart contracts, leaving an authoritative record of transactions.

As specified by Dr. Gavin Wood, Solidity is designed around the JavaScript syntax to make it familiar for existing web developers. As opposed to other EVM-based languages, It has enhanced functionalities. These include:

Solidity is supported in several blockchain platforms including Ethereum, Ethereum Classic, Tendermint and ErisDB, and Counterparty.

Watch this video on “Solidity in Blockchain”

You can install Solidity Compiler using Binary Packages too. You can find it much more convenient by following the steps outlined on the official Solidity website. The website also features PPAs for Ubuntu and it also helps in obtaining the latest stable version.

Want to learn more about Blockchain? Check out our Blockchain tutorial!

The first line of the code declares that the source code for the program is to be written in Solidity 0.4.0. The code will be therefore compatible with EVMs that correspond to Solidity 0.4.0 or are superior. The expression ‘pragma’ refers to the instructions given to a compiler to sequentially execute the source code.

In the meanwhile, the function ‘get()’ returns an unsigned integer value. Overall, the whole code acts as a recursive function. This is considered best for smart contract implementations within a blockchain.

In this section, we will discuss the Solidity syntax basics. You can use this knowledge to build syntax for writing smart contracts using Solidity. A Solidity source file can contain any number of pragma directives, contract definitions, and import directives. Let’s start with a simple example of a Solidity file:

The first line is a pragma directive that tells the source code is written for Solidity version 0.4.0 and newer versions that don’t break functionality, excluding version 0.6.0. The pragma directive is always local to a source file and if you try to import another file, the pragma from the new file will not automatically apply to the importing file. So, if you are creating a pragma for a file that will not compile earlier than version 0.4.0 and it will also not work on a compiler, starting from version 0.5.0, will be written as:

Here in this command, the second condition is added by using ^.

A Solidity contract is a collection of code (its functions) and data (its state) that resides at a specific address on the Ethereum Blockchain. The different components of the contract help in declaring a state variable alongside configuring functions for modification or retrieval of variable values.

Even though the above examples didn’t feature an import statement, Solidity supports import statements that are very similar to those available in JavaScript. Let’s import all global symbols from “filename”.

Now to import a file x from the same directory as the current file, use import “./x” as x;. If you use import “x” as x; instead, an altogether different file could be referenced in a global “include directory”.

Here we will put Solidity in action for writing a program for Hello World.

Writing a program in any language requires variables to store various information. Variables could be termed to be reserved memory locations to store values. Creating a variable will reserve some space in memory. And this variable could be used in storing information like integer, character, wide character, floating-point, double floating point, boolean, etc. The Operating System allocates memory and decides what can be stored in this reserved memory based on the data type of a variable.

Local Variables: Variables whose values are present till the function is executed.

Global Variables: These are some special variables that exist in the global namespace used to get information about the blockchain.

Since Solidity is a statically typed language, that means their state, local variables need to be specified during declaration. Each declared variable has a default value based on its type. The concept of “undefined” or “null” doesn’t exist here.

The scope of local variables is limited to the function in which they are defined but State Variables can have three types of scopes and they are:

Public: Public state variables can be accessed internally as well as via messages.

Internal: Internal state variables can be accessed only internally from the current contract or a contract deriving from it without using this.

Private: Private state variables can be accessed only internally from the current contract they

are defined and not in the derived contract from it.

What better way to explain than with an example? Let’s take a simple expression 4+5 = 9. Here, 4 and 5 are called operands, and ‘+’ is called the operator. Solidity supports a few types of operators like:

Conditional Operator: Conditional (?:) – If the condition is true then the output is X, otherwise it’s Y.

Loops as in many languages are used in a scenario where you need to perform an action over and over again. In those cases, you would need loop statements to reduce the number of lines. Solidity supports all necessary loops to make programming easy. Let’s discuss some loops here:

While Loop: It’s the basic loop used in Solidity.

Do…While Loop: In this loop, the condition check happens at the end of the loop.

For Loop: It’s the most compact form of looping.

Loop Control: Solidity offers full control over the loops and the switch statements. You can use it to skip a part of the loop or block of code and iterate the next section using this.

Solidity supports String literal in both double quote (“) and single quote (‘). It provides string as a data type to declare a variable of type String.

Here in the above example, “test” is a string literal, and data is a string variable. Solidity provides inbuilt conversion between bytes to string and vice versa. We can assign String literal to a byte32 type variable easily.

Read more: Check out our blog on How to become a Blockchain developer?

The array is a data structure, which stores a fixed-size sequential collection of elements of the same type. It’s more useful to think of an array as a collection of the same type of variables. You can index each element inside an array. In Solidity, arrays could be compile-time fixed size or of dynamic size. All arrays hold contiguous memory locations, which means they share their borders or are in continuous sections. The lowest address corresponds to the first element and the highest address to the last element. Using commands, you can Declare an array, initialize an array, create a dynamic memory array, access array elements, etc.

Functions are reusable code that can be called anywhere in your program. Functions help in eliminating the need for writing the same code again and again. Functions help programmers in writing modular codes. These functionalities allow programmers to divide a big program into a number of small and manageable functions. Like all the other advanced languages, Solidity supports all the features necessary to write modular code using functions.

A Contractor in Solidity is similar to a Class in C++. A Contract has the following properties:

Constructor: A special function declared with a constructor keyword that will be executed once per contract and is invoked when a contract is created.

State Variables: Variables per contract to store the state of the contract.

Functions: Functions per the contract that can modify the state variables to alter the state of a contract.

Learn about the important terminologies in our blog on Solidity Cheat Sheet!

It is a highly advanced programming language that has made coding around blockchain platforms extremely easy. Being easy to understand and relatively easy to use, Solidity has many applications.

Solidity programming language is a flexible and easy-to-understand language. It helps in developing smart contracts. It is also the preferred language for Blockchain development, focused on Ethereum. It is very extensive with its functionalities and is built around the simplicity concept. It has taken inspiration from C, C++, and JavaScript, which makes it very easy to get master the language.

Later, check out the offers for Blockchain Course to achieve certification.