What are Smart Contracts Blockchain?

What are Blockchain smart contracts with respect to Bitcoins?

In 2018, a US Senate report said: ‘While smart contracts blockchain might sound new, the concept is rooted in basic contract law. Usually, the judicial system adjudicates contractual disputes and enforces terms, but it is also common to have another arbitration method, especially for international transactions. With smart contracts blockchain, a program enforces the contract built into the code.’

Watch this video on “Smart Contract” 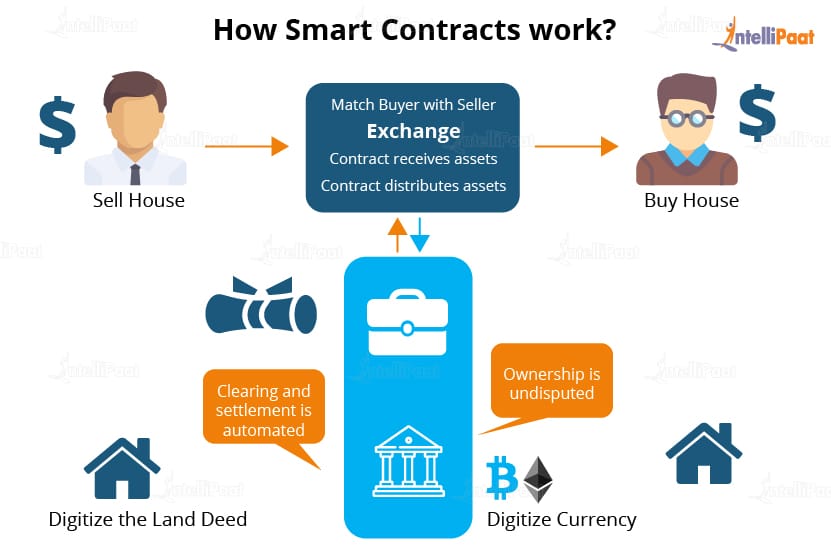 There are several types of blockchain smart contracts. They are listed as follows:

In a paper that he published in 1994, Szabo proposed the execution of a contract for synthetic assets including derivatives and bonds. He referred to the sale and purchase of derivatives with complex terms.
‘These new securities are formed by combining securities and derivatives in a wide variety of ways. Very complex term structures for payments can now be built into standardized contracts and traded with low transaction costs, due to computerized analysis of these complex term structures,’ he wrote.
Further, check our online Blockchain course for certification and prepare yourself with our free Blockchain interview questions listed by the experts.