Home / Tutorial / What is EOS Blockchain?

What is EOS Blockchain?

This module of the Blockchain tutorial centers around the EOS blockchain and explains its specific use cases. It gives us insights into the key distinguishing features and functionalities of EOS and explains its characteristics.

DApps or Decentralized Applications are applications that are on a peer-to-peer network or a Blockchain. They are not controlled by one authority. DApps are usually built on the Ethereum platform. They can be used for different purposes like finance, gaming, and social media.

When a standard web application like Facebook is used, users can do a lot of things on the app. But, the backend is controlled by a single unit or an organization. DApps or peer-to-peer networks work differently in the way that their backend isn’t controlled by just a single organization.

Under DApps or peer-to-peer networks, multiple people consume content as well as control the backend.

Why use EOS Blockchain?

The system was designed to help DApps on a commercial scale. It helps organizations in building blockchain apps in the same way as building web apps.

The EOS Blockchain mechanism is built to avoid bottlenecks. It uses an asynchronous communication methodology and parallel execution throughout the network.

How does EOS differ from other blockchains?

EOS is aiming to be much faster, bigger, and better in the future, to be able to handle 15 million transactions per second.

EOS blockchain or EOS.IO is a blockchain protocol that is powered by its native cryptocurrency EOS. The protocol emulates almost every attribute of a real computer including CPUs, GPUs, local memories like RAM, and hard disk storage with computing resources that are distributed equally among EOS cryptocurrency possessors. Operating as a smart contract platform, EOS.IO is a decentralized operating system that aims at the deployment of industry-scale decentralized applications through a decentralized autonomous corporation model. In simple words, with its infrastructure, EOS.IO aims at eliminating transaction fees and having the ability to conduct millions of transactions per second.

With scalability being one of the most brutal issues that today’s blockchains are exposed to, it is high time for a technology to evolve and remove this fallacy. As an aid to the whole scalability issue, EOS.IO claims that with the distributed proof-of-stake (DPOS) consensus mechanism, it can compute millions of transactions in a second, unlike conventional blockchain protocols which could manage a mere 3 or 4 transactions per second.

EOS.IO entertains the maintenance of governance by establishing jurisdiction and choice of law, along with manually accepted rules. Every single transaction in EOS is bound to contain the hash code of the constitution on its signature, making security a mandate for each transaction.

This feature allows program instructions to be divided among multiple processors which in turn reduces the running time of programs by a great deal. Through specific facets of horizontal scalability, asynchronous communication, and interoperability, EOS.IO makes it possible for stakeholders to leverage parallel processing while dealing with blockchains.

This is another feature that intrigues EOS.IO as a highly advanced blockchain protocol. Every blockchain which is based on the EOS.IO protocol is required to generate a 5 percent inflation every year to be distributed to the platform’s block producers in connection with their confirmation of transactions on the platform. This ensures that the blockchain is not dependent on a single foundation, organization, or individual for its growth, development, or maintenance.

This specific feature of EOS.IO probably sets it apart from its counterparts. Owing to the decentralized operating system functionality, the protocol positions itself as an operating system in the marketplace.

Want to become a certified professional? Check out our Blockchain Course!

What is the EOS Blockchain price?

EOS Blockchain is different from Bitcoin Blockchain, as it doesn’t use mining. The required number of blocks is produced when needed. The producers are, in turn, awarded with EOS tokens for each block they produce. EOS tokens are the cryptocurrency of EOS.IO.

There are high chances of misuse in this case as block producers will obviously want more payment. To prevent this from happening, a cap of 5% has been put on the total hike a block producer can get in a year. If some block producers demand more tokens, they can be voted out by the token holders.

Also read, our blog on the future of Blockchain Technology!

What is the EOS Blockchain Wallet?

You need to create an EOS Wallet before you can start trading in EOS. The EOS Wallet is used for receiving and sending EOS tokens. It comes in a digital as well as a physical form. The EOS Wallet stores your private and public keys, connecting them with a ledger. 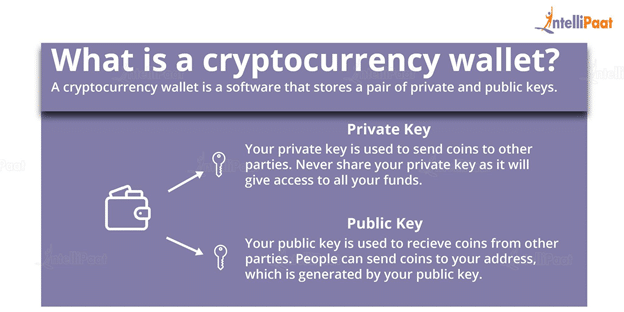 There are a lot of EOS Wallet options available. Some of the most popular ones are: 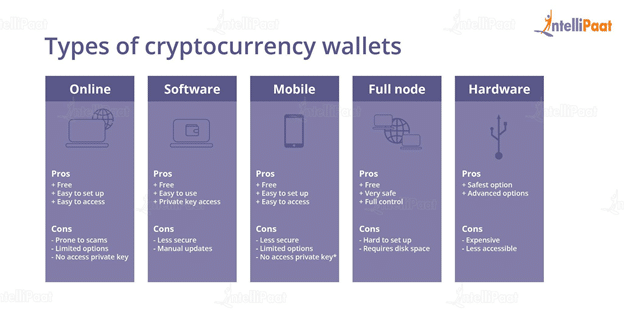 EOS has big plans for the future. It aims to be better, bigger, and faster. One of the major goals is to be able to handle over 15 million transactions a second, which is way more than its competitor, Ethereum Blockchain.

DApps are growing in number every day. This has caused a resource availability crisis on the blockchain network. EOS is looking forward to bridging the gap by offering more flexibility, usability, and scalability.

There is a potential for EOS Blockchain in the market. A lot of experts have shared their doubts about its claims for the future. Even though it has been generating buzz and being touted as the direct competitor to Ethereum, the need for holding EOS tokens for any transaction, is withholding its appeal.

Get ready for a Blockchain developer job by going through these Top Blockchain Interview Questions and Answers!

What is EOS Blockchain?