Over the past few years, Python has become a big buzz in the field of modern Software Development, Infrastructure Management and specially in Data Science and Artificial Intelligence. Most recently Python has rose to the top 3 list of TIOBE index of language popularity. 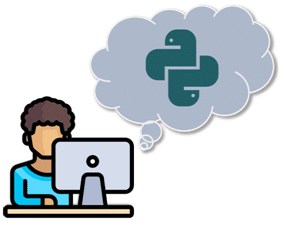 In the current world, Data is a commodity, but only a few people have the capability to process it and provide valuable insight that the reason why there is a huge demand in this domain. And this is the reason why it is called as the sexiest job of the 21st century’, or ‘hottest job of the decade’. Seeing this demand of data scientists McKinsey had also predicted that there will be a 50 percent of the gap in the supply of data scientists versus its demand by 2018. In the current industry, there is a huge need for Skilled, certified data scientists. They are among the highest-paid professionals in the IT industry. The median salary for entry-level data scientists ranges from $80,000 to $95,000, and managers making as much as $250,000 a year. In India, startups are paying an average salary 10.08 lakh to Data Scientists.
So, If you’re just interested in any data-related topic, or even if you’re pursuing a career in data science, you must invest time to keep up with the trends. Following a few of our blogs is a great way to stay abreast of developments in this domain And, if you’re interested in Python, check out our best offer for Python Certification and online training.
Before we go further, let me give you a quick rundown of all the topics we are going to cover in this module, in case you want to jump to a specific section: 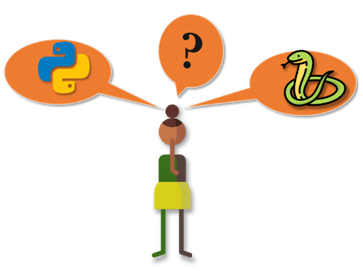 Python is a high-level, general-purpose programming language with an elegant syntax that allows programmers to focus more on problem-solving rather than syntax errors. One of the primary goals of Python’s Developers is keeping it fun to use.
Python is becoming increasingly ubiquitous, but you must be wondering why python has become such a hot topic in the developer’s world. Let us discuss why to choose Python over other programming languages?

Why choose python over any other language?

When compared to any other high-level programming languages such as C++ and Java, it requires the programmer to develop lesser codes. Python is designed to be simple, easy to read and write.
Python can be utilized for a wide range of applications such as scripting, developing and testing. Because of its elegance and simplicity, Dropbox, Google, Quora, Hewlett-Packard, and so many top tech-companies have already implemented Python.
With the growing trend of Data Science and Machine Learning, Python has equally become one of the most important scripting languages in the 21st century, because of its wide range of libraries and framework.
Some of the characteristics of Python programming which makes it a popular language are: 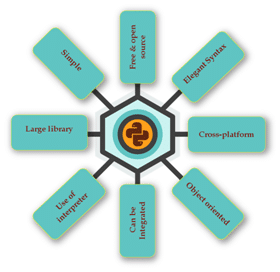 Python was developed at a time when many other dynamics and open-source programming languages like Tcl, Perl, Ruby etc. were also being actively developed and gaining popularity.

The below-given image depicts the python logo then vs Python logo now.

In January 1994, the first version of Python 1.0 was released. This python version includes the major new features like the functional programming tools filter, reduce, map, and lambda etc.

After Six and a half years later, Python 2.0 was introduced in October 2000. In this release, a full garbage collector, list comprehensions were included, and it also supports Unicode.

Difference between python 2.0 and Python 3.0

To check which Python version you have in your system you can:

With this, we have come to an end of this module. In the next module, we will be going through the installation process of Python in Windows, Linux and Mac operating systems.

See you there. Meanwhile you can upgrade yourself with our Python Interview Questions created from the experts.